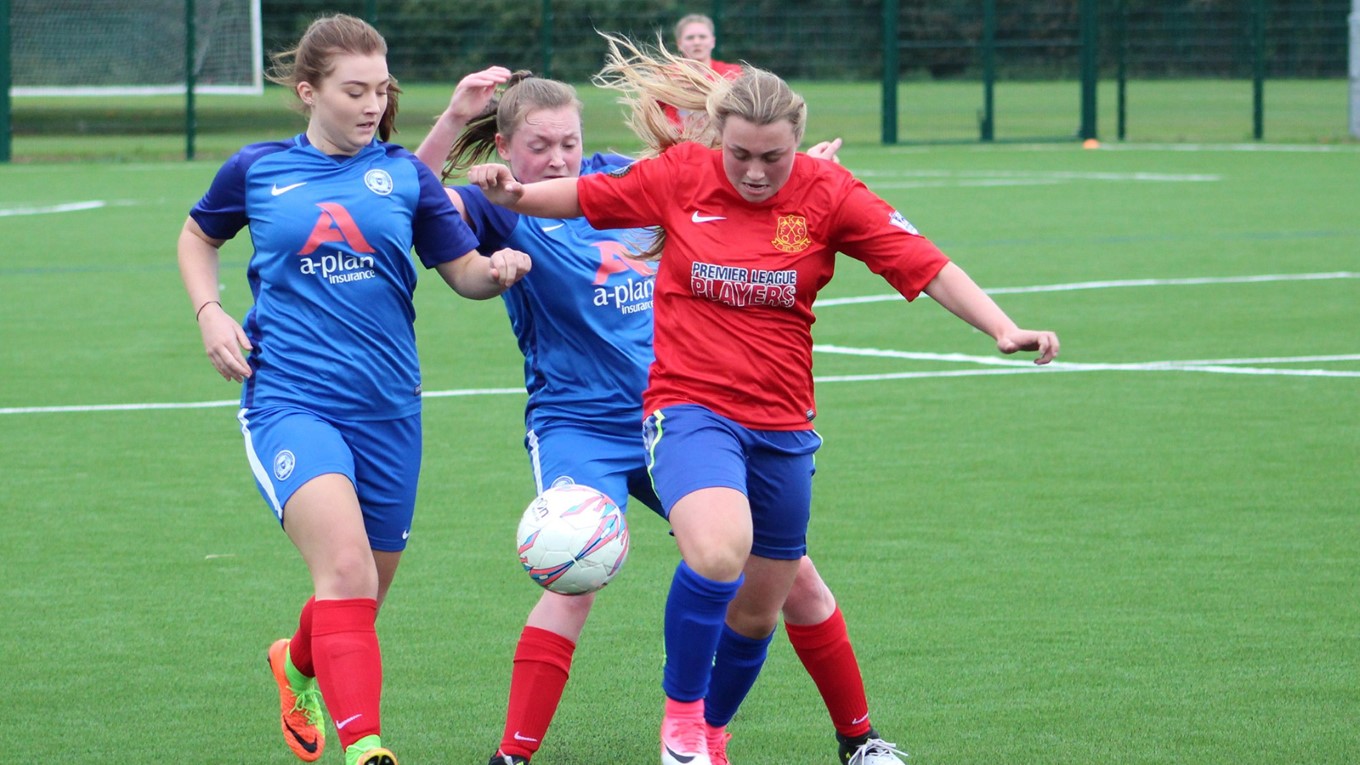 Peterborough United Ladies Reserves started off strong, by creating many chances, however they were denied by the Kettering keeper, who makes some good saves denying Posh any goals early on.

After pressuring Kettering in their own half Jess Driscoll managed to find the net twice within a couple of minutes. Kettering however finished off the first half looking strong.

In the second half, Kettering started the same way as they finished the first half, managing to score two quick goals early on. With the score being 2-2 neither team was prepared to leave it at that, however Posh managed to make a breakthrough allowing Holly to score from long range making it 3-2.

At this point Posh managed to pick up the tempo of their play. Jess Driscoll made it 4-2 by colly slotting it past the Keeper. Kettering kept pushing for a goal having a couple of opportunities however was unable to covert.

Georgie Elsom managed to get on the score sheet after making a break from midfield, taking the score to 5-2. Kettering wasn’t giving up without a fight and pushed for their 3rd goal of the game, 5-3.

After their 3rd goal Kettering carried on push forcing Posh’s goalkeeper to make a great saves. Posh managed to regain possession and dominate the last 10 minutes of the game, which created Jess L to get another goal for her team making it 6-3 Posh.