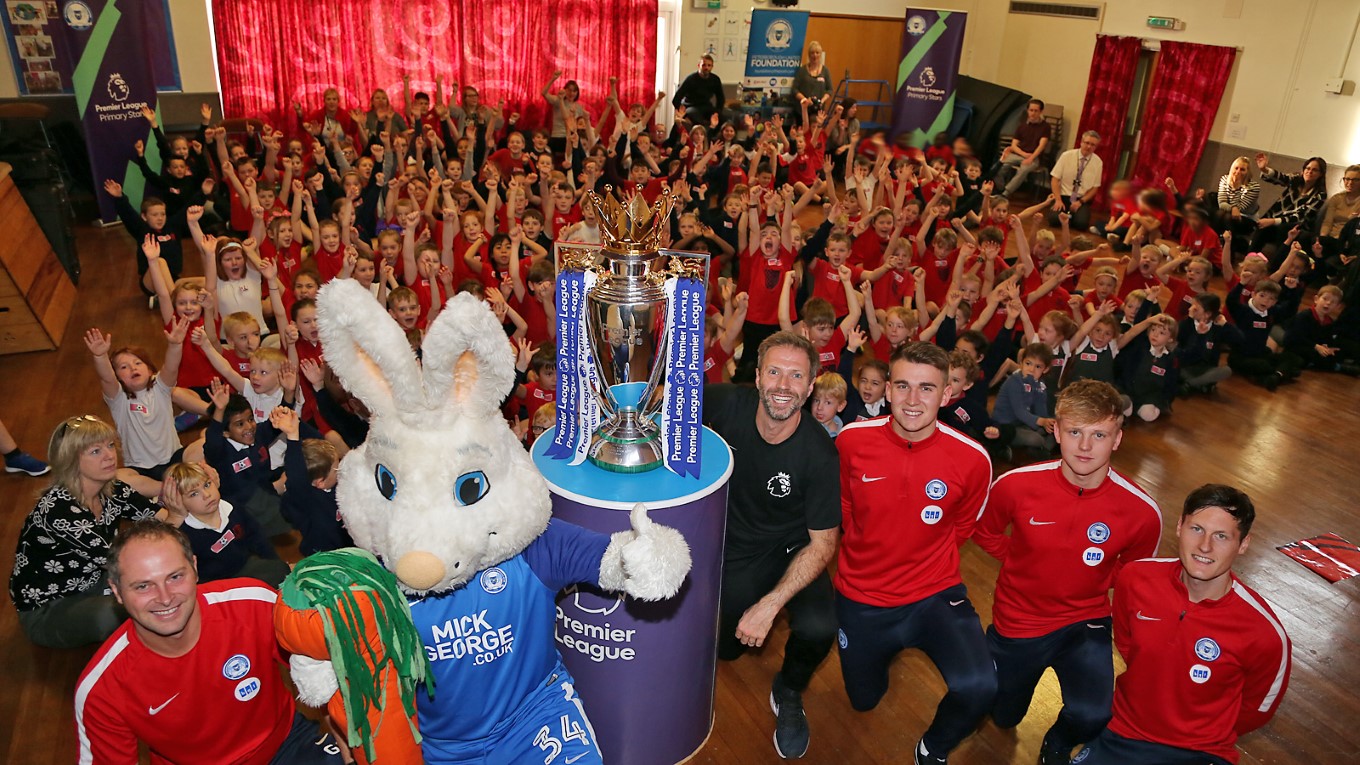 It was a big day for Bluecoat County Primary School, Stamford on Wednesday as pupils participated in plenty of activities scheduled by the Premier League Primary Stars programme with the Peterborough United Foundation delivering coaching, education and arranging a small-sided tournament at the home of Stamford Football Club for schools within the area.

In the morning, the youngsters were educated on a number of key messages through the Primary Stars programme before being introduced to popular Posh mascot Peter Burrow, who managed to behave himself despite being in the presence of the Premier League trophy, lifted by Chelsea last season.

All of the youngsters were given free tickets to a forthcoming home fixture at the ABAX Stadium and a match day programme before having a picture with the trophy and learning more about its journey across the world.

In the afternoon, in-form Posh attacking midfielder Danny Lloyd was the special guest at the tournament, watching the excellent small-sided games and handing out Premier League stickers to those that impressed in the key areas of fairness, ambition, being connected and being inspired.

Lloyd said: “It was great to see the youngsters playing with a smile on their faces and they certainly were adhering to the messages that they had learned about. It is great that the Premier League are doing so much to help the grassroots game and coming to the community with the trophy and putting on these sessions.

“I was pleased to be able to come down and spend some time watching the games and handing out the medals and trophies. I remember going to fun days when I was a kid at Everton and I still remember meeting some of the first team players at that time. It had a big impact on me so it is important that we get out and be a major part of the community.”

Ryan Johnson, Premier League Primary Stars co-ordinator, said: “It was a good day. The kids were really engaging and had a smile on their face which is what it is all about. You could see that they took in all of the key messages that the programme delivers. I want to thank Jez Weeks from the Premier League for leading the day, the coaches for the hard work that they put in and the schools for their co-operation, but most of all, I want to thank the youngsters for getting involved.”