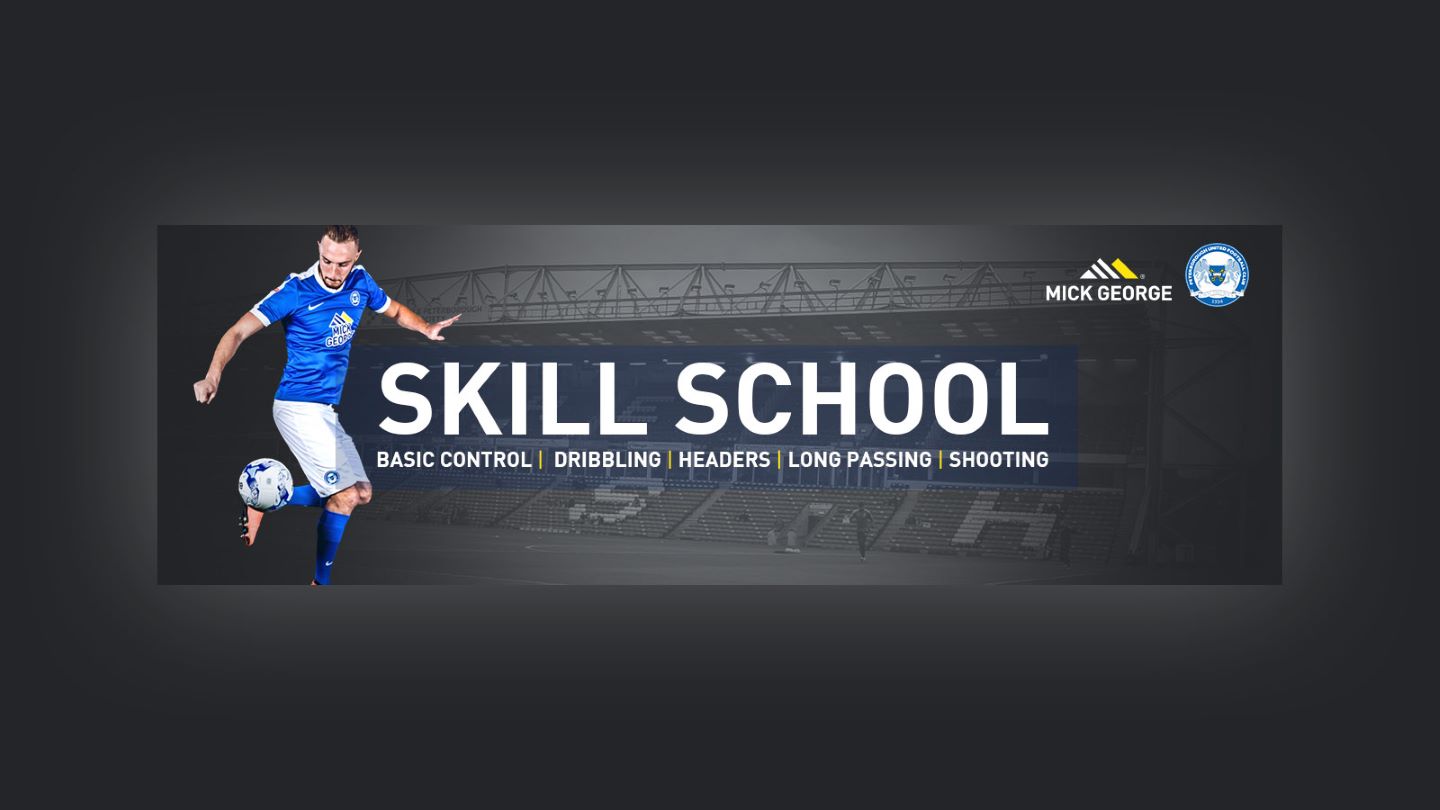 Much has been made in the footballing media, among pundits and professionals alike about the apparent lack of talent coming through the academies at English Football League Clubs, which is consequently having a knock on effect to the standard of the game and the achievements of the national side.

One conclusion that has been drawn is the shift in hobbies and interests that younger societies are now engaged with. There is no getting away from the phenomena that is the internet, or social media, so why not use this as a channel to teach football skills and build on the practical element that is physically being executed in gardens, streets and parks up and down the country.

Mick George Ltd, official sponsor of Peterborough United FC and the Mick George Training Academy, has combined with the club’s coaching team and players to produce a collection of short, informative clips that can be viewed online, advising viewers on the best techniques to perform a host of footballing skills.

From the basic art of passing, heading and shooting, through to more complex positional awareness or ball retention, right through to the more extravagant volleys, the footage gives youngsters an insight how best to execute each skill and the knowledge on how to develop and practice.

Each skill will be released daily via the Mick George Social Media channels and at www.mickgeorge.co.uk/skills-school

The initiative is aimed to support what is being taught at grass root levels and schools, but with it being displayed in a different manner and in an environment which is a little less competitive or pressured, it may appeal to a wider audience.

Likewise, it provides parents the opportunity to engage with their children on a topic they may not have previously, whilst making them more active, taking them away from computer consoles and the likes.

Many youngsters only get the chance to see the abundance of skills being presented here, on TV coverage, in full speed. To have a tutorial based session like this, that discusses the intricacies in detail, should be far more beneficial.

Jon Stump, Finance Director at Mick George Ltd commented: ‘’The Mick George Training Academy is instrumental in the development of Peterborough United Football Club, and that is no different for the majority of lower league clubs. Restricted budgets mean that these clubs rely on sourcing emerging talent through alternative resources, rather than simply acquiring.‘’

Stump continued: ‘’Through our partnerships with the club and other local sports clubs, Mick George Ltd is actively occupied in raising the profile of each of the respective sports, and hopes initiatives such as this have the desired effect in boosting participation.’’