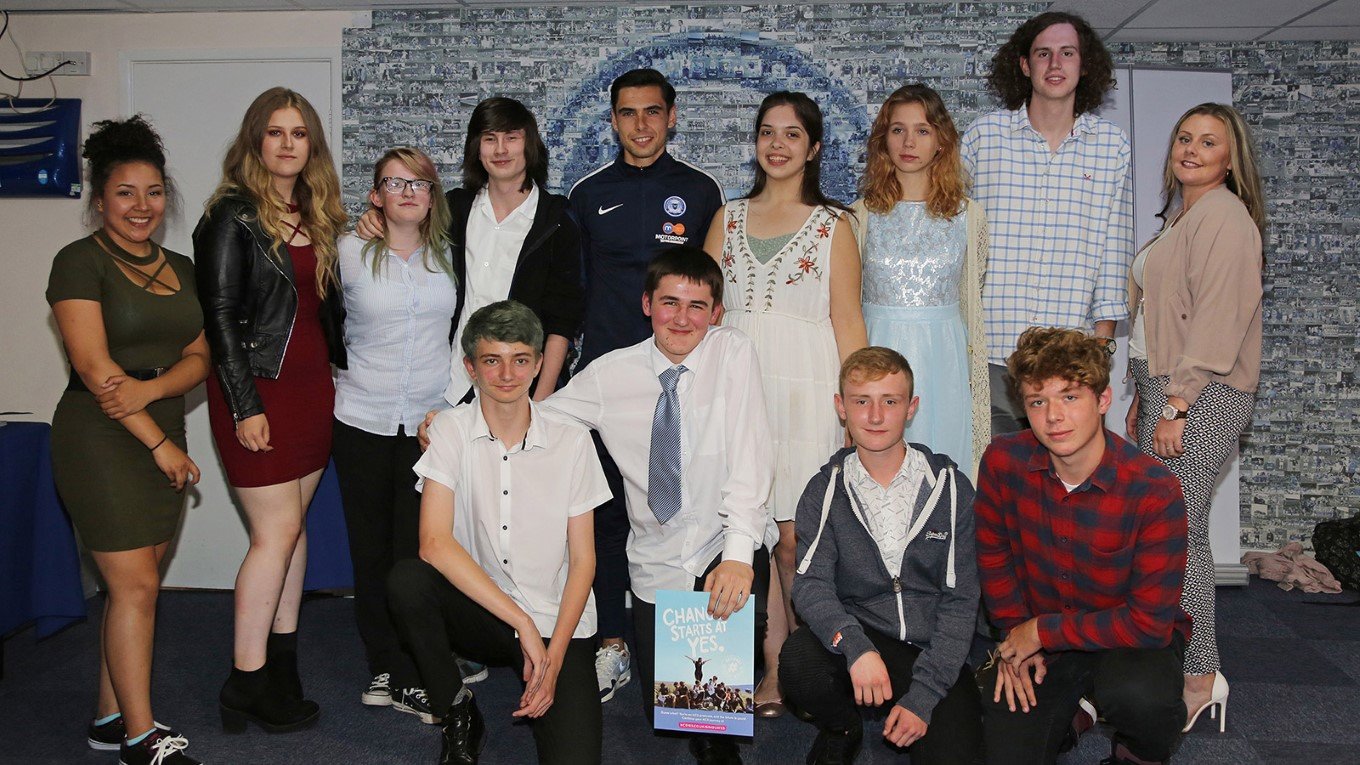 Following on from the conclusion of the NCS Wave 1 programme this week, first team player Callum Chettle attended the Graduation evening to hand out certificates to the 15-17 year olds taking part.

NCS brings young people together from various different backgrounds and offers them new opportunities as they take on new challenges, new skills and engage with new people. Enabling these young people to discover new talents and uncover their potential while having fun and enjoying themselves, the scheme has proved to be a resounding success once more.

During this Summer programme, as a football club, we saw us take our biggest numbers so far as plans to grow the project continue. Students were challenged in many ways from staying away from home, to learning new skills such as cooking, cleaning and taking on new responsibilities. During the Social Action Project Planning and Delivery phases we have seen students come up with new and interesting ideas. A lot of work went into their planning as they learned new ways of helping the community.

Groups have been taking part in sponsored walks, cake sales and bucket collections in order to raise funds for their chosen charities. One group supported a Mental Health Charity called CSPL Mind where they created awareness through a Facebook page as well as designed them a scrap book to leave their legacy. They also raised £426.75 to go towards their ‘Stress Less’ campaign. Another group created a sensory garden in a local primary school where they used their gardening skills to dig up and recreate a space for younger children returning to school in September. They raised £308 and bought benches, sand pits, wind-chimes, painted fences and gave the garden a whole new look.

Team leader Jessica Follett added: ‘The team have been very creative with the sensory garden, they have really transformed it into something amazing and the school are overwhelmed with the hard work the young people have put in.’ Our final group helped a children’s charity called Little Miracles where they raised funds to buy the children new games, benches, bean bags, colouring books and lots more. At the end of the delivery week the young people presented these to the charity as well as staying to spend some time with the children. All three groups with completely different ideas have helped the community in many ways.

NCS Co-ordinator Megan Stickland says ‘I have been working on the programme for 3 years now and I can really see the difference it makes to the lives of the young people. The young people have developed very good social mixing skills as they have clearly come together as a group to create amazing projects in the community. I would like to thank Callum Chettle for presenting the awards and the organisations that have helped support throughout the programme’.

Peterborough United’s next NCS programme takes place this Autumn 2017 and next Summer 2018. If you are interested or know of any 16 to 17 year olds that would want more information on the NCS Programmes, then contact Megan Stickland: megan.stickland@theposh.com.