Peterborough United make the trip to the MKM Stadium on Wednesday night (7.45pm) to face Grant McCann’s Hull City side in Sky Bet Championship action and with both sides struggling for form, it could well be a tense affair in Humberside as both clubs look to move away from the bottom of the table.

The Tigers are one place outside of the drop zone and two places above Darren Ferguson’s men going into the game with both sides suffering 2-0 defeats on the road last time out with Huddersfield Town defeating Hull 2-0 while Posh were beaten by the same score-line at the Riverside Stadium against Middlesbrough.

Posh are reporting no fresh injury worries to contend with ahead of the clash so Jack Marriott, Ricky-Jade Jones and Joel Randall remain the side-lined trio with injury while Jonson Clarke-Harris is serving the third of his four-match ban.

Hull could make a switch up front with Tom Eaves and Josh Magennis eyeing the central forward spot with Tyler Smith substituted midway through the second half in the defeat to Huddersfield. George Moncur, a one-time Posh loanee under Grant McCann, is another pushing hard for a starting berth.

“It is a big pitch at Hull City. I have watched a few of their games of late and I have seen Grant at a couple of our matches too so we both know quite a bit about each other’s sides. We know there were positives to take at the weekend, but ultimately we know where we need to improve, we have talked to the players about that, but they have to take responsibility when it comes to the final third,” Darren Ferguson said.

Fans can watch the game overseas and in the UK on iFollow with £10 match passes available. The game is also on the Sky Football red button.

Tickets are on sale until 12pm on Wednesday at www.theposhtickets.com and via the Weston Homes Stadium Box Office. The game is not all-ticket. Supporters can pay at the Pitch Side Bar which is situated near the away turnstile (North East Corner of the Stadium).  The Bar opens 2 hours prior to kick-off and it is cash only. As at 2pm on Tuesday, 332 tickets had been sold to Posh fans.

Posh pick up first away win with 2-1 victory against Hull City at the MKM Stadium.

Siriki Dembele netted the winner as Peterborough United secured their first win on the road in Sky Bet Championship action as Darren Ferguson’s men moved out of the relegation zone with a 2-1 victory against Grant McCann’s Hull City.

Midfielder Jack Taylor raced onto a Nathan Thompson pass on six minutes, but the former Barnet man curled his effort over the top from the edge of the penalty area. At the other end, Di’Shon Bernard hooked a volley over the crossbar after a corner was recycled back into the box.

Ronnie Edwards followed Tom Huddlestone into the referee’s book, the Posh man cautioned for a foul while the experienced Hull man was shown a yellow for dissent. Huddlestone struck the outside of the post from 25-yards on 17 minutes after Cornell had punched a Honeyman free-kick clear.

Lewis-Potter was denied by a smothering stop from Dai Cornell after Honeyman had got away with a pretty obvious handball in the build-up. Jorge Grant saw a routine effort held by Ingram before Cornell was well placed to keep out a Huddlestone effort after Posh struggled to clear.

Grant sent a free-kick inches wide of the post on 23 minutes after Dembele had been felled 30-yards from goal. Grant McCann was forced into a change on 27 minutes as Huddlestone limped out of proceedings to be replaced by Richard Smallwood.

Honeyman flashed a shot across the six-yard box on 39 minutes as Hull appealed in vain for a spot kick as Magennis went down in the box. Szmodics had a great chance to open the scoring on 41 minutes as a poor back-pass from Bernard was intercepted, but his first time effort was pushed around the post by keeper Ingram.

However, less than 60 seconds later, from the resulting set-piece, Posh opened the scoring and what a strike it was too, Jack TAYLOR with a first-time effort from around 27-yards, into the top corner leaving Ingram with no chance.

The lead didn’t last long though, Elder given all the time in the world to deliver a cross and MAGENNIS is there at the back post to nod home. Thompson was cautioned within two minutes of the second half following an aerial challenge.

Lewis-Potter scooped a shot over the top after getting across his man at the near post following a Magennis centre on 53 minutes. Darren Ferguson made a change on the hour mark with Joe Ward replacing Josh Knight.

Lewis-Potter sliced a shot over the crossbar when well placed on 63 minutes as Hull tried to turn their second half dominance into a second goal. On 64 minutes, Hull were awarded a spot-kick as Butler felled Wilks, but Magennis fired his penalty kick horribly high and wide. Ferguson immediately made a change with Harrison Burrows replacing Butler.

Dembele tested Ingram from distance with the keeper parrying the effort to safety. On 71 minutes, Posh got their noses in front for the second time in the contest and what a team move it was as well as a slide-rule pass from Grant picked out DEMBELE and he provided a lovely left-footed dink over the keeper.

Posh made a change on 78 minutes with Conor Coventry replacing Grant. Eaves glanced a header from a Coyle cross wide of the target on 82 minutes as the Tigers pressed for a leveller. Eaves then clipped the top of the crossbar with a looping header as Coyle was again allowed to get a ball into the penalty area.

Szmodics was a whisker away from making it 3-1 as he let fly from 25-yards, the curling effort going agonisingly wide. Dembele toe-poked the ball into the net on the counter attack for Posh from a Szmodics cross, but he was rightly flagged offside as the keeper had gone up for the corner kick. 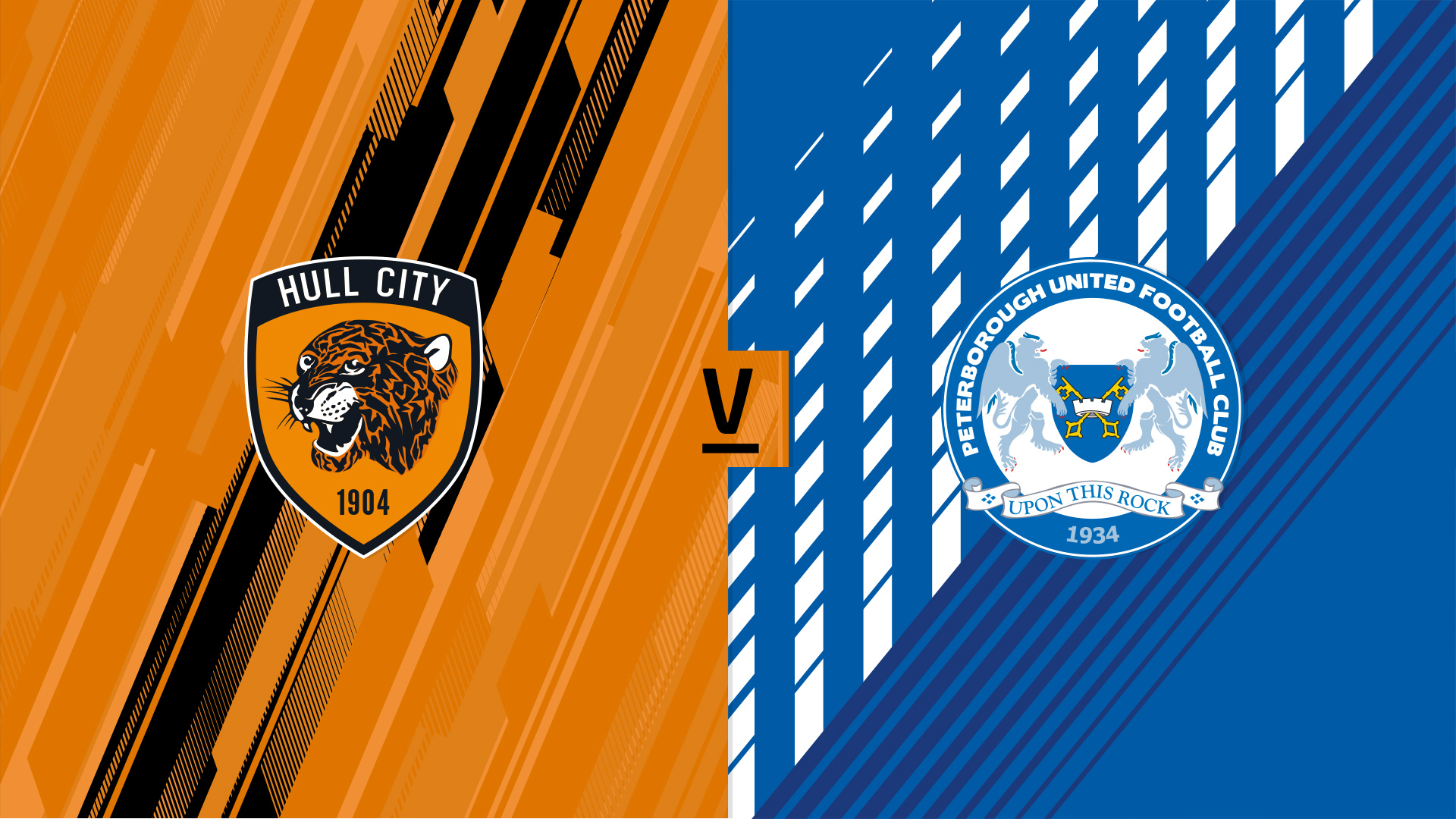 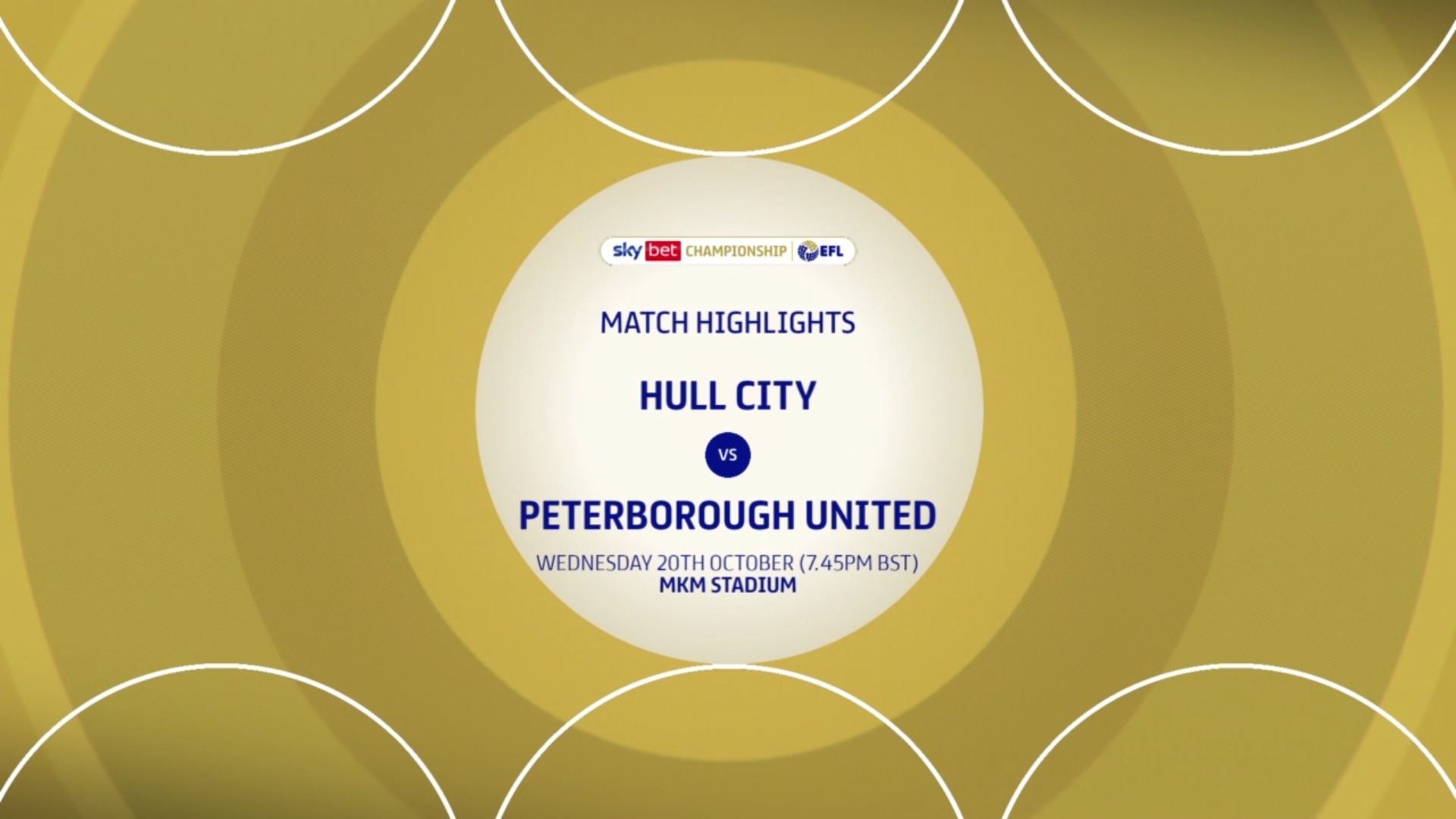 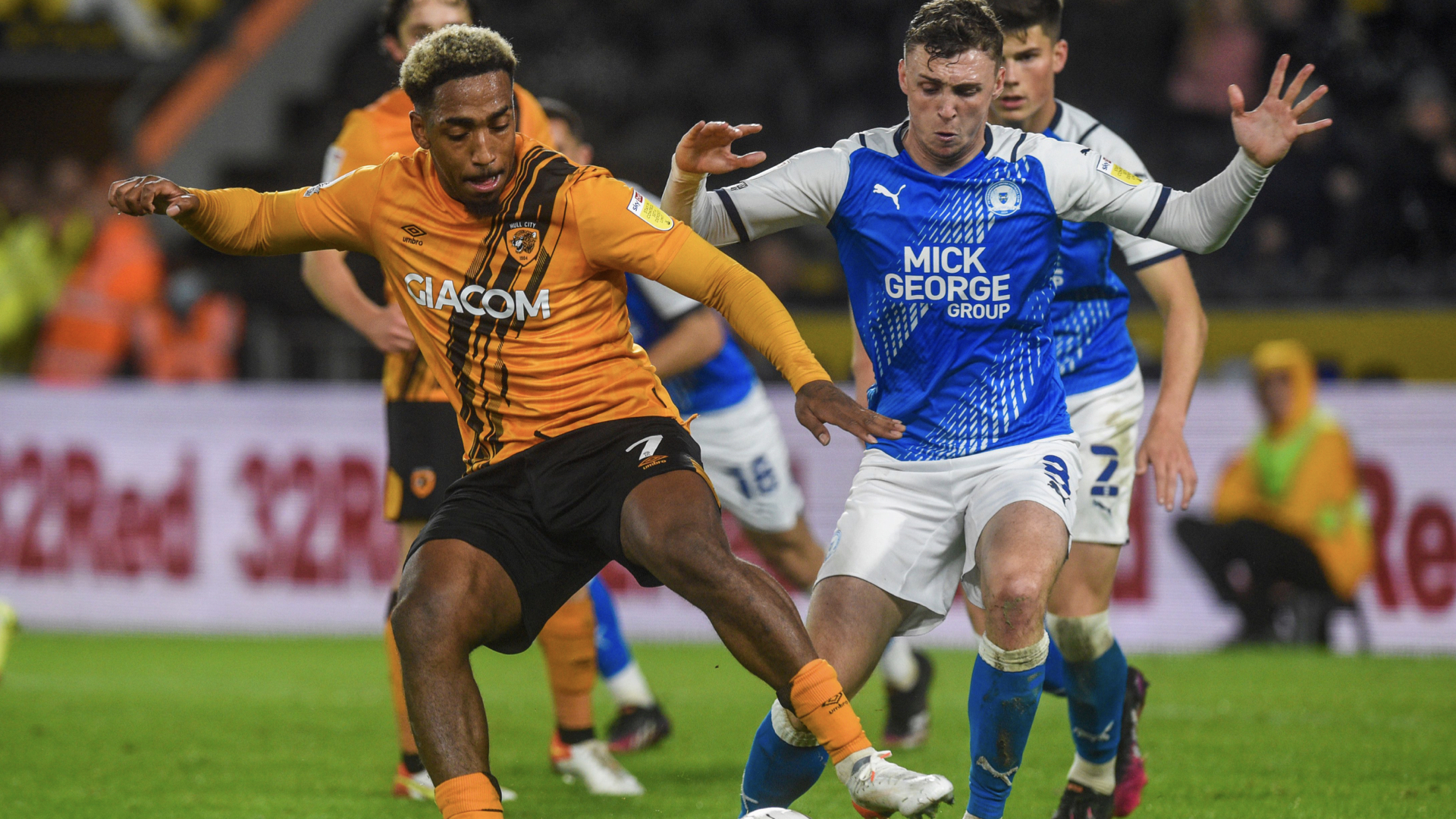