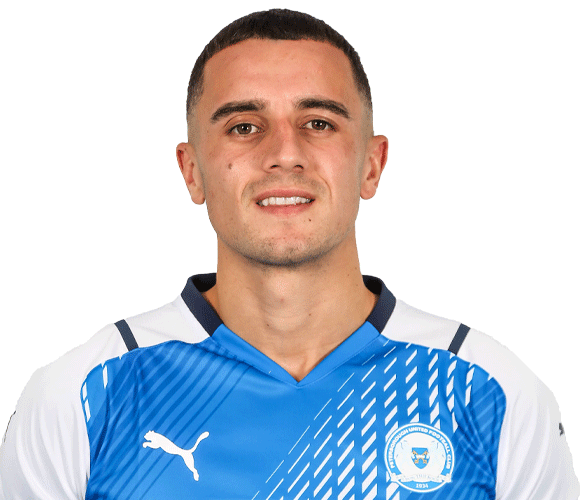 Ollie Norburn was signed by former manager Darren Ferguson from Shrewsbury Town and the all-action midfielder quickly established himself as a regular in the Posh starting line-up. He was named skipper and formed an effective partnership alongside Jack Taylor. Unfortunately, a serious injury whilst away on international duty means he is currently in the middle of his rehab. He was called up to the Grenada national team, who he qualifies for through his paternal grandfather, for fixtures in the CONCACAF Gold Cup in 2021. Freddie Hill, a Posh Hall of Famer, is Norburn’s Grandfather-in-law.