Posh are back in Sky Bet Championship action tonight (Tuesday) at Reading (8.00pm).

Peterborough United return to Sky Bet Championship action this evening (8.00pm) with a trip to The Select Car Leasing Stadium to face Reading with Darren Ferguson’s men looking to bounce back from Saturday’s 6-2 defeat at Bramall Lane against Sheffield United.

The Royals were involved in a six-goal thriller, a 3-3 draw against Queens Park Rangers in their last fixture and have conceded more goals in the Championship than anyone ese so far this season. However, they enjoyed an excellent season last term and will be a threat with Jon Swift in fine form – the playmaker bagged a hat-trick at the weekend.

Posh are without the services of skipper Mark Beevers (hamstring) and striker Ricky-Jade Jones (knee) but are hopeful that experienced defender Nathan Thompson will be available for selection after missing Saturday’s game.

The Royals have nine senior players currently sidelined with Brazilian goalkeeper Rafel joining the absentee list after breaking his hand in Saturday’s 3-3 draw with QPR. Also missing are top forwards Yakou Meite and Lucas Joao who both out long-term, while Tom McIntyre and Femi Azeez are not expected back until later in the year.

“I am glad there is a fixture so soon after Saturday if I am honest, but we know that we need to put in a much better performance. My job since Saturday has been to analyse what went on, to pick the players back up and make it as easy as I can for them to understand the formation I want to play and how I want us to play on Reading’s big pitch. They can then just go on the field and do their jobs.”

Posh have sold 450 tickets in advance of the fixture, but the game is not all-ticket and there is no price rise on the day. Tickets can be purchased at the Select Car Leasing Stadium away box office, which is open from 6.30pm.

Tonight's game is available to watch on iFollow in the UK - match passes available for £10.

Posh will be wearing the new away kit for the first time in competitive action this evening.

There have been plenty of goals between the two sides in the recent meetings – in fact there have 35 goals in the last seven games involving these clubs. Both clubs have also enjoyed 6-0 victories – Danny Swanson and Lee Tomlin both on target in the win at the Weston Homes Stadium.

Tim Robinson is the match referee this evening.

Peterborough United were undone by two goals in as many minutes at the Select Car Leasing Stadium as Reading ran out 3-1 winners against Darren Ferguson’s men, who were in the contest for long periods and created arguably the better openings in front of goal.

After a quiet opening, it was Jonson Clarke-Harris who had the first half chance from a dead ball situation, but his free-kick on 12 minutes struck the wall. Dele-Bashiru sent a deflected effort looping into the hands of Christy Pym at the other end after a switch of play from one side of the pitch to the other.

Siriki Dembele, who had been fouled four times in the opening 20 minutes without a Reading man receiving a caution, tested goalkeeper Southwood with a powerful drive on 28 minutes after a good body swerve took him away from the defender around 25-yards from goal.

In first half stoppage time, keeper Southwood produced an athletic stop to tip over a fierce half-volley from Norburn from 25-yards. Frankie Kent was cautioned moments later, a decision which looked particularly harsh from afar.

Reading made a change deep into stoppage time with Holmes replacing the stricken Liam Moore. Conor Coventry swept a shot wide of the target on 48 minutes after good initial play from Dembele. On 63 minutes, the home side opened the scoring as the in-form Jon SWIFT curled an unstoppable free-kick over the wall and into the corner past Pym who had no chance.

The hosts doubled the lead on 67 minutes as the ball was lashed low into the corner by Dele-BASHIRU after a low cross somehow eluded everyone else in the box. Darren Ferguson’s men pulled a goal back on 74 minutes as a free-kick from Ward was met at the far post by skipper Nathan THOMPSON who headed home from close-range.

Posh were dealt a huge blow on 80 minutes as Marriott limped out of the action with a muscular injury as he chased down the keeper. Sammie Szmodics was his replacement. Clarke-Harris headed a cross from Butler wide of the target on 83 minutes with Thompson closing in behind him as Posh pressed for an equaliser.

Joe Tomlinson replaced Butler with five minutes to play as Ferguson made his final change of the evening. Reading made the game safe with two minutes to play as Dele-BASHIRU unleashed a stunning effort into the top corner from 28-yards. 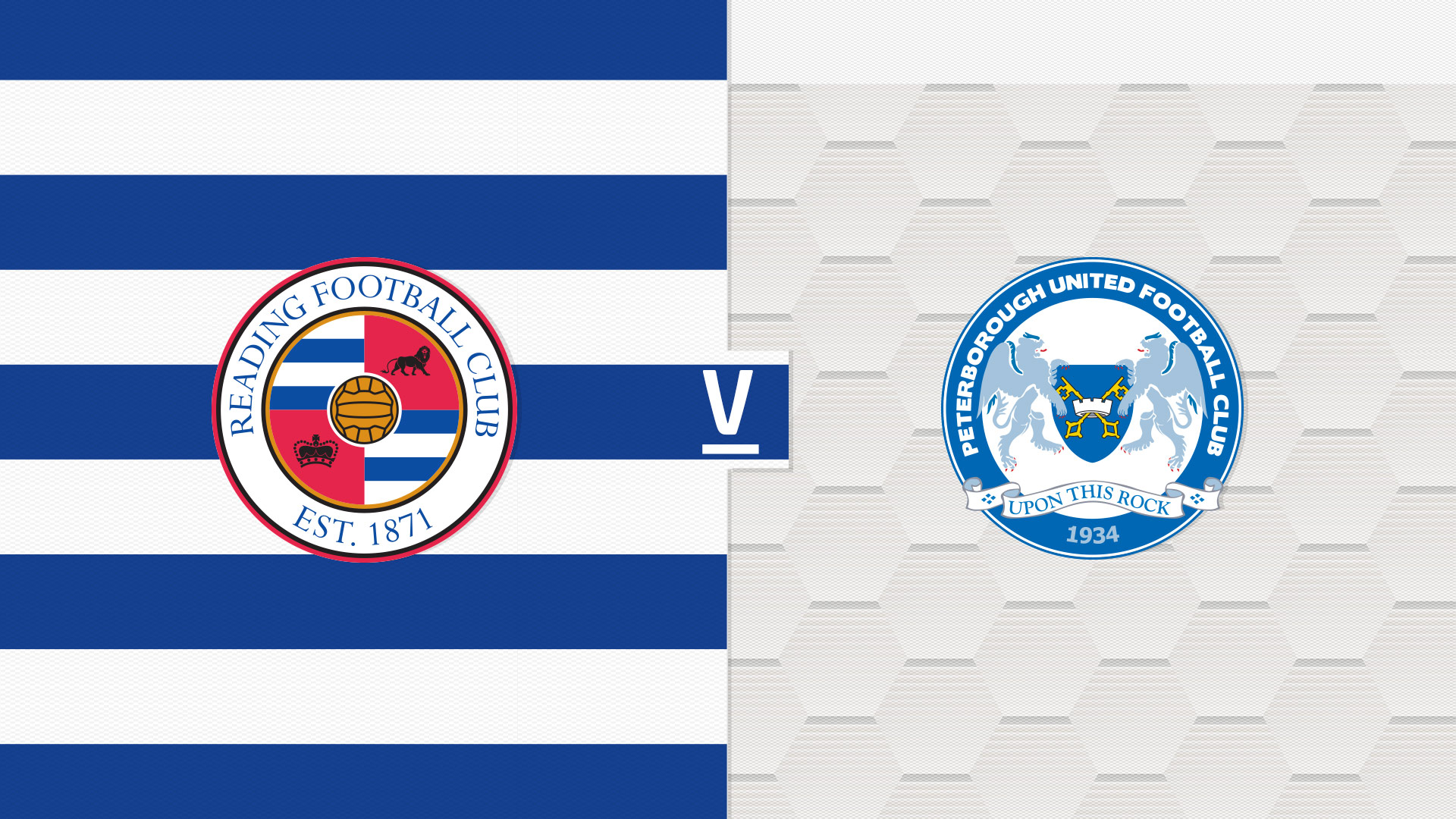 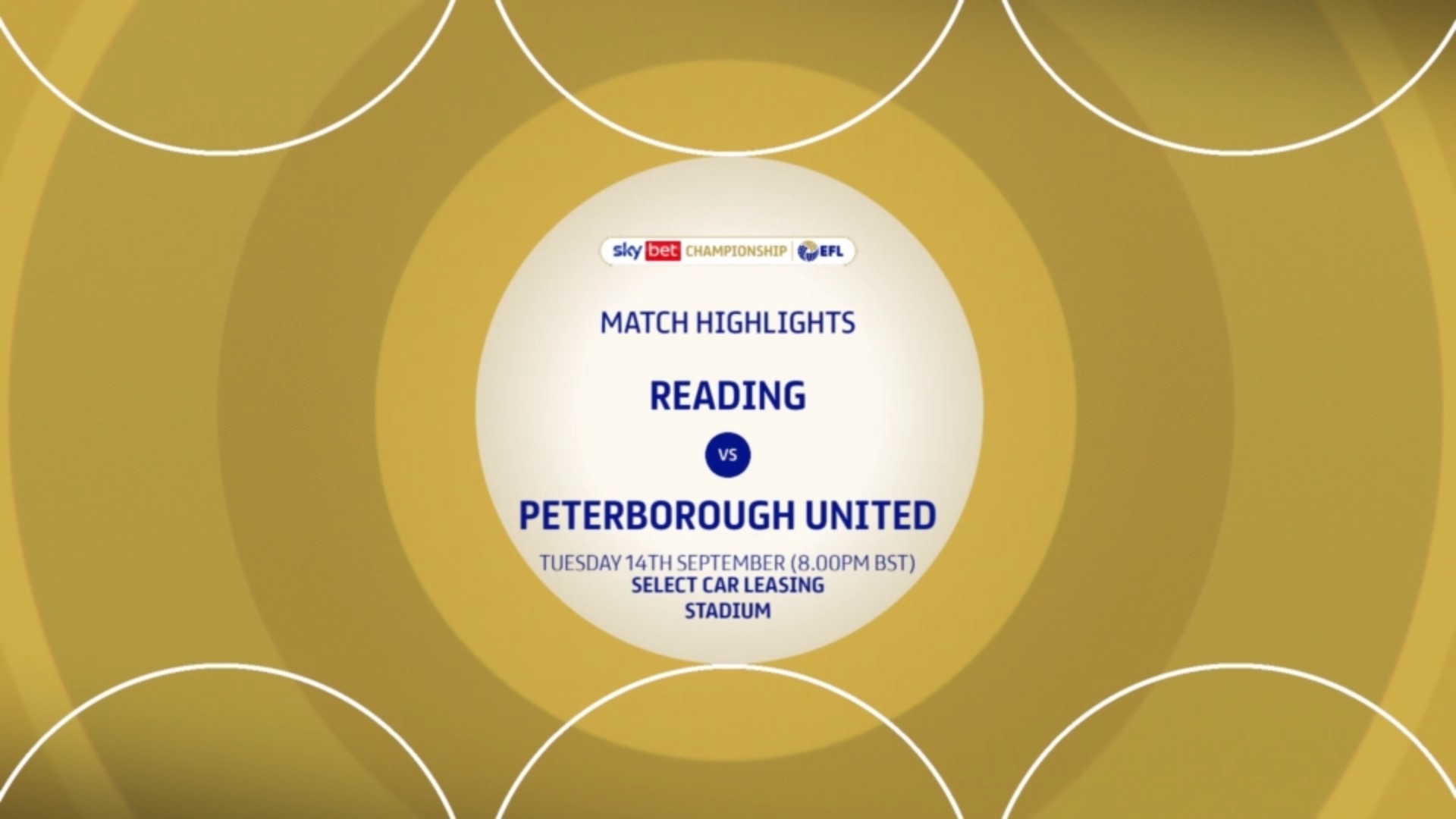 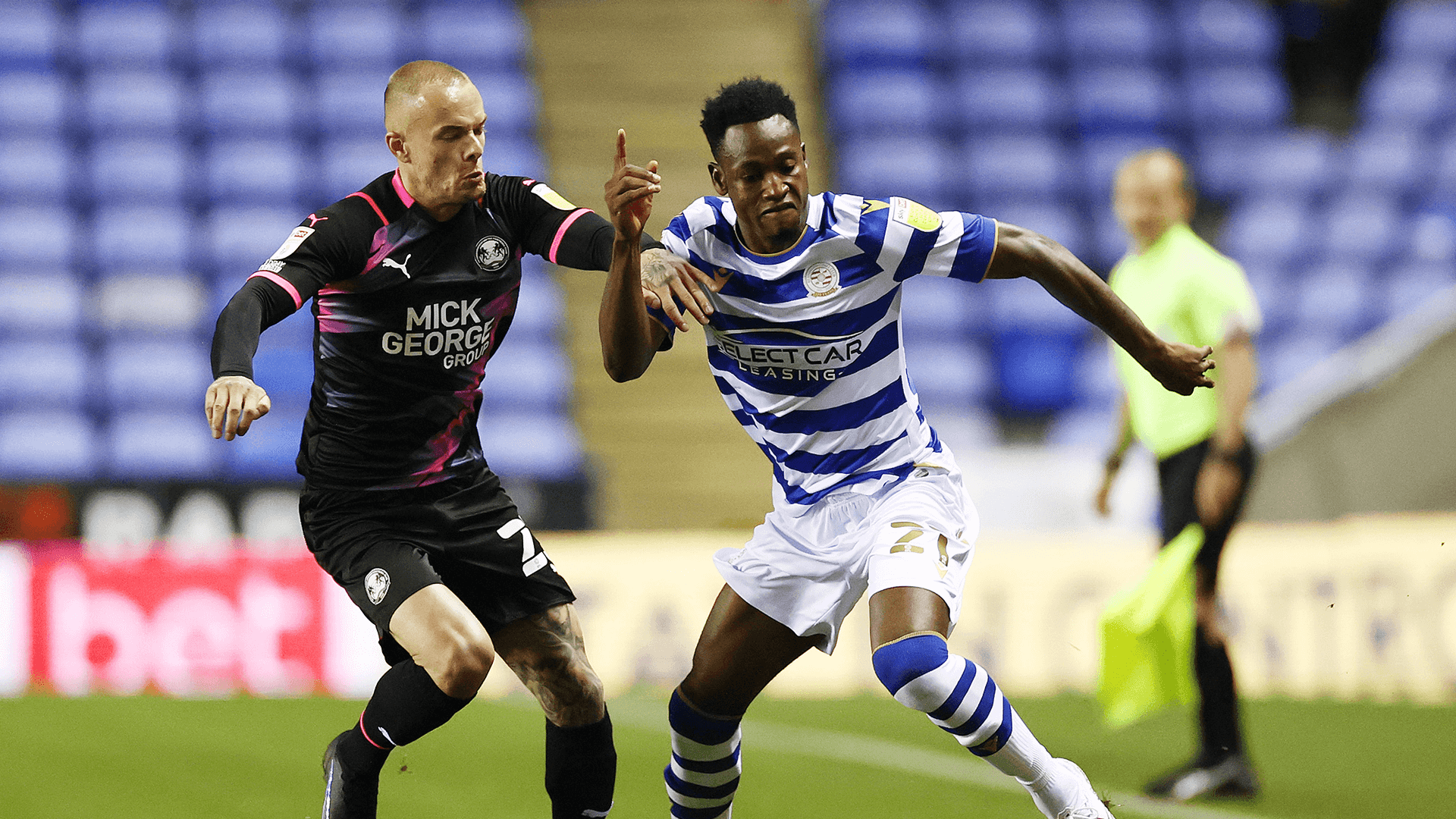