Peterborough United are back on the road on Friday evening as Darren Ferguson’s men travel to the Coventry Building Society Arena to face Mark Robins’ Coventry City side in Sky Bet Championship action (7.45pm).

The game was due to take place on Saturday but has been moved because the stadium is used for rugby on that particular day. Ferguson’s men have yet to pick a point on the road so far this season, while the Sky Blues have been superb in front of their own supporters.

Posh are without the services of defender Mark Beevers due to a hamstring injury, as well as attacking players Joel Randall (quad), Jack Marriott (hamstring) and Ricky-Jade Jones (knee). The club (at the time of writing the preview) are waiting for the outcome of Jonson Clarke-Harris disciplinary hearing.

City are without the services of defender Fankaty Dabo, who is serving the second of a three-match suspension following his red card against Cardiff City in their 1-0 victory over the Bluebirds. Former Posh striker Matt Godden is expected to lead the line after returning from injury.

At 3pm on Thursday, Posh had sold 1,235 tickets for the game with tickets on sale until 1.30pm on Friday. Tickets can be purchased online at www.theposhtickets.com. The game is not all-ticket and there is no price rise.

The game is not on the red button on Sky nor is it available in the UK on iFollow. Fans are also advised there are no trains directly back to Peterborough from Coventry following the game.

“Coventry have been very good at home and we know that we have to improve away from home. I saw positives in our last display on the road at Reading, where I felt we controlled the game up until the hour mark, so we need to take the positives and put in a good performance. We can’t let our standards slip. Mark Robins is a good manager, he has had that group together for a long time and they have been performing well,” Ferguson said.

“I think generally Darren’s teams are exciting, high scoring teams and obviously that has been born out in the results whilst he’s been at Peterborough. He’s been there on a number of occasions and has always had good success there so it’s a tough game there is no doubt about that.

“On paper, on pitch, in reality it is a tough game. We know that, we are preparing as best we can do for it, it’s a normal preparation week other than it is a day earlier and it’s a game we are really looking forward to,” Mark Robins said.

The match referee is Geoff Eltringham

Peterborough United suffered their fifth straight away defeat in the Sky Bet Championship as Coventry City scored three times in quick succession during the second half to continue their excellent home form.

The home side made a lively start, winning an early corner and causing problems on the counter-attack, but goalkeeper Dai Cornell was not called upon inside the opening 12 minutes. Nathan Thompson volleyed well wide of the target moments later as a Dan Butler cross was only half cleared by the Sky Blues back-line.

Hamer flashed a shot from 30-yards over the crossbar on 31 minutes after a pass was intercepted by the talented midfield man from a deep position. Todd Kane drilled a shot wide of the near post on 41 minutes after finding himself in a good position on the right hand side of the Posh penalty area.

Darren Ferguson made a change at the break with Kwame Poku replacing Ward in an attacking change. Gyokeres dragged a right-foot shot wide of the far post after turning Butler inside out on 48 minutes after Dembele slipped at an in-opportune time at the other end as he prepared to let fly.

Norburn fired over from the edge of the box after good work from Thompson and Poku. Clarke-Harris was well placed to block an effort on the line from McFadzean following a deep Hamer corner, which was nodded back across goal.

The home side opened the scoring on 57 minutes and it was a lightening break from one end of the pitch to the other, Edwards did well to clear two off the line but HAMER was there to slot home the rebound from close-range.

It was 2-0 just after the hour mark as Kane’s cross was finished from close-range by GYOKERES. Cornell was well placed to keep out the goalscorer moments later as Posh struggled to cope with the waves of attacks.

The Sky Blues made it 3-0 less than three minutes later as a terrible Taylor pass was intercepted by Waghorn, he picked out GYOKERES and everything he hits turns to goals, his shot looped off a defender and found the back of the net.

Harrison Burrows replaced Grant on 72 minutes as Ferguson made his second switch of the evening. Thompson did give Moore some work to do on 78 minutes after a strong run but his left-foot shot was comfortable for the keeper between the sticks for City.

Clarke-Harris glanced a Butler cross wide of the target on 85 minutes before the home side made their final switch with Jodi Jones the man introduced. In stoppage time, Moore did well to keep out substitute Burrows as he raced clear before the referee brought an end to proceedings as Posh slipped to their fifth successive away defeat. 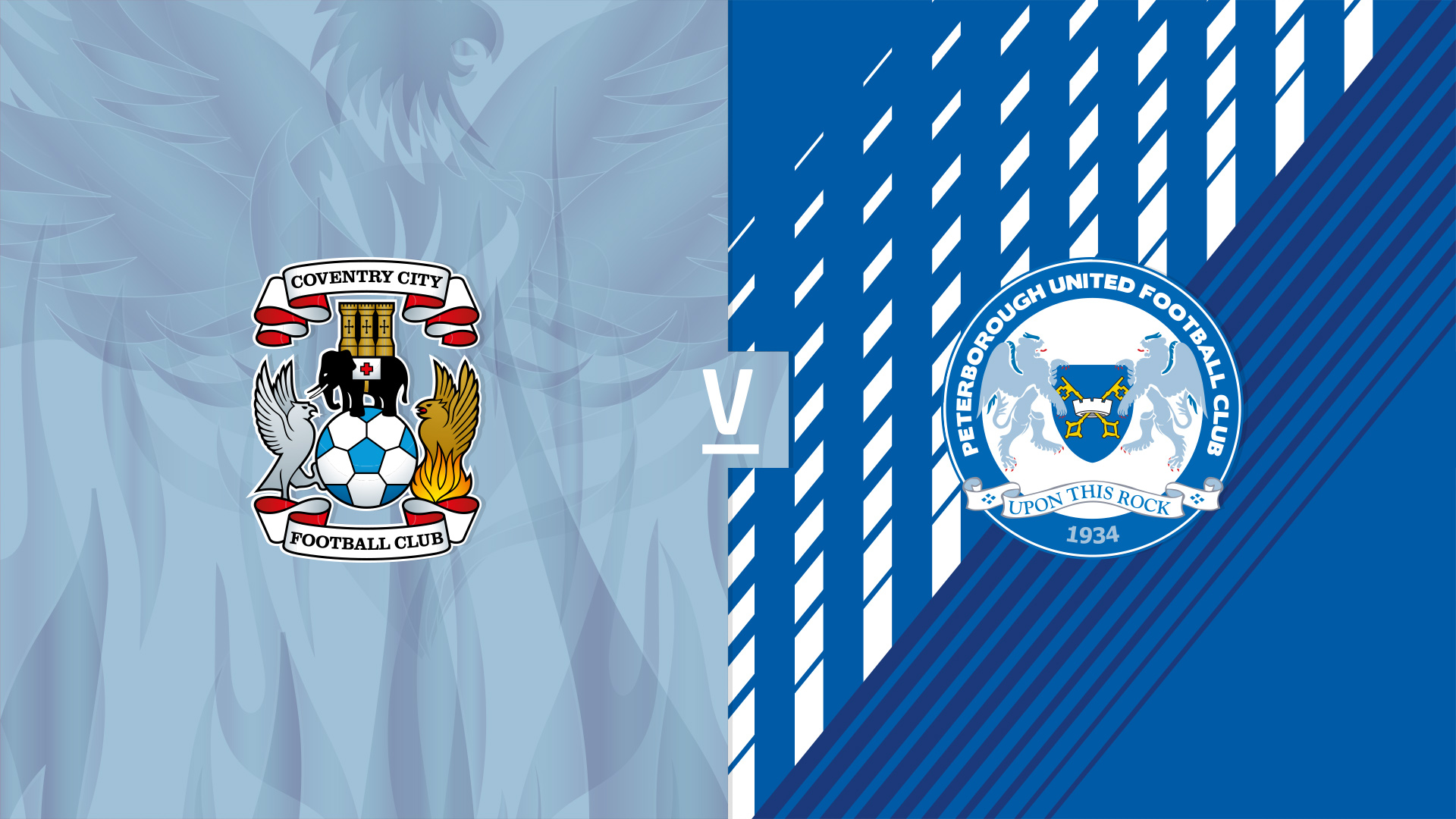 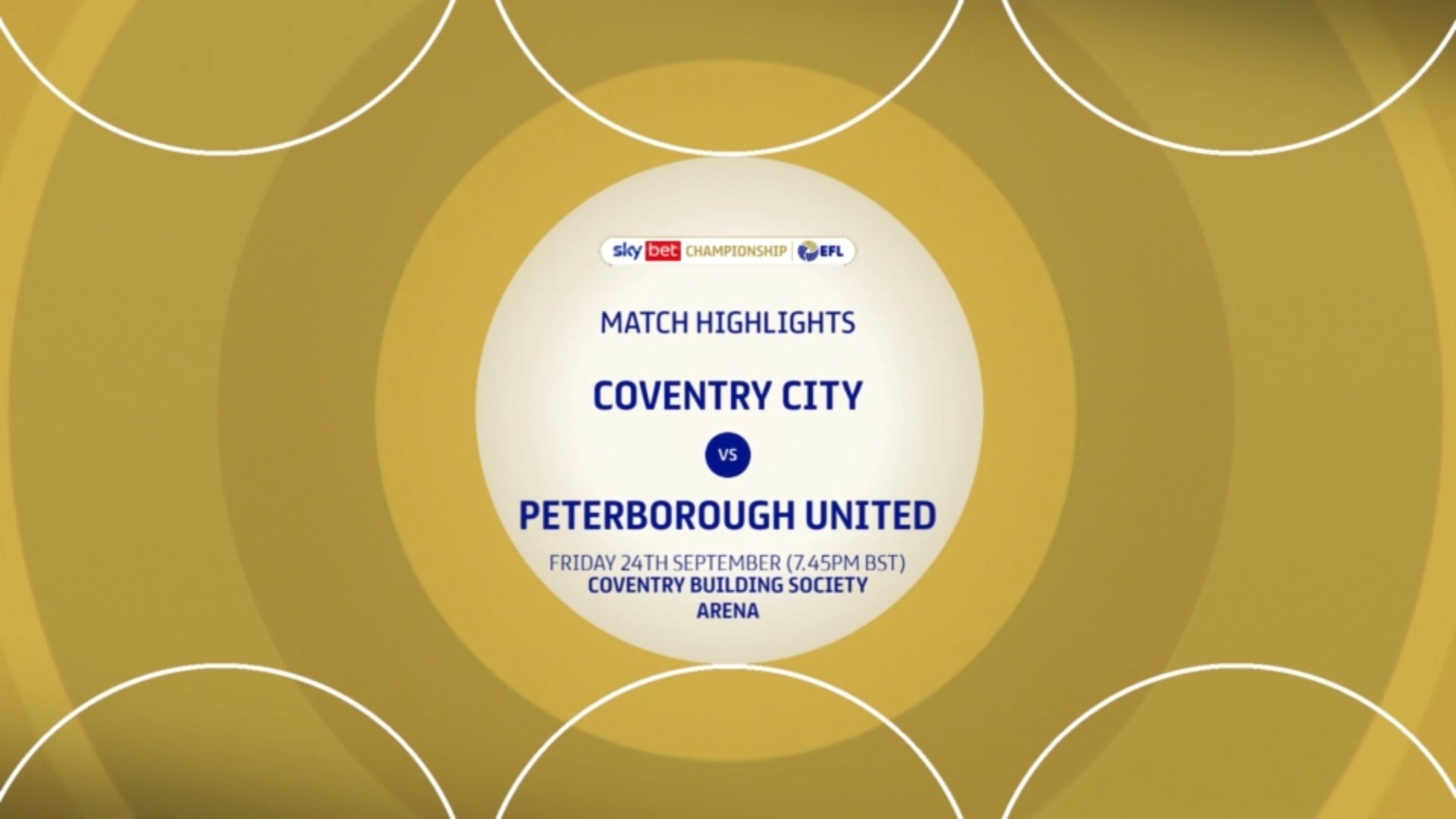 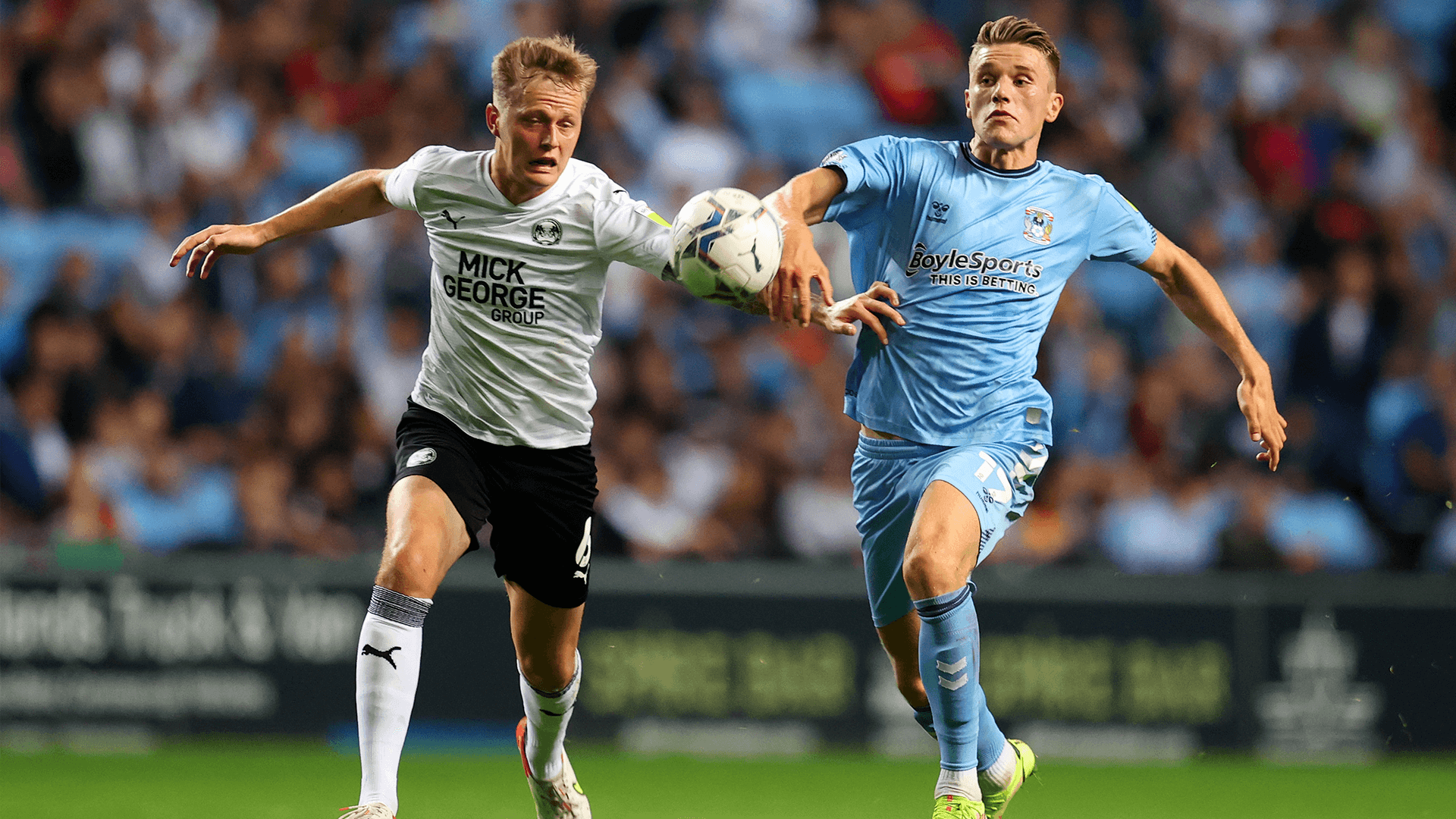