Peterborough United entertain Sky Bet League One side Plymouth Argyle at the Weston Homes Stadium on Tuesday night in the first round of the Carabao Cup (7.45pm).

Manager Darren Ferguson hinted in his pre-match press conference that he would freshen up the starting line-up for the meeting with the Pilgrims, who, like Posh, were beaten on the opening day with Rotherham United victorious at the New York Stadium.

Posh will be without the services of midfielder Jack Taylor and attacking players Siriki Dembele and Jack Marriott, but both are expected to return for Saturday’s Sky Bet Championship fixture with Derby County, which is live on Sky Sports (12.30pm).

Ronnie Edwards, who came on as a second half substitute, could feature, while Jonson Clarke-Harris completed 90 minutes at Kenilworth Road and is unlikely to be involved as he continues his comeback from a calf injury.

Plymouth recruited Posh winger Ryan Broom on-loan during the summer but he is unable to feature against his parent club. Plymouth could also make changes to their starting line-up at the busy start of the campaign with Niall Ennis expected to start.

“There will definitely be a freshness to the starting line-up and not just because some players need minutes but also I want to see a change in levels from the weekend. We have a few players unavailable due to injury, but there are opportunities for others. We want to win the game, our approach doesn’t change dependant on the competition, it is our first game back in front of our own supporters and it is a big week with three home games, our home record has been good and we want that to continue,” Ferguson said.

We are definitely looking for a striker, and looking for one that might give us something a little bit different as well, whether that's pace down the left, pace down the right. Someone with a little bit of dynamism in them - out your feet, touch it, cross it - but I think everyone is looking for the same thing. We will just keep plugging away. We are looking at whether our targets played on Saturday, whether they were out the squad or in the squad, and that gives you an indication,” Plymouth boss Ryan Lowe said on recruitment.

The Deskgo Stand will be closed for this fixture. Season ticket holders' seats are reserved until 5pm on Monday 9th August. The Ticket prices are as follows;

There will be a minute’s applause ahead of kick-off in memory of Roy Gilmore, the club’s Tunnel Supervisor, who sadly passed away last week.

If the tie is level after 90 minutes, the game will go straight to penalties.

The match referee is Ben Toner

Posh knocked out of Carabao Cup at the first round stage after tough night at Weston Homes Stadium.

Peterborough United suffered a disappointing 4-0 defeat to Plymouth Argyle at the Weston Homes Stadium on Tuesday night in a performance that manager Darren Ferguson described as ‘surprising and shocking’ as Ryan Lowe’s men turned on the style.

Goalkeeper Dai Cornell made a smart save on 13 minutes to keep out a crisply struck drive from Panutche Camara as Plymouth were the first to put together a concerted attack in the sunshine. Posh were forced into a change on 17 minutes with Ricky-Jade Jones limping out of the action to be replaced by Idris Kanu.

The visitors opened the scoring on 22 minutes as Ryan HARDIE drilled home into the bottom corner from an acute angle. Substitute Kanu got a flick to a low Tomlinson centre on 23 minutes, but keeper Cooper did well to get down and save.

Dai Cornell made a superb double save on 27 minutes to keep out first Edwards and then the follow-up from Grant as Plymouth came close to a second goal. Cornell was at it again moments later, keeping out a fierce drive from the goalscorer Hardie.

The visitors doubled their lead on 32 minutes and it was HARDIE again, lashing home from close-range after Posh failed to clear a looping cross into the box. Hardie was denied once again by Cornell on 43 minutes after racing away from Edwards down the left-hand channel.

Cornell did well to beat away a shot from Jephcott on the break for Argyle after Posh had made a positive start to the second period. Darren Ferguson made a double change just before the hour mark with Kyle Barker and Joe Ward replacing Hamilton and Poku.

Galloway was cautioned for a foul on Ward on 61 minutes as referee Mr Tozer reached for his pocket for the first time on the night. Plymouth made it 3-0 on 66 minutes as a deep corner was nodded back across goal and JEPHCOTT tapped home from close-range.

Camara had the chance to make it 4-0 on 69 minutes, but he blazed over the crossbar when well placed. Cooper did well to claw away a fierce effort from Randall from long-range on 73 minutes, which nearly caught the keeper unawares.

CAMARA made it 4-0 to the rampant visitors on 83 minutes, firing low past Cornell first time after a left-wing centre. Cooper produced a fine fingertip stop to keep out a stinging drive from Knight from range as the clock ticked to the 88th minute. 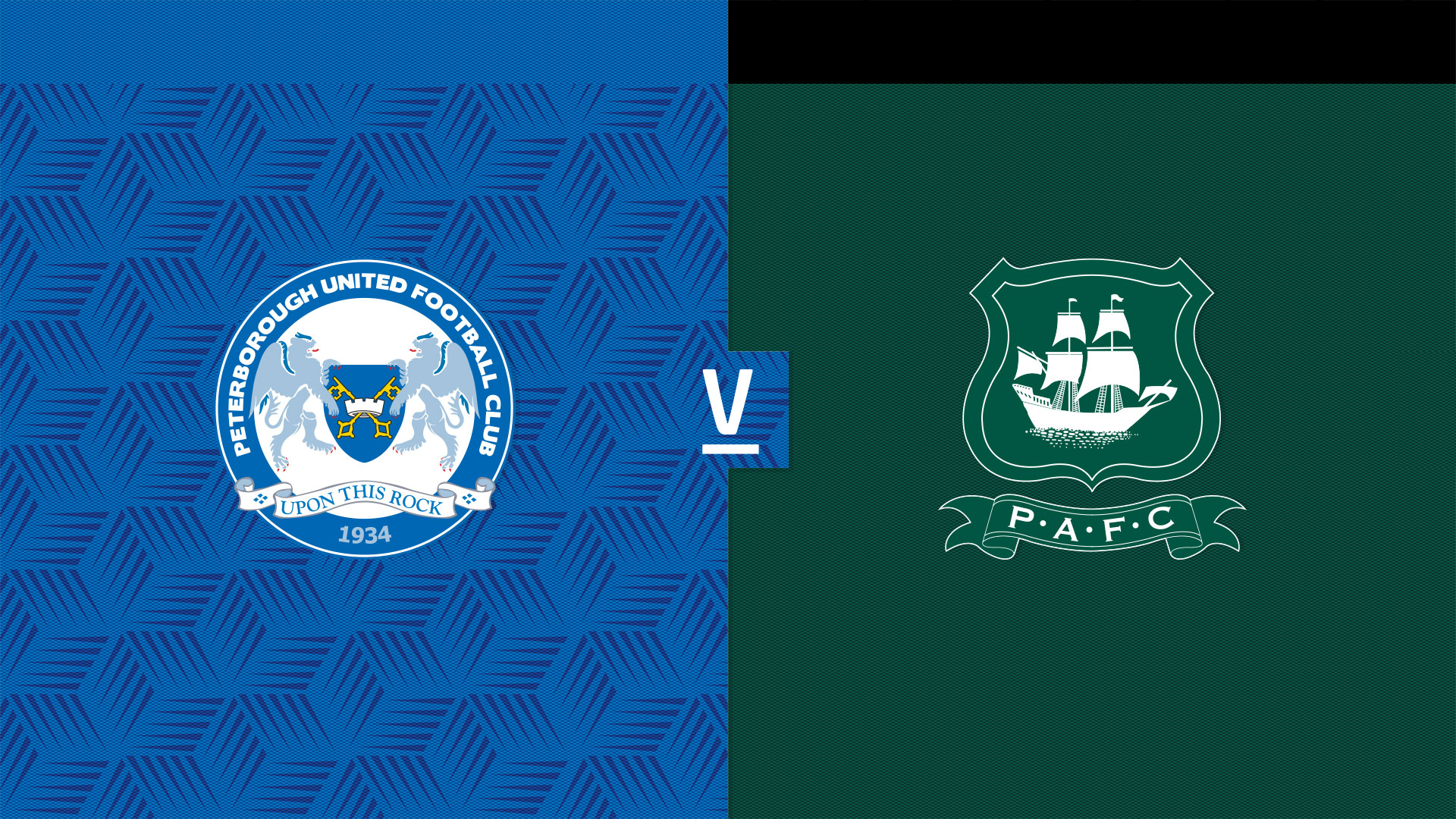 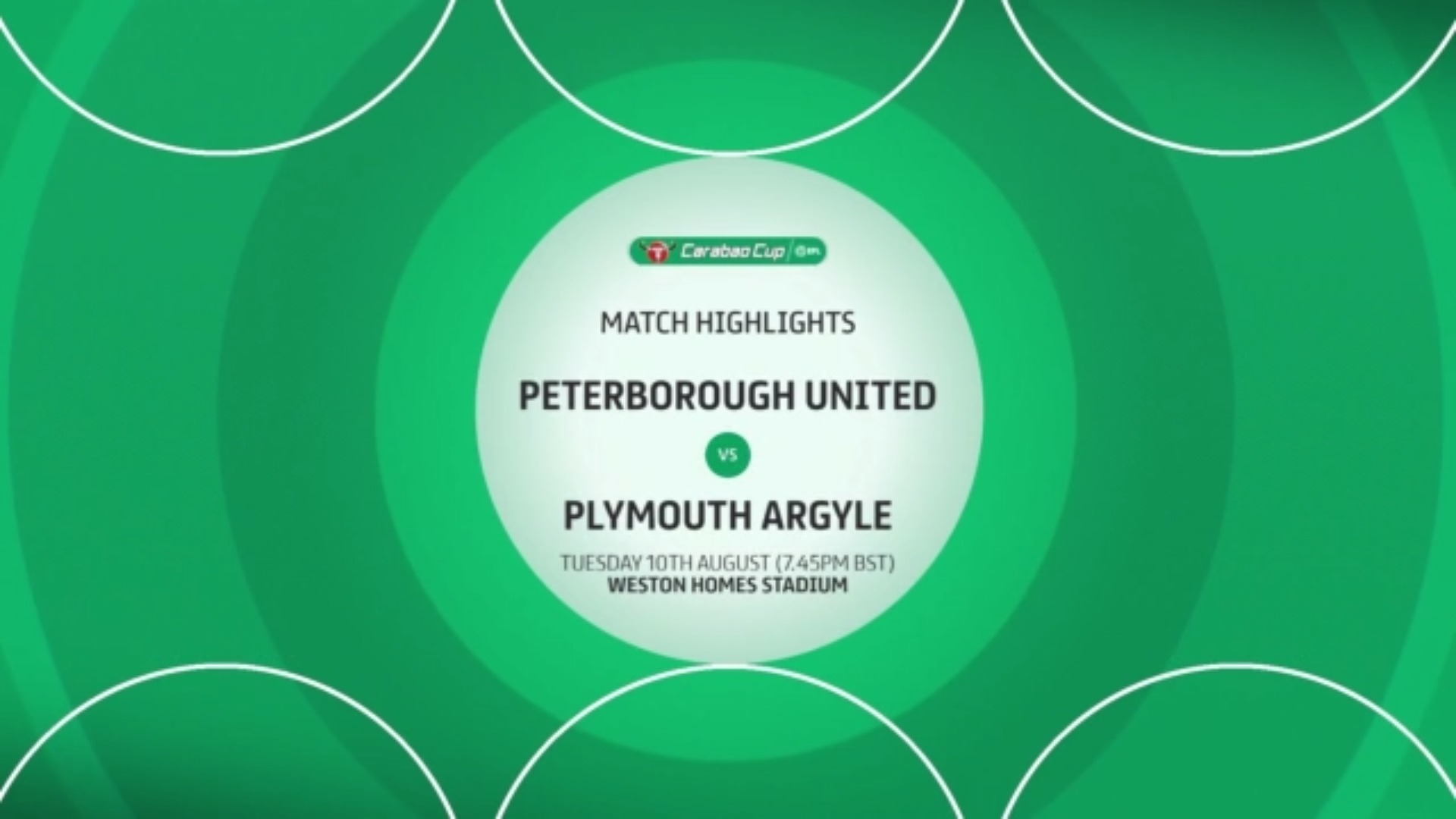 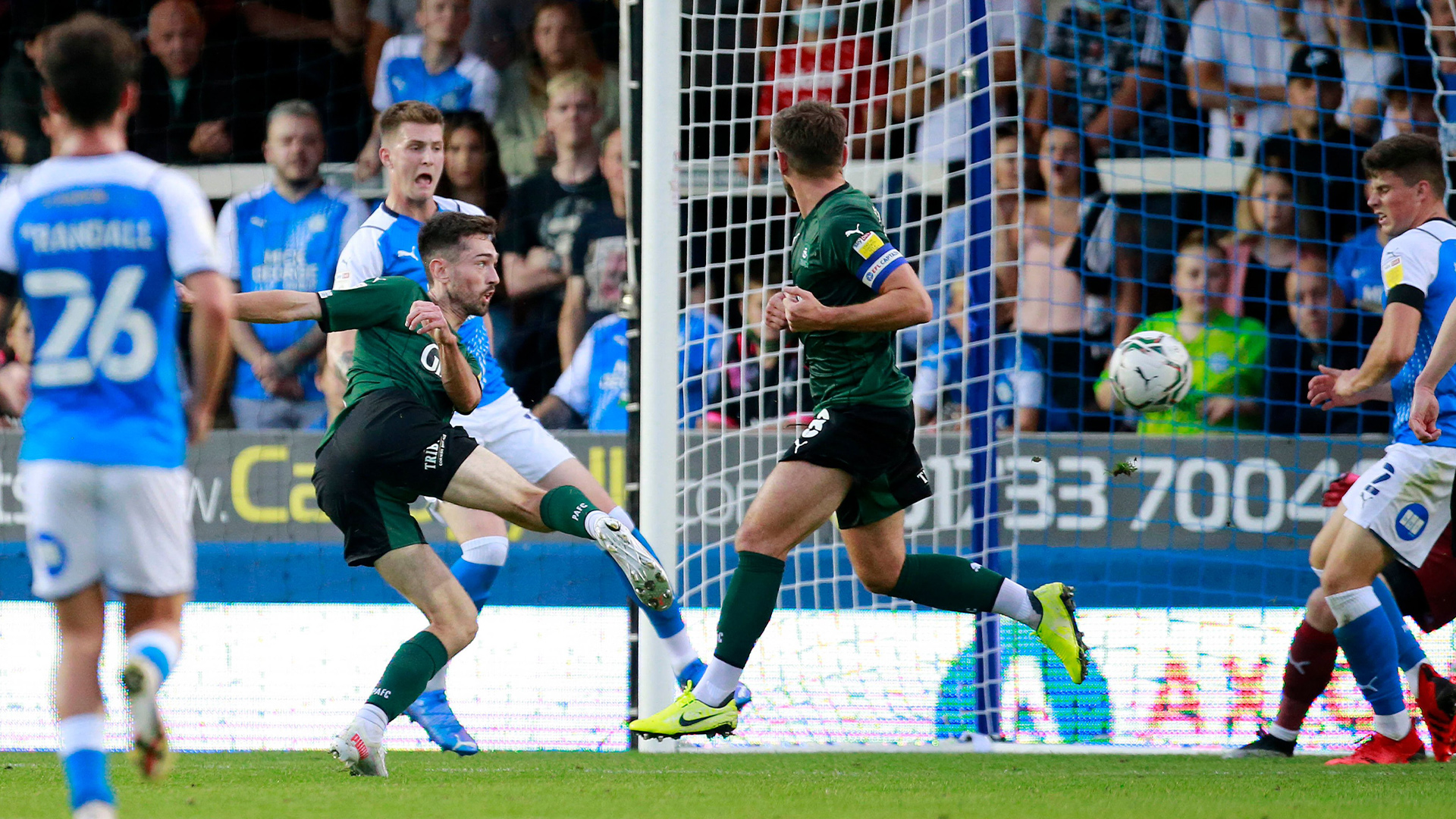