Posh are back in league action on Tuesday night with Cardiff City the visitors.

The Bluebirds have enjoyed a solid start to the new campaign, beating Blackpool 2-0 at Bloomfield Road with Welsh international Kieffer Moore amongst the scorers. Mick McCarthy’s men had a strong end to last season and will be considered one of the favourites to push for promotion this time around.

Posh are still without the services of midfielder Jack Taylor due to injury but he has been given ‘half a chance’ of being fit for Saturday’s trip to Preston North End. Striker Ricky-Jade Jones faces up to 12 weeks on the sidelines with a knee injury. Jonson Clarke-Harris, Jack Marriott and Siriki Dembele will be assessed ahead of the game with neither of the trio expected to play 90 minutes.  Sammie Szmodics is also unlikely to be back in the squad after spending time with his family.

Former Posh starlet Lee Tomlin is on the injury list for the Bluebirds, who are expected to keep faith with a large proportion of the side that overcame the Seasiders on Saturday. James Collins could lead the line following his summer move from Luton Town.

“Cardiff are a well-organised side and we know we will have to stand up to the challenge that they will pose. They are a big side, good at set-pieces and have a lot of threats, they are also managed by one of the most experienced bosses in the game in Mick McCarthy. We know that we will have to do the basics right but we go into the game full of confidence after the win on Saturday. It is a home game, under the lights and I am looking forward to it,” Darren Ferguson said.

Tickets are available for the game at www.theposhtickets.com and via the Weston Homes Box Office, which is open from 9am until 5pm on Monday and from 9am through to kick-off on Tuesday.

The match day programme, featuring notes from the manager, plus the latest from the Academy and the Women’s team, is available around the ground priced at £3.50.

Posh pegged back to 2-2 after pulsating Championship clash at the Weston Homes Stadium.

A goal in the 96th minute earned Cardiff City a 2-2 draw against Peterborough United at the Weston Homes Stadium as towering centre back Aidan Flint bagged a brace with Posh losing defender Mark Beevers to a hamstring injury.

The towering Aidan Flint headed over under serious pressure from Mark Beevers on the quarter hour mark after a fairly quiet start in front of goal at both ends of the pitch. Siriki Dembele saw a shot blocked on 23 minutes after a clever pass from Ward, the Cardiff defenders doing well to crowd out the opportunity.

On 27 minutes, a fine pass from Dembele picked out 19-year-old Harrison Burrows, who took a good first touch, but dragged his left-foot shot wide of the far post. Burrows headed a Ward centre wide under severe pressure at the near post on 38 minutes after an excellent spell of pressure from Posh.

Aidan Flint and Marlon Pack were both cautioned after a melee following a challenge by Thompson, who came off worst, needing treatment from physiotherapist Matt Rogers. Posh found the breakthrough on 48 minutes and what a goal it was, youngster Harrison BURROWS making it two in two as he exchanged passes with Clarke-Harris before rifling the ball high into the net with his right-foot.

Moments later and Posh were 2-0 to the good and what a counter attack, DEMBELE winning the ball on the half-way line, exchanges passes with Clarke-Harris and pokes the ball past the advancing Phillips and into the back of the net.

Posh were forced into a change on the hour mark as skipper Mark Beevers was forced off with an injury with Ethan Hamilton his replacement as Knight moved into the defence. Moore glanced a corner kick wide as the game entered the final 10 minutes with Posh battling hard.

The visitors reduced the arrears on 82 minutes as a right-wing centre was powered home by centre back Aiden FLINT. Ward was cautioned for time wasting on 86 minutes by referee Mr Bramall. Phillips produced a fine stop in stoppage time to keep out a first time effort by Burrows and moments later, substitute Randall fired wide of the near post after linking well with Marriott.

The visitors got an equaliser right at the death as a cross from the left was powered into the back of the net at the back post by the towering FLINT. 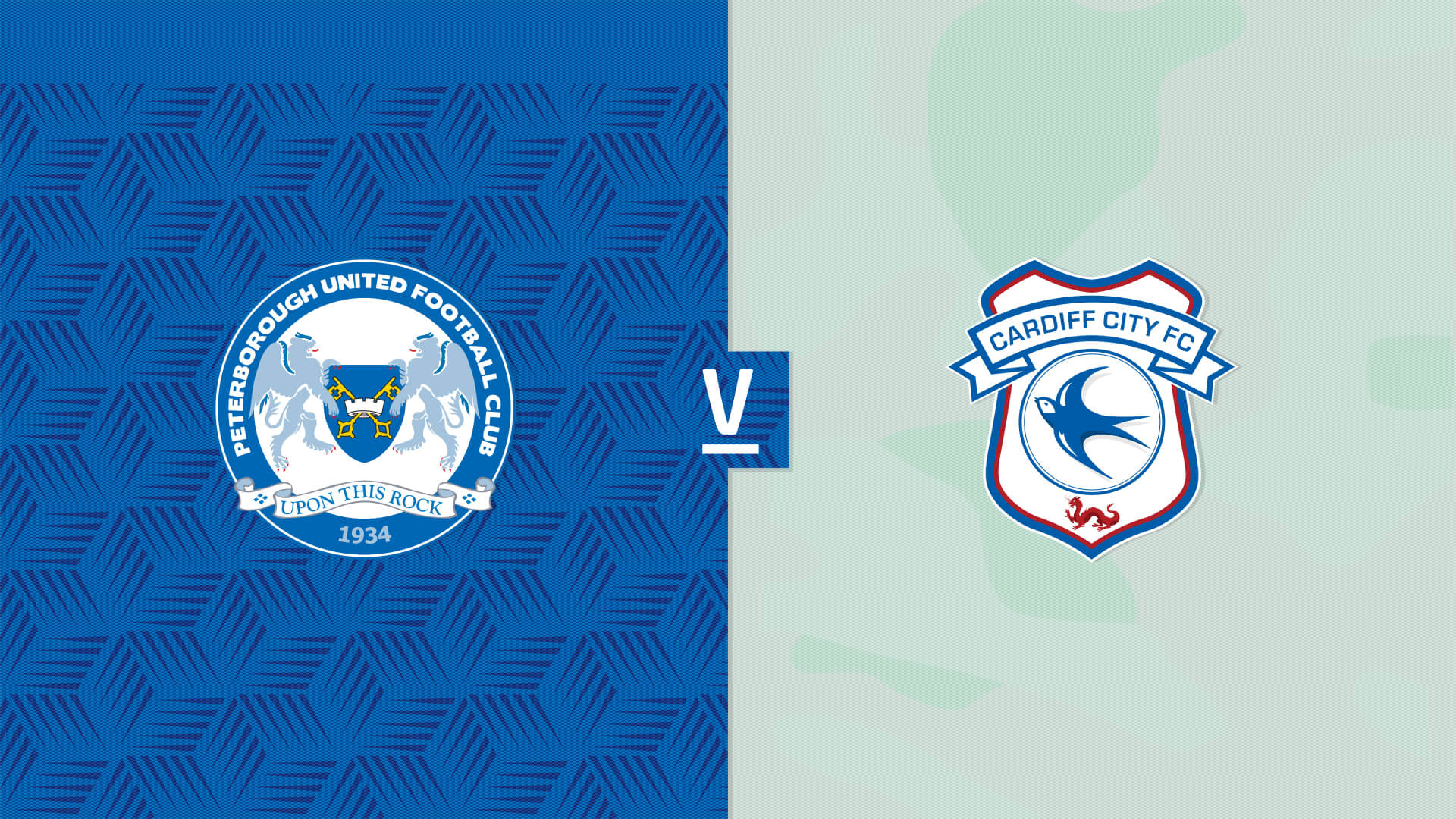 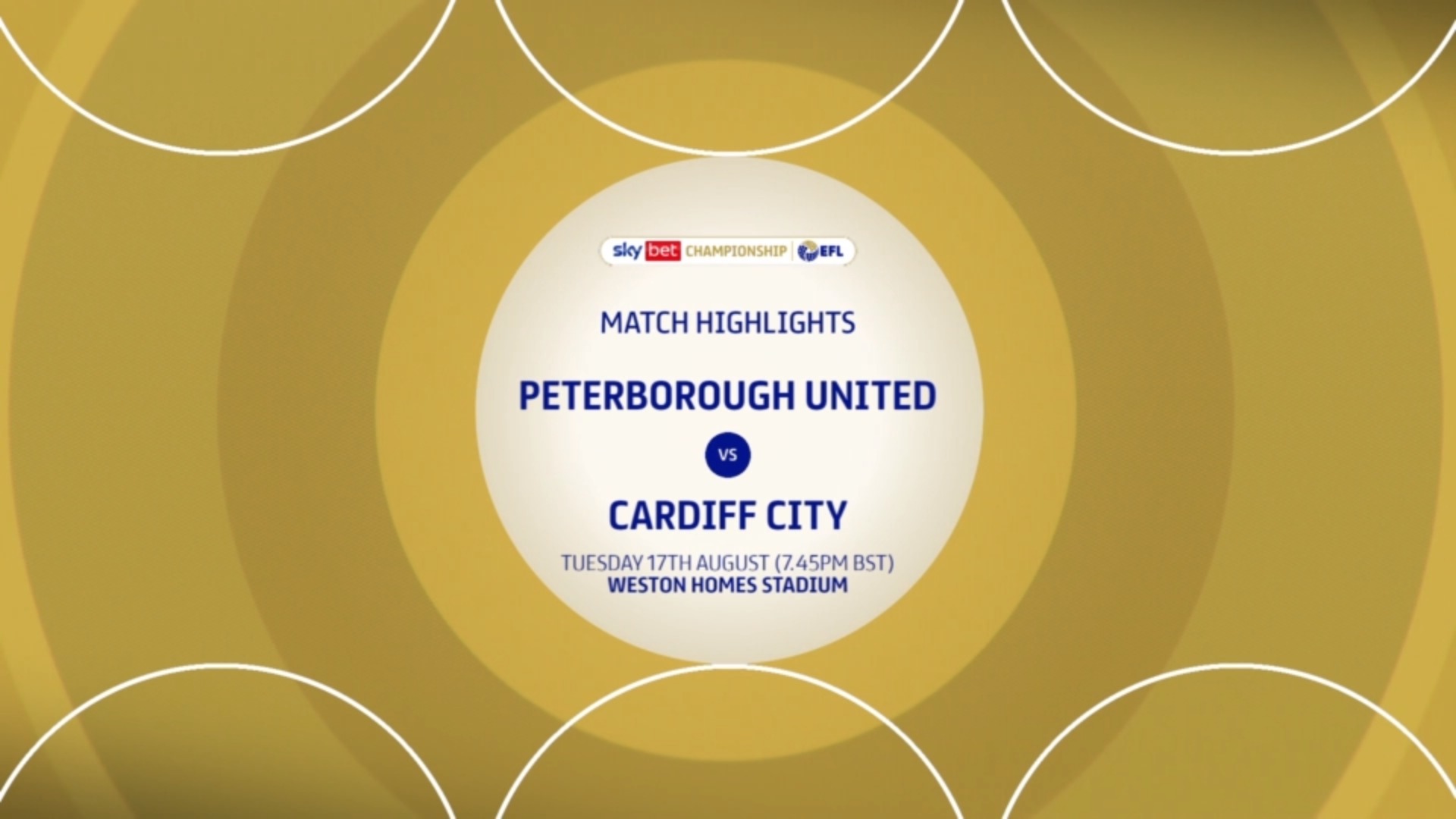 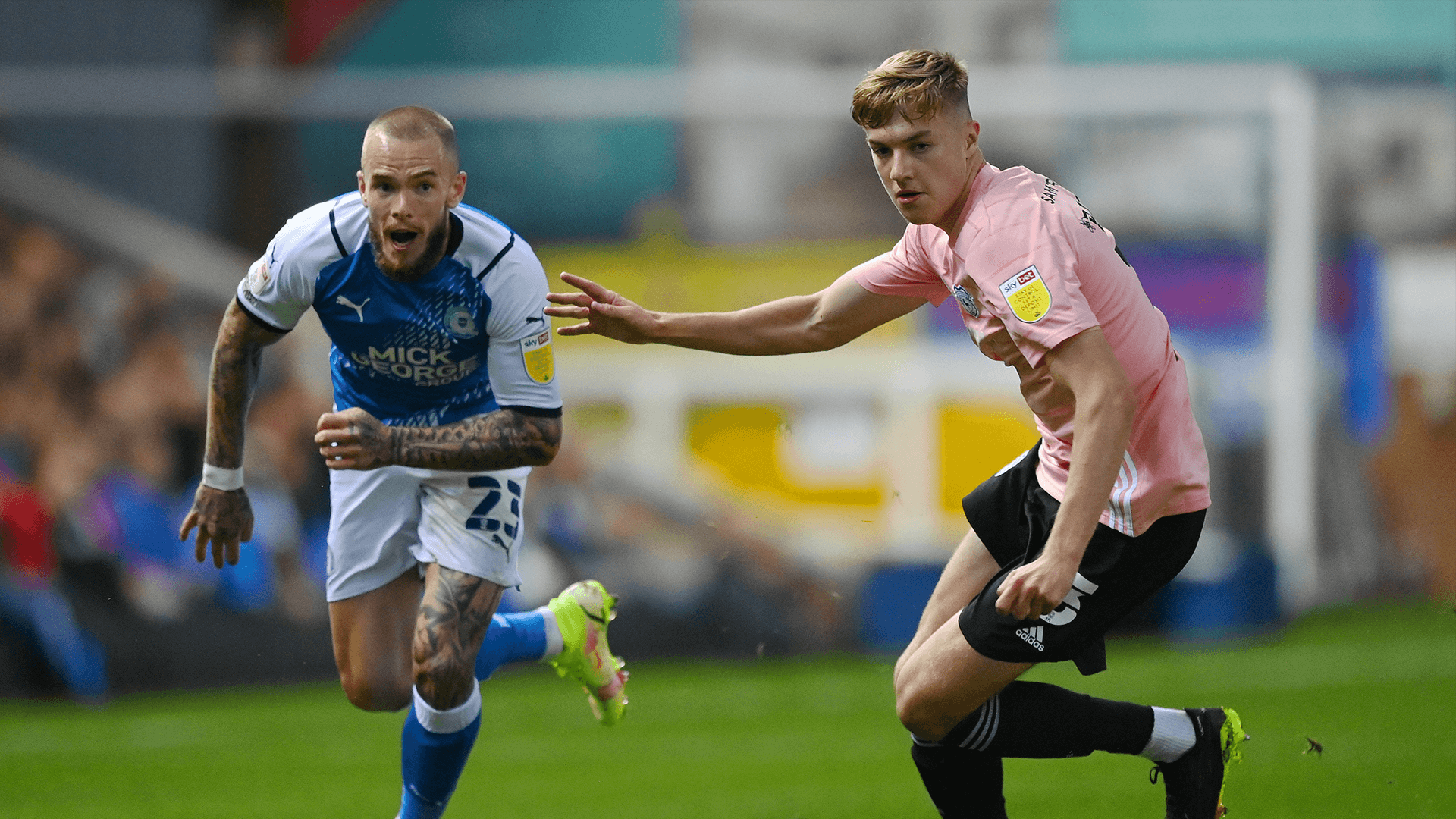