Posh welcome Cheltenham Town in the first round of the Carabao Cup at the Weston Homes Stadium on Saturday.

Peterborough United host Sky Bet League Two side Cheltenham Town in the first round of the Carabao Cup at the Weston Homes Stadium on Saturday afternoon (3pm) as the new campaign finally gets underway.

The tie, which is unfortunately behind closed doors, will go straight to penalty kicks if the scores are level at the end of 90 minutes. The game is live on iFollow with match passes now available for £10. To buy a pass for the stream, visit https://www.theposh.com/ifollow/subscribe/#MatchPassAvailability

Posh are without the services of teenage striker Ricky-Jade Jones who is suffering with an ankle injury sustained in the pre-season defeat to Coventry City. He is due to be scanned today (Friday) and could face two weeks on the side-lines. Jack Taylor is available after a week away with the Ireland under 21 squad.

Striker Jonson Clarke-Harris will be in the squad, but manager Darren Ferguson will be careful with the summer recruit as he builds his way back to match sharpness.

Cheltenham boss Michael Duff said: “Blairy, Will Boyle and Dan Bowry all did a bit on Thursday morning. They won't be ready for the weekend. Sean Long seems to be a bit of a longer one. We need to get to the bottom of what that actually is because he can't seem to shift the niggle in his hip. It is a problem area at right wing-back, with Broomy being sold. Joe Hunt, the 16-year-old was concussed so we couldn't even play him.

“Conor Thomas has come in and done well there. We don't see him as that position as his best position is centre midfield and we wouldn't want to go into the season with him as our only first choice right wing-back. Sometimes players have to fill in and he has done it as he does with everything; effortlessly and without any moaning, with any job given to him.”

“Cheltenham are a good side, they will try and play through the lines and have enjoyed a competitive pre-season against some really strong sides. Their manager has done a good job there and they were unfortunate to miss out in the play-offs last time around. We will have to be at our best to get through the tie, but that is obviously our aim,” Ferguson said.

“Yes, tough draw. Away from home against a good team in the league above. There are quite a lot of factors in place at the minute: there is no gate money and no prize money from the game, so it will be used for what it is: trying to get the players fit for the first League game, while having a competitive edge to it,” Cheltenham boss Michael Duff said.

Cheltenham swooped for former Posh left-back Lewis Freestone following his release from Brighton under 23s during the summer. Reuben Reid, another former Posh man, is set to lead the line.

A second half strike from Liam Sercombe secured a second round berth for Cheltenham.

Peterborough United were knocked out of the Carabao Cup at the first round stage by Sky Bet League Two side Cheltenham Town at the Weston Homes Stadium as a second half strike from Liam Sercombe secured a 1-0 victory for the visitors.

Siriki Dembele fired over from 25-yards after the visitors were caught in possession and moments later, they gifted another chance, this time to former Cheltenham man Ryan Broom, but his shot was pushed around the post by Griffiths.

Christy Pym produced a fine stop with his legs to keep out ex-Doncaster man Alfie May after a poor back-pass from Kent sent the striker through on goal. Thomas was cautioned on 26 minutes for a foul on Eisa by referee Mr Young.

Dembele sliced a shot wide with his left-foot on the half hour mark after some slick one-touch football from Posh on the far side. Thompson was cautioned for a foul on 37 minutes after a late challenge.

Griffiths did well to keep out an effort from Dembele after the striker wriggled into space before Taylor flashed a shot wide of the target. Eisa was kept out by the fingertips of Griffiths on 50 minutes as the front man’s low shot with his left-foot appeared to be going goalbound.

The visitors opened the scoring on 58 minutes as a low drive from SERCOMBE found the bottom corner from just outside the box. Eisa immediately hit the crossbar from a tight angle before manager Darren Ferguson made a triple change with Idris Kanu, Ethan Hamilton and Flynn Clarke introduced at the expense of Ward, Broom and Brown.

Dembele was expertly denied by keeper Griffiths on 64 minutes from a dead ball situation but four minutes later and Town were inches away from a second goal as Williams’ cut inside Thompson and fired a shot inches past the far post with his right-foot.

Dembele was again denied by a fine stop from Griffiths on 82 minutes, this time the former Grimsby man letting fly from fully 30-yards. 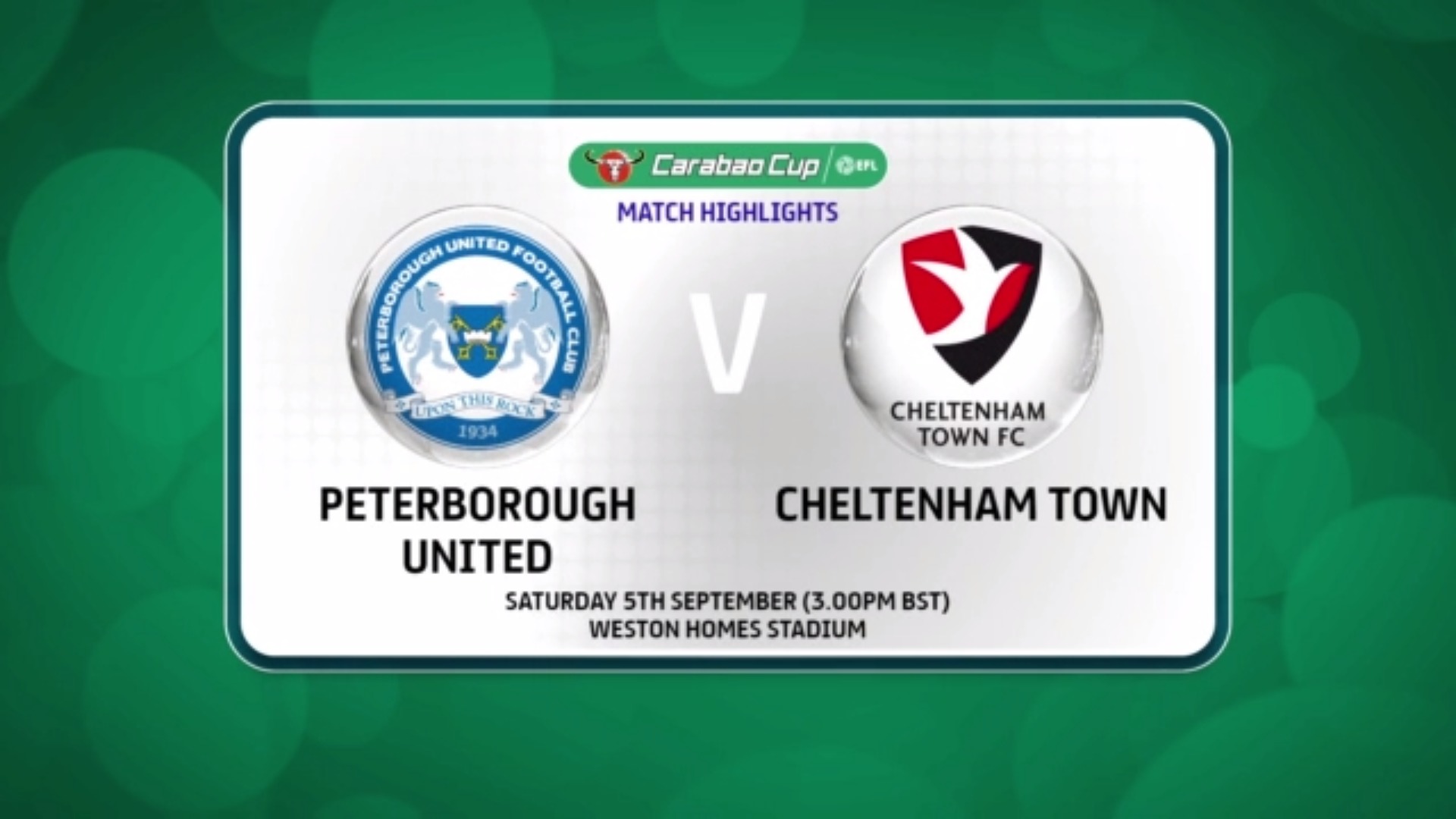 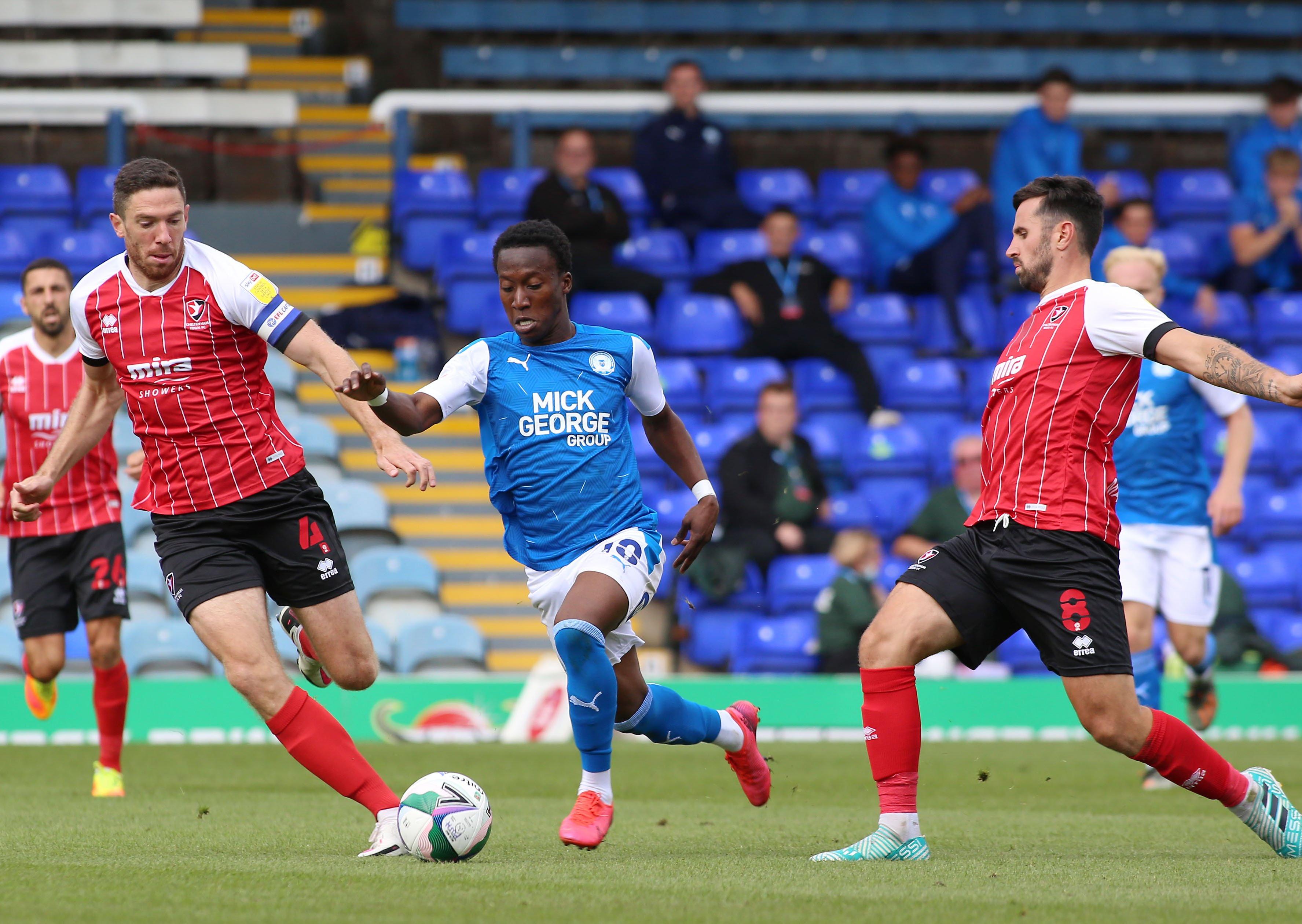