Peterborough United entertain League One newcomers Swindon Town at the Weston Homes Stadium on Saturday with the Robins looking to build on a promising start to life in Sky Bet League One following promotion last term.

Darren Ferguson’s men will be looking to take the positives out of the performance at the Stadium of Light against Sunderland last Saturday with a penalty from Grant Leadbitter condemning the club to a rather unfortunate 1-0 defeat.

Posh are sweating on the fitness of teenage front man Ricky-Jade Jones who has picked up a knock similar to the one that caused him issues last term. Frazer Blake-Tracy came through 90 minutes in a reserve team friendly with Gillingham on Tuesday and is in contention, but Idris Kanu is not thought to be considered as he still needs a 90 minute fixture under his belt after 14 days of self-isolation.

Swindon were 4-2 winners over Burton Albion last time out and it is unlikely they will make wholesale changes to their starting line-up with experienced front man Brett Pitman expected to lead the line.

FOOT IN BOTH CAMPS

Midfielder Anthony Grant helped Swindon to promotion last term and extended his stay at the County Ground in the summer. Grant made 59 appearances for Posh during his time at the club. Grant scored his first goal in three years in the 3-1 victory over Rochdale in September.

“Swindon are a very expansive side and of the teams I have watched so far this season, they have been the most impressive. They play good football, have recruited well and I think it will be a good game on Saturday. We will certainly have to play well to get the result that we want,” Darren Ferguson said.

Season ticket holders were emailed a code for this weekend’s game earlier this week. If you are a season ticket holder and have not yet received a code, please email ifollow@theposh.com. Match passes are available priced at £10 and can be purchased here https://www.theposh.com/matches/fixtures/first-team/202021/october/peterborough-united-vs-swindon-town-on-03-oct-20/

Peterborough United fought back from a deficit at home for the second time in a row as Darren Ferguson’s men recorded a 3-1 victory over Swindon Town at the Weston Homes Stadium thanks to a double from Jonson Clarke-Harris, his first goals for the club, and a strike from substitute Ryan Broom.

The visitors opened the scoring on six minutes as a low cross from Jordan Stevens was converted low into the corner by the onrushing Jack PAYNE. The goalscorer curled a free-kick over the crossbar on 10 minutes after Beevers was penalised for a foul.

On the quarter hour mark, Payne was denied by the legs of Pym after more sloppy play from Posh in possession with Swindon quick to pounce. Pym produced a fine stop to keep out the experienced Pittman on 22 minutes after Thompson overran the ball and was dispossessed in a dangerous defensive third.

Swindon were forced into a change on 27 minutes with the injured Fryers replaced by the experienced Jonathan Grounds. Szmodics saw an effort from a tight angle was tipped over by Kovar before Dembele headed the resulting corner over the top at the near post.

Szmodics was denied from close-range by Kovar on 34 minutes after an intelligent knock-down by Clarke-Harris following a diagonal pass. Swindon wanted a penalty on 42 minutes as Szmodics and Caddis collided but the referee awarded a goal back.

Baudry was cautioned for a foul on Dembele on the halfway line moments later. Deep into first half stoppage time, Kovar did well to shovel a low Szmodics shot away from danger. Posh levelled things up and in the process netted the clubs 4,000th league goal, Jonson CLARKE-HARRIS playing a one-two with Ward and finding the bottom corner with the aid of a slight deflection.

Moments later and Posh were nearly in front as a Dembele curler cracked against the bar and then the rebound from Clarke-Harris also hit the frame of the goal. In a frenetic start to the second period, the Robins came close to restoring their lead as Pittman was afforded space, but his fired straight at Pym.

Posh made a change on 58 minutes with Reece Brown replacing Reed in the midfield. Posh got their noses in front on 68 minutes from the penalty spot, CLARKE-HARRIS coolly converting from 12-yards into the bottom corner after Szmodics had been upended in the box by Baudry.

Posh made it 3-1 on 77 minutes and it was substitute Ryan BROOM who netted it, racing onto a pass from Dembele, remained calm under pressure and finished well past Kovar. Clarke-Harris curled over from the edge of the box after good work from Butler on the left-hand side as Posh pushed for a fourth goal. 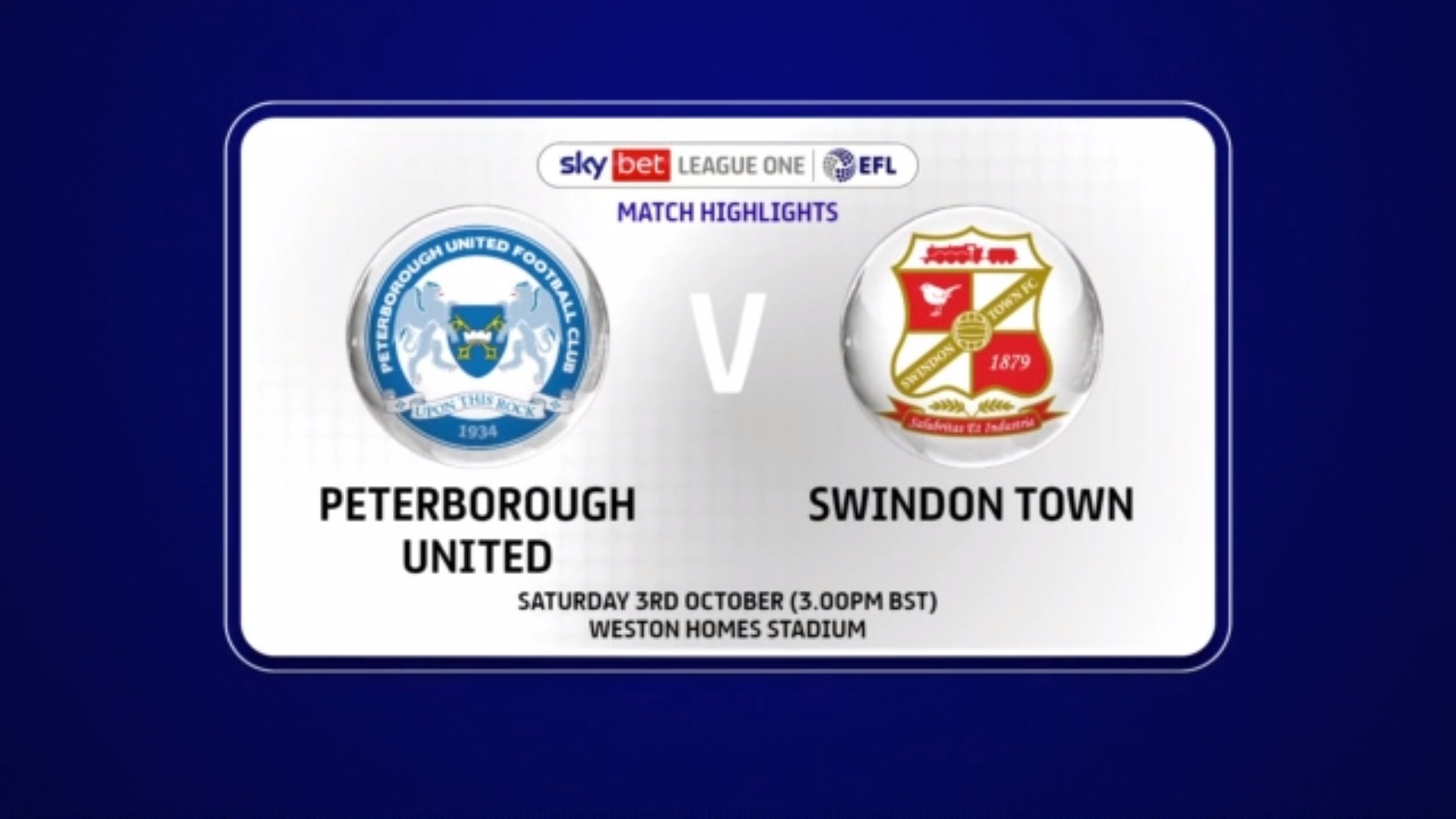 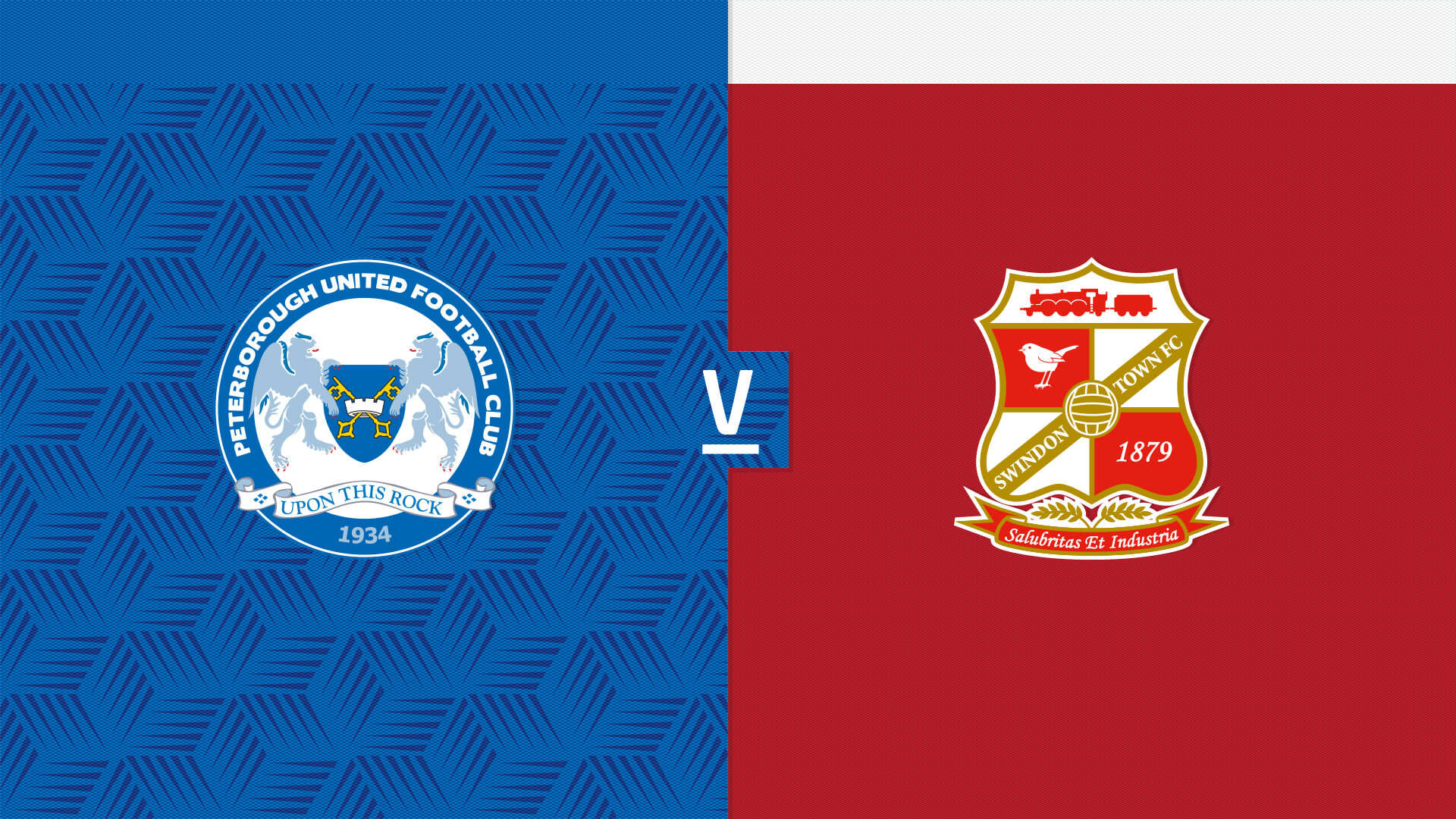 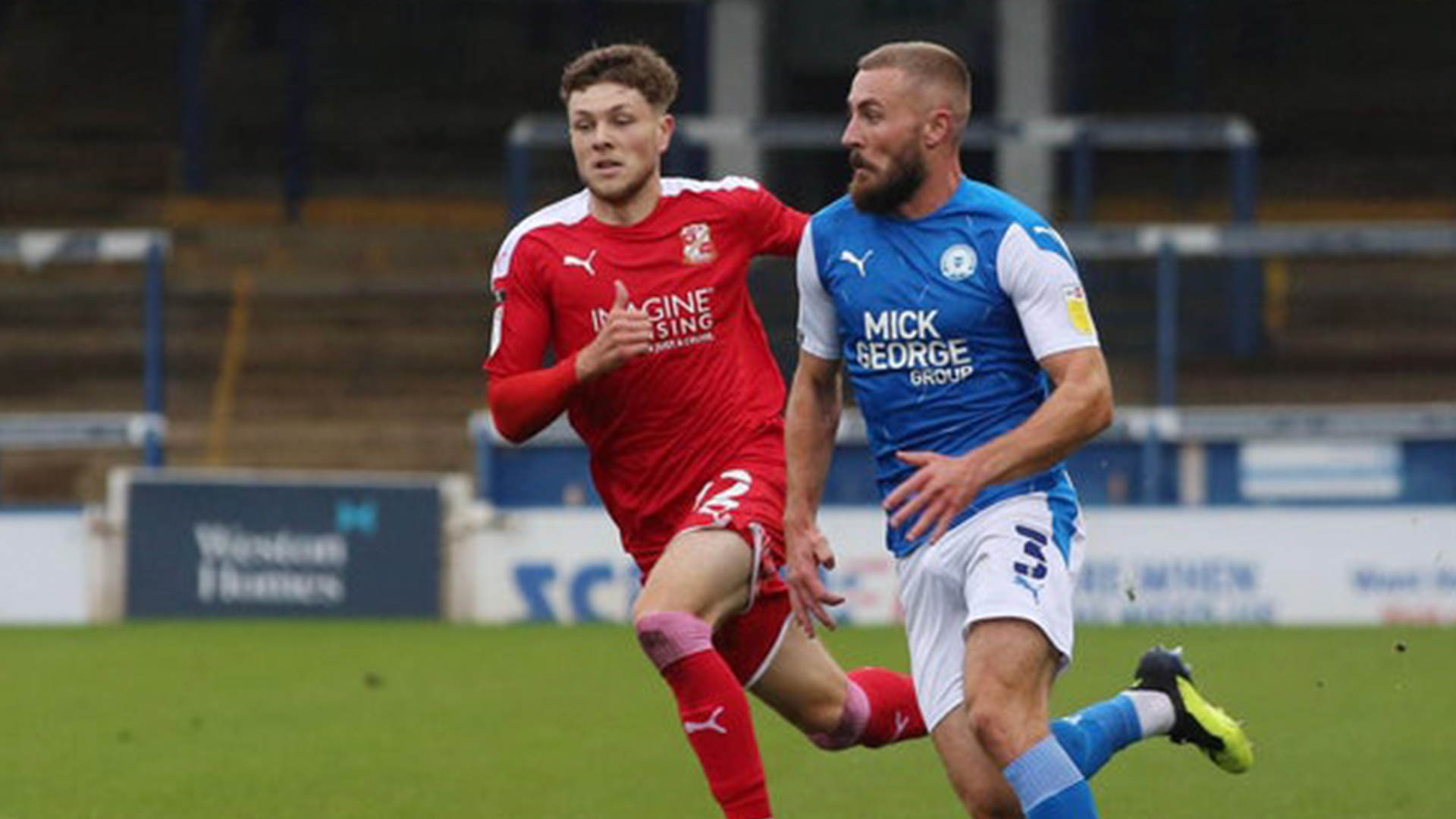