The EFL Trophy group stage is back on Tuesday evening with Posh facing Fulham under 21s at the Weston Homes Stadium.

Peterborough United welcome the Fulham under 21 squad to the Weston Homes Stadium on Tuesday evening for the second group stage game of the EFL Trophy with Darren Ferguson’s men knowing a victory within the 90 minutes would put them on the verge of qualifying for the knockout stage of the competition.

The tie kicks-off at 6pm and Ferguson has confirmed that he will play a strong side against the Cottagers as he looks for a win ahead of the final group stage game away at local rivals Cambridge United next month.

Posh will definitely be without teenage front man Ricky-Jade Jones. The youngster will see a consultant this evening as his troublesome leg injury continues to cause issues. He is already rated as doubtful for the local derby at Northampton Town on Saturday.

Defender Niall Mason has been given the all-clear to play after the club completed the protocols around concussion following a head injury sustained in the friendly against Gillingham last Tuesday. Frazer Blake-Tracy will continue his comeback against Fulham while Sammie Szmodics will feature as he continues to gain match sharpness.

Flynn Clarke has been given permission to play ahead of linking up with the Scotland under 19 squad for two games against England at St. George’s Park. Ferguson is hopeful that Clarke will feature from the bench on Thursday and could start on Sunday for the young Scots.

“Fulham will be young, obviously, and they will be technical because you don’t play for a Premier League Academy without that ability. They will be quick and will be looking to impress. I have named a strong squad because I want to get the win that will almost put us through and players need minutes including Sammie Szmodics. Reece Brown and Ethan Hamilton will both start and with Jack Taylor unavailable on Saturday as he is away with his country, it is a good opportunity for both to stake a claim,” Ferguson said.

The game is live on iFollow with match passes available for £10. You can buy a match pass here https://www.theposh.com/matches/fixtures/first-team/202021/october/peterborough-united-vs-fulham-u21-on-06-oct-20/

Three points and four different goalscorers as Posh overcome spirited Fulham under 21 side at the Weston Homes Stadium.

Peterborough United secured three points in the group stage of the EFL Trophy to go with the two accrued in the first game against Burton Albion with a 4-2 victory over Fulham under 21s at the Weston Homes Stadium with Flynn Clarke among the scorers ahead of his first taste of international football with Scotland under 19s.

Fulham made a lively start to the contest at the Weston Homes Stadium with goalkeeper Dan Gyollai forced into action twice inside the opening quarter, first denying the lively Fabio Carvalho in a one on one situation with his legs and then keeping out a fierce drive from Jaydn Mundle-Smith from a tight angle, tipping the effort over the crossbar.

Goalkeeper George Wickens, who had a few nervous moments in possession in the opening moments, made a good save on the retreat to keep out a deft lob from Sammie Szmodics on the 20-minute mark.

Five minutes later and Posh had the lead and it was a wonderful flowing move, which featured an excellent reverse pass from George Boyd, a forceful run from Niall Mason and a fine finish on the turn from Mo EISA.

Eisa was denied a second goal on 28 minutes by a superb goal-line clearance from the retreating Connor McAvoy after Szmodics and Boyd had done well to create the opportunity for the former Bristol City front man.

McAvoy produced another superb block to keep out Eisa again on 37 minutes, it may have struck his hand (by his side), but the bravery was exemplary. Naismith was fortunate not to score an own goal as he sliced a clearance against his own bar before substitute Flynn Clarke was denied at the other end by keeper Wickens.

Posh doubled the lead on 49 minutes as Sammie SZMODICS collected a pass and drilled a low shot from 25-yards into the back of the net via the inside of both posts. The visitors reduced the arrears on 52 minutes as Jayden HARRIS was allowed to find the bottom corner with the aid of a slight deflection.

Posh made it 3-1 on 55 minutes as a Boyd cross was only partially blocked and substitute Flynn CLARKE was there to fire home the loose ball with his left-foot pas Wickens. Szmodics made a superb last-ditch tackle to keep Fulham at bay before he was withdrawn on the hour mark with Serhat Tasdemir his replacement.

Substitute Tasdemir was denied a goal from a fine stop from Wickens after a glorious pass from Clarke had started the attack. Brown could and perhaps should have made it 4-1 moments later after he was picked out by Boyd, but he dragged his shot inches wide of the far post.

The visitors reduced the arrears on 71 minutes as a corner was swept home at the near post on the volley by TIEHI. Gyollai was alert to keep out a Tiehi effort before Posh made it 4-2 and it was a first goal since his return for BOYD, who drilled home with his left-foot, a rather textbook goal from the 35-year-old.

Gyollai did well to deny Tiehi after a good spin by the striker in the box as the tie entered the final five minutes. The keeper did even better moments later to keep out a stinging drive from Harris after Posh lost possession in midfield.

Hamilton, Brown and Tasdemir had efforts as the game drew to a close, the one from Tasdemir was the one that produced the more strenuous stop from Wickens. Burrows was next to try his luck but his left-foot effort went wide before Tasdemir was denied by the keeper diving to his right. 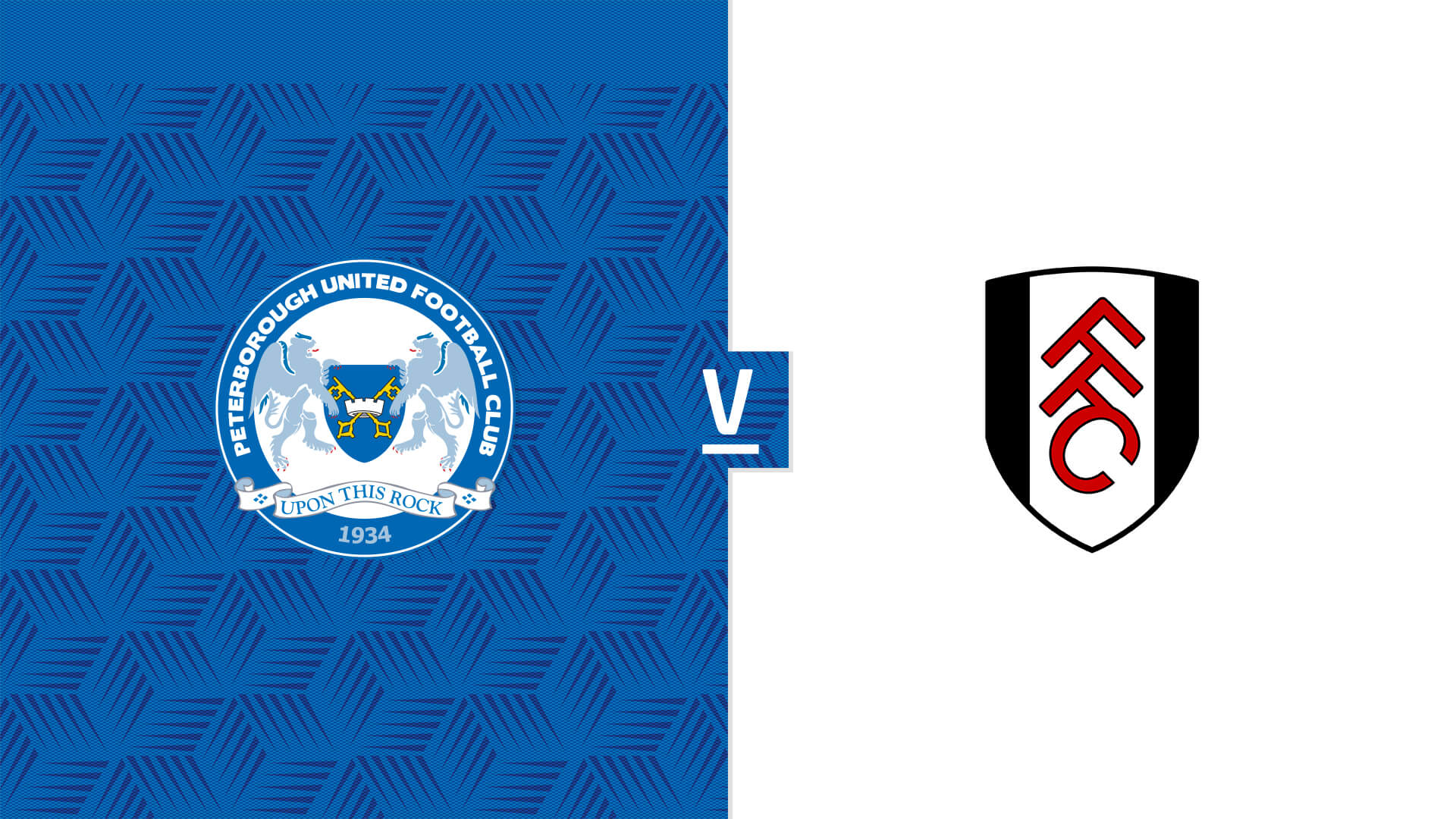 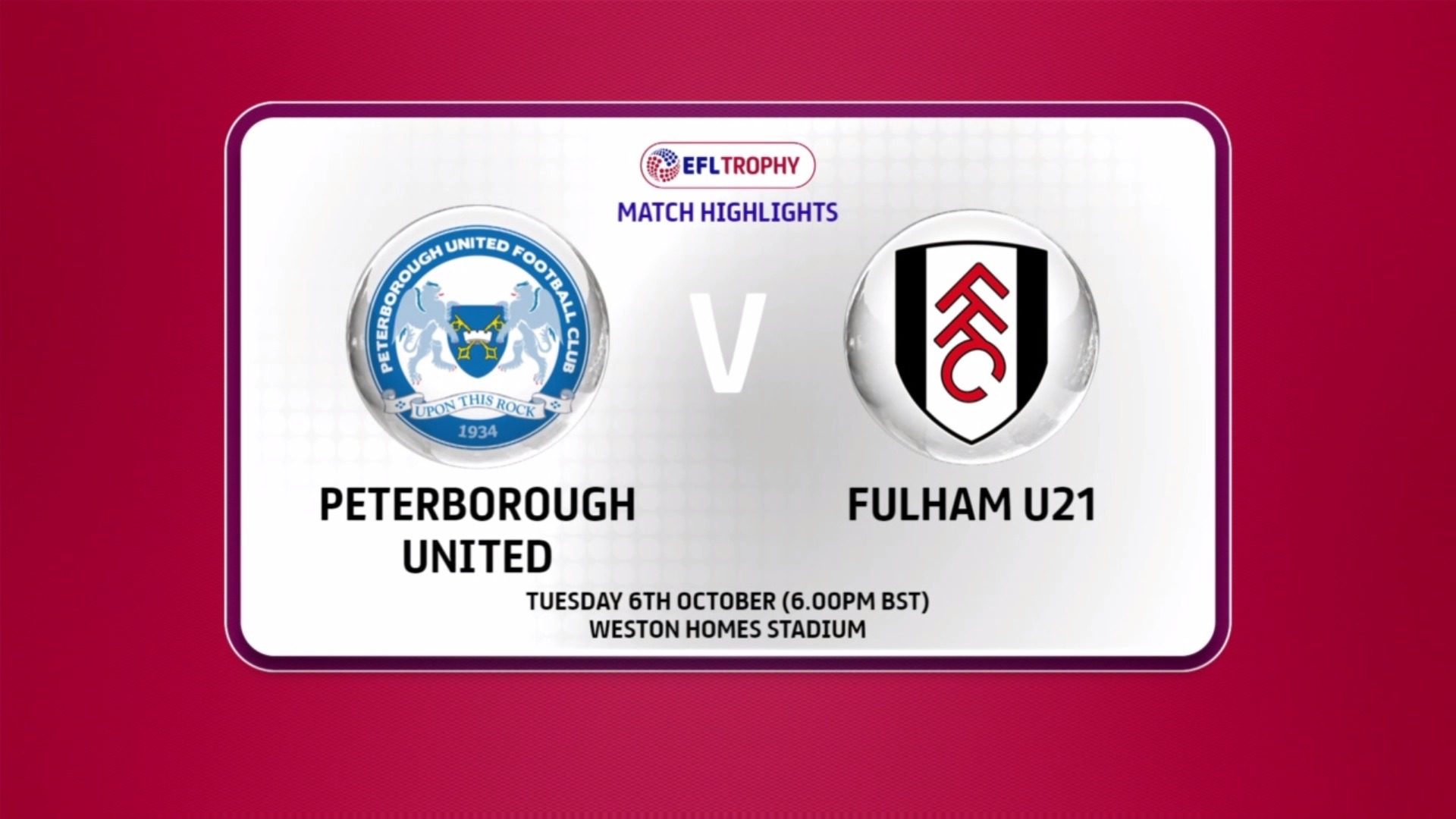 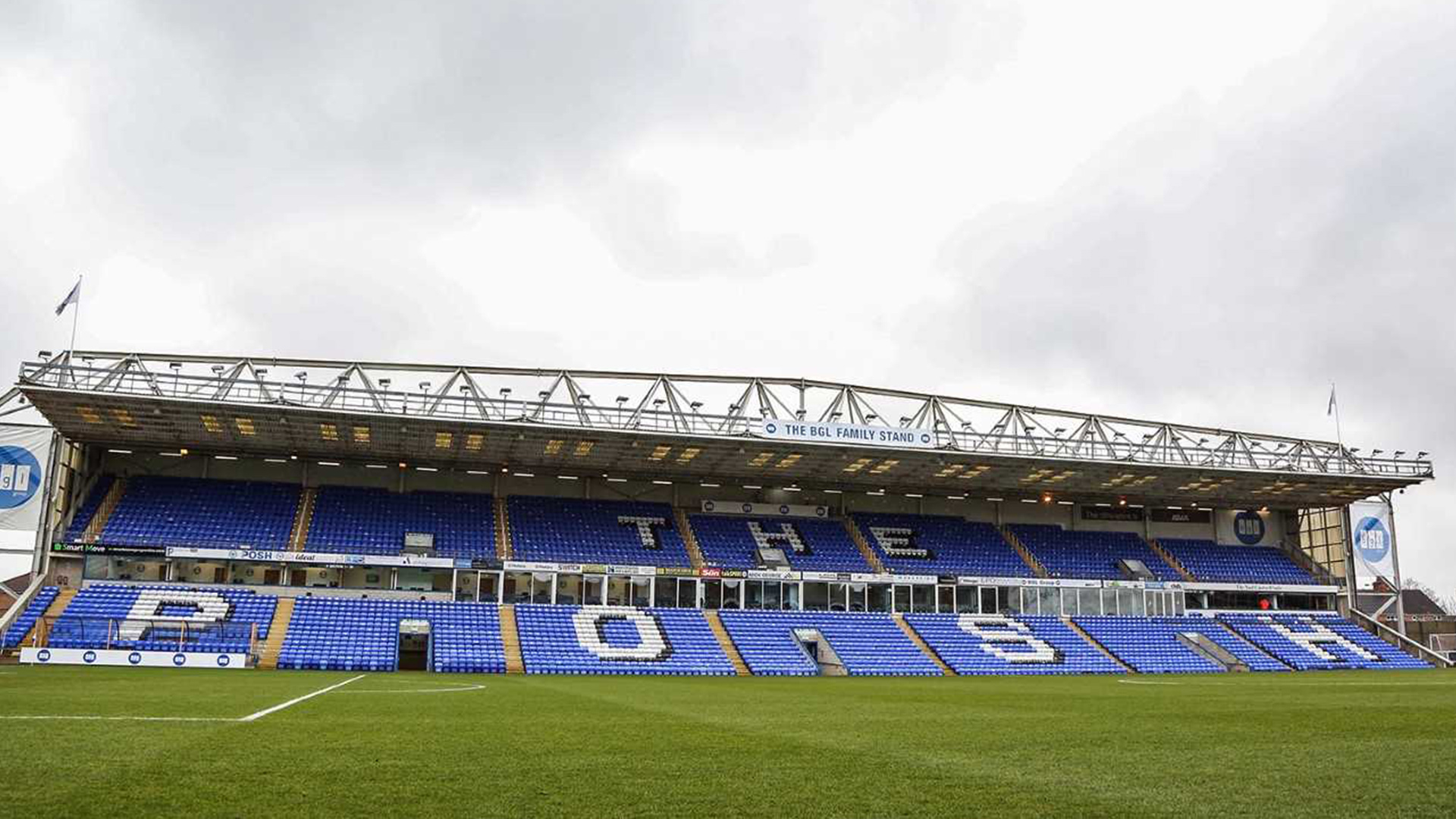