Posh travel to Hull City in League One on Saturday.

Peterborough United make another trip north this weekend as Darren Ferguson takes his in-form side to the KCOM Stadium to face league leaders Hull City, who go into the game on the back of a narrow 1-0 success over AFC Wimbledon on Tuesday evening.

The Tigers have made an excellent start to the campaign with their only defeat coming at Fleetwood Town in a televised clash that ended in a 4-1 loss. Hull have already kept six clean sheets this season and are among the favourites for an immediate return to the Championship.

Posh have kept three clean sheets in a row themselves, with four successive league victories (Northampton, Swindon, Oxford and Wigan) lifting the club into the play-off places in League One.

Posh will be without teenage front man Ricky-Jade Jones who is side-lined until at least Christmas with a leg injury. Joe Ward received treatment following a hefty challenge at the DW Stadium on Tuesday night but is expected to be fit.

Lewie Coyle has been ruled out for four to six weeks after tearing ligaments in his right shoulder, Hull City boss Grant McCann has confirmed. The 25-year-old was withdrawn in the first half of the Tigers’ 1-0 win over AFC Wimbledon following a heavy collision with Steve Seddon.

McCann says the injury is not as bad as first feared and the right-back will not require an operation. McCann also confirmed that Jordy de Wijs is back available after a bout of illness and James Scott has now returned to training. Mallik Wilks, who was only fit to start on the bench against the Dons, has now fully recovered from illness.

“Like Tuesday, it is a big pitch at Hull, and I have no doubt that it will be an entertaining game because both sides like to play football. Hull have made a good start to the season. It can be difficult to make a positive start after a relegation, but they have strung together a lot of clean sheets and are very difficult to break down. Our squad are in a good place at the minute and we are looking forward to the game,” Darren Ferguson said.

“We want to continue to build on that and we’re going to have a very tough game here at the weekend against one of the teams that I’d imagine will be up and around the automatic promotion places. We have made a decent start to the season. We will go into the game in a good mood, we have reacted well to the defeat at Fleetwood,” Grant McCann said.

Match passes for the game can be purchased for £10 now. To buy a pass click here:

Posh come from behind to register a fifth successive League One victory.

Peterborough United made it five league wins in a row and sixth in all competitions after coming from behind to secure all three points against league leaders Hull City with Jonson Clarke-Harris and Siriki Dembele on target in the second half to move Posh into second place in the League One table.

After a quiet start to the contest in driving rain, the home side saw the first yellow card of the game as Callum Elder was cautioned for a foul on Joe Ward. Nathan Thompson followed him into the book on the half hour mark for a foul as Hull countered at pace.

Malik Wilks fired over the crossbar moments later with his right-foot after a fortunate spin of the ball saw the former Leeds man gain possession just outside of the penalty area. The hosts got their noses in front on 36 minutes and Posh were left aggrieved as a clear foul on Taylor was not spotted by the official, this allowed Hull to counter and WILKS curled home with his left-foot to give the Tigers a lead.

Posh made a change on 49 minutes with teenager Flynn Clarke replacing Ryan Broom. On 62 minutes, Posh drew themselves level as a superb cross from Joe Ward was headed past Ingram by the in-form Jonson CLARKE-HARRIS.

Smallwood was cautioned for a foul on Taylor on 64 minutes by referee Tom Nield. Docherty fired wide from 25-yards on 69 minutes after Pym’s punch presented a bit of a shooting opportunity from distance for the Tigers.

Hull made a double change on 70 minutes with Tom Eaves and Hakeem Adelakun introduced by Grant McCann. Wilks struck the outside of the post via a deflection from Butler on 72 minutes as Hull continued to cause plenty of problems.

Posh got their noses in front on 73 minutes as wonderful wing play from Joe Ward down the right saw him beat Elder with skill and pace and pick out DEMBELE, his shot took a deflection and loops into the back of the net. Pym produced a fine reaction stop to keep out substitute Adelakun at the near post before Posh had appeals for a spot-kick turned down as Dembele took a tumble in the box.

Substitute Eaves glanced a header inches past the far post on 82 minutes after great play from Honeyman down the right hand side. 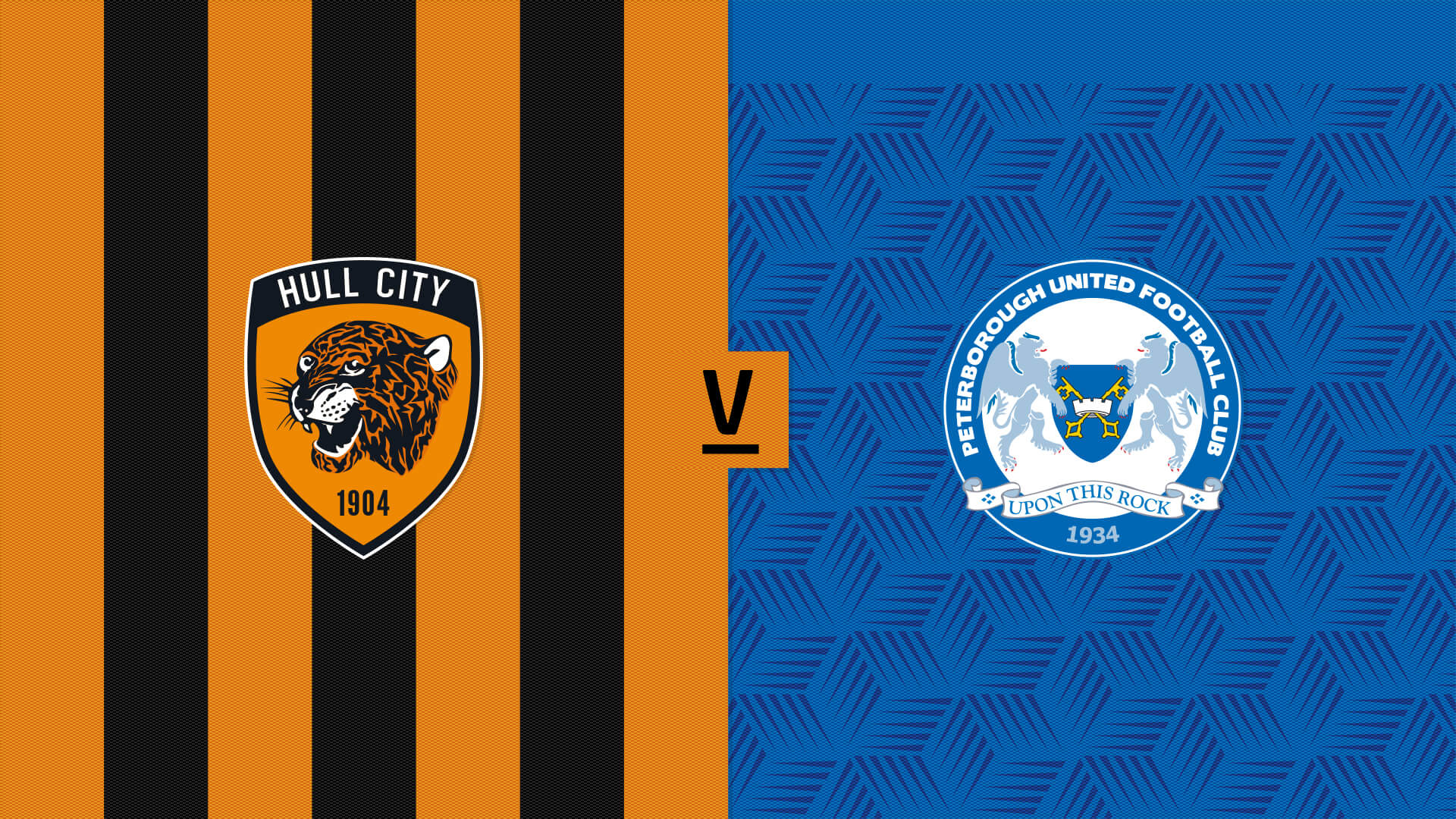 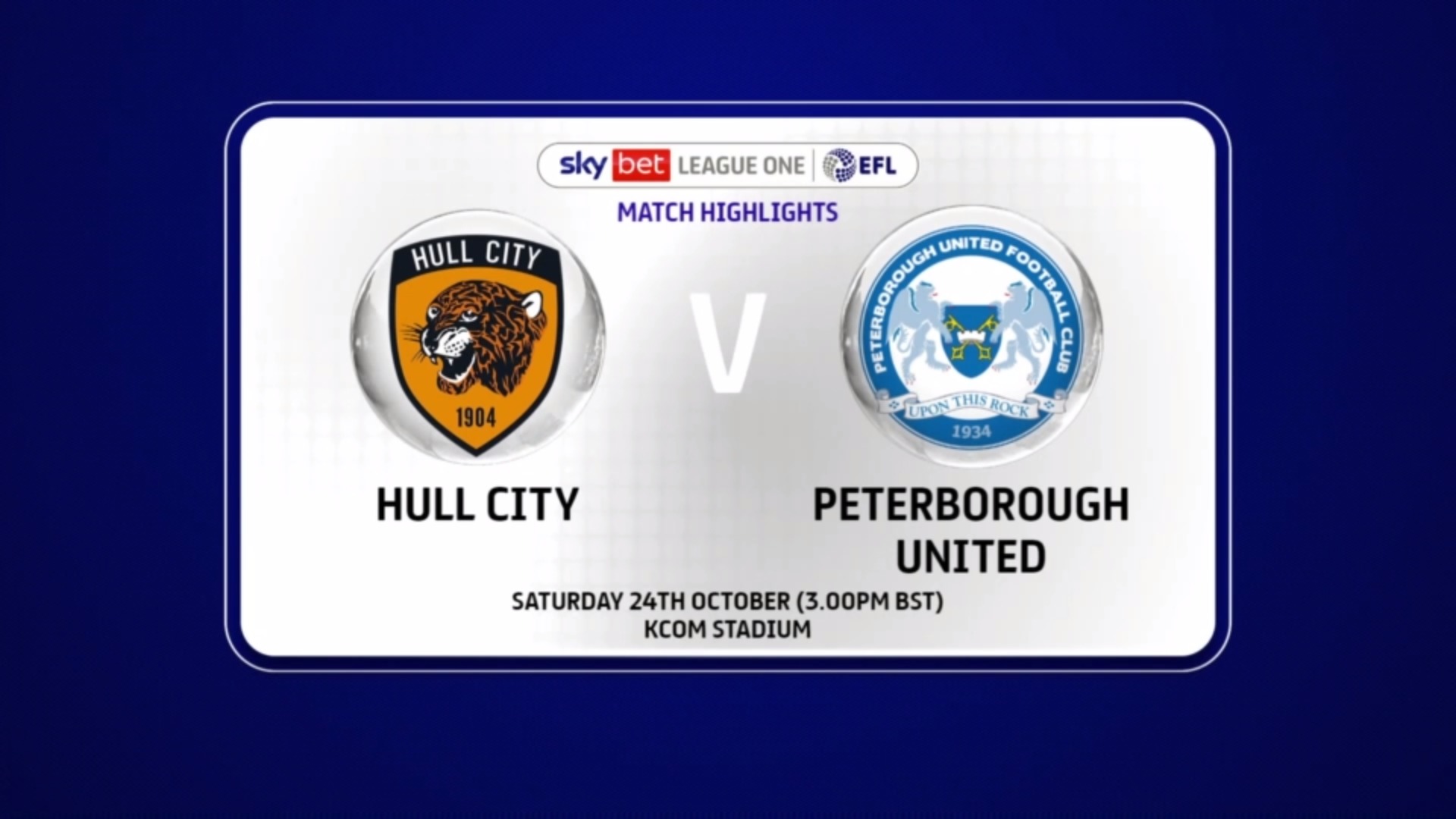