Posh welcome Blackpool to the Weston Homes Stadium on Saturday.

Peterborough United return to the Weston Homes Stadium on Saturday afternoon (3pm) with Blackpool the opponents in Sky Bet League One action as Darren Ferguson’s men look to bounce back from last weekend’s disappointing 2-0 defeat at Crewe Alexandra.

Posh remain top of the table and are hopeful of keeping up their excellent home record, which has seen no side leave PE2 with all three points in league action all calendar year. Posh have only played five league games at home so far this season but with back to back games against Blackpool and then Plymouth on Tuesday evening, as well as next Saturday’s Emirates FA Cup tie with Chorley, there are plenty of opportunities to take advantage of home comforts.

Blackpool arrive in form after three successive victories as they look to live up to their pre-season tag of play-off hopefuls. They are managed by former Liverpool coach Neil Critchley.

Posh are without the services of experienced defender Nathan Thompson due to hamstring injury, but he is expected to be fit for the cup tie with Chorley, if selected. Ricky-Jade Jones is a week ahead of schedule as his rehabilitation continues from a leg injury – he is due to be back on grass in training on the 12th December.

Meanwhile, young attacking midfielder Flynn Clarke suffered a hamstring injury in the midweek reserve team friendly success over Southend United at the Mick George Training Academy. Sam Cartwright and Harrison Burrows netted in the win, but Clarke was forced off after complaining of tightness in his hamstring and could be out for up to four weeks.

The Seasiders have had to do without a host of players in recent weeks due to injuries and suspensions. Ben Woodburn has also been unavailable for the last two weeks as he self-isolated after testing positive for Covid-19. One-man Blackpool won’t be able to call upon this weekend is Matty Virtue, who continues to recover from a hamstring injury. While he’s still some way away from returning, the midfielder is making good progress.

“Blackpool made quite a few signings during the close season and they have plenty of attacking options. They have good pace in wide areas and at times play with four attacking players. They have won the last three games and sometimes it takes a little while to build momentum with a new team. For us, we want to bounce back from last week. We have had a good week of training and we look forward to the home games to come,” Darren Ferguson said.

“We have had a number of first team players unavailable through injury and suspension, so we are beginning to get bodies back. Keshi Anderson played in the EFL Trophy in midweek and comes into contention, as does Ben Woodburn,” Neil Critchley said.

iFollow match passes are available to purchase for £10. Remember, the club benefit from any iFollow pass sold. You can purchase a pass here:

Peterborough United suffered their first defeat at the Weston Homes Stadium of the calendar year as Blackpool striker Gary Madine bagged a late winner to secure all three points for the in-form Seasiders.

Jerry Yates squandered a fine chance for the Seasiders on four minutes as he found space, cut inside and drilled a left-foot shot towards goal, but thankfully for Posh, it went wide of the near post. Pym did well moments later to keep out a deflected Hamilton effort as the visitors made a lively start to the contest.

Madine drilled a shot wide of the post on 12 minutes after Posh lost possession high up the pitch. The visitors got their noses in front on 18 minutes as YATES was allowed time and space in the box to turn and drill a low shot through the crowd and past Pym.

Moments after the interval, Blackpool were gifted a chance to make it 2-0 but Kaikai curled his shot over the crossbar. Darren Ferguson made a change on 51 minutes with Ryan Broom replacing Ward and a double change just after the hour with Frazer Blake-Tracy and Mo Eisa introduced.

Posh drew themselves level on 84 minutes as birthday boy Frankie KENT powered home a header from a driven Butler corner kick. Dembele fired over after a good layoff from Clarke-Harris on 88 minutes as Posh pushed forward.

On 89 minutes, the visitors got themselves back in front as MADINE slotted home from close-range after a low centre. In stoppage time, Clarke-Harris saw a header clip the top of the crossbar. 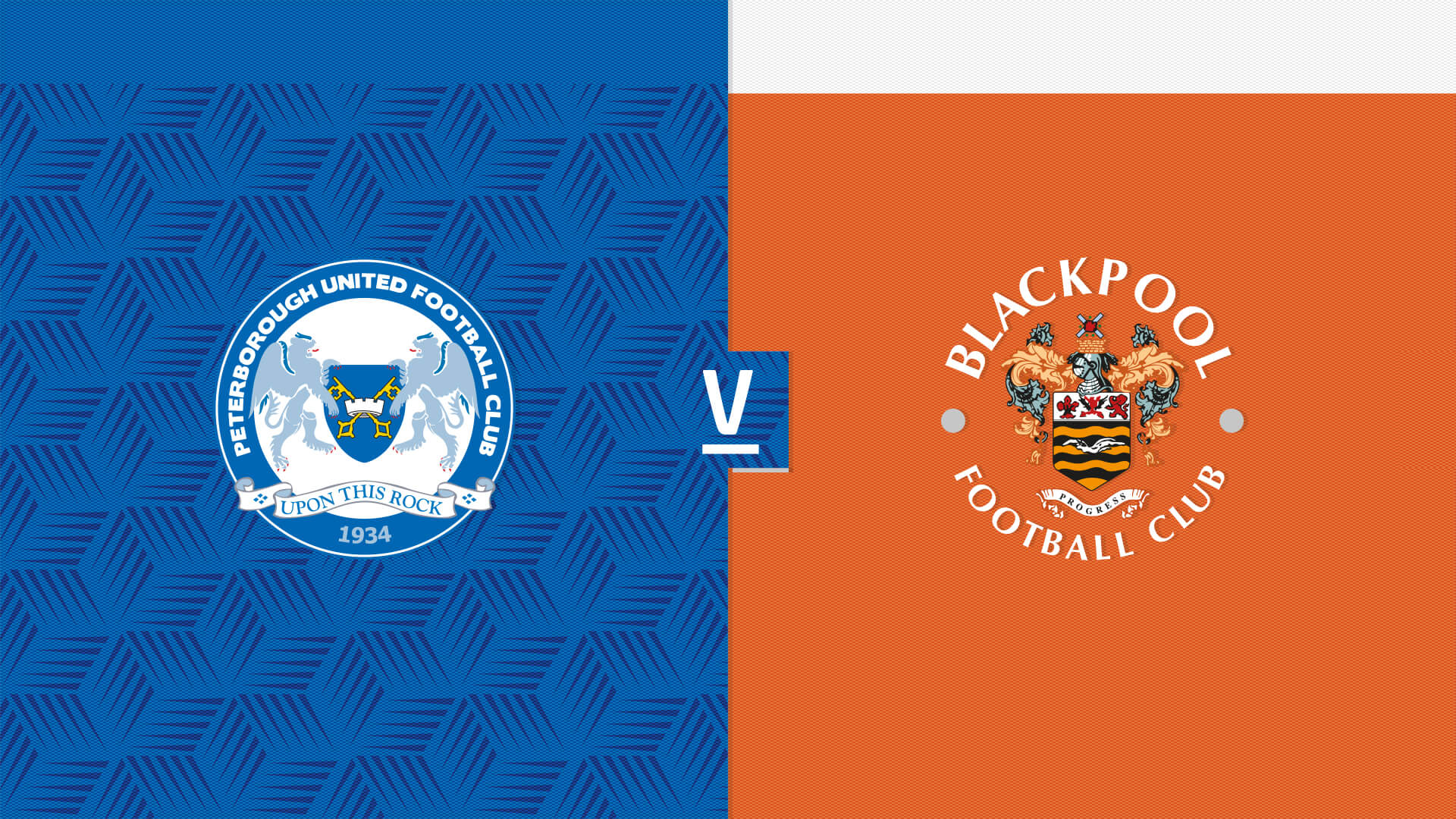 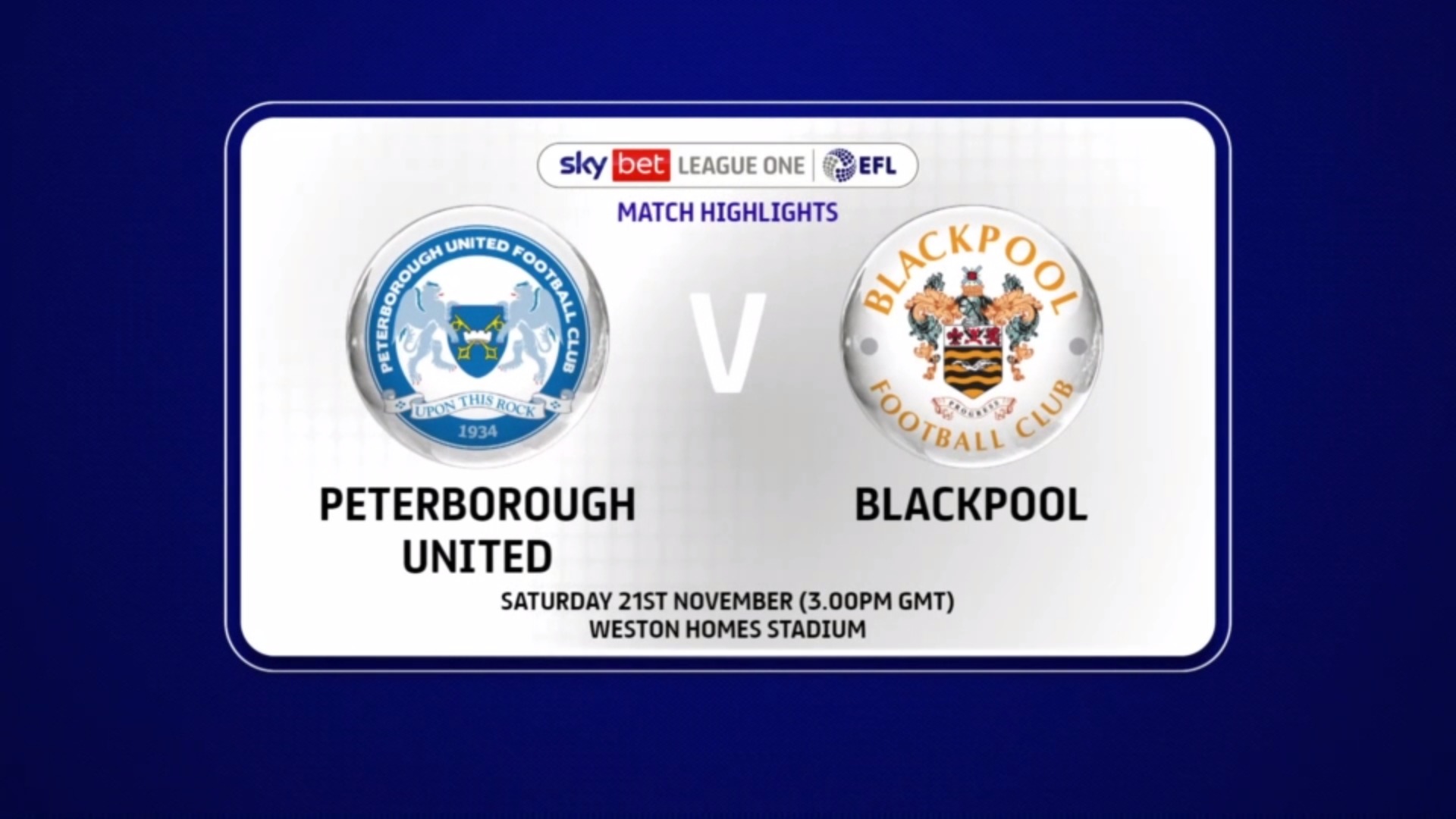