Posh travel to Gresty Road to take on Crewe Alexandra on Saturday.

After a break for cup action, it is back to the bread and butter of the league this weekend for Peterborough United as Darren Ferguson takes his in-form side to Gresty Road to face Crewe Alexandra in Sky Bet League One (3pm).

Fresh from winning the October Manager of the Month, Ferguson and his management team will look to build on a positive week in cup competitions with progress in the Emirates FA Cup and a 1-1 draw at Cambridge United with much changed XIs.

Posh will be without the services of experienced defender Nathan Thompson, who has been ruled out for three league games due to a hamstring injury. Ricky-Jade Jones is out until Christmas with a leg injury. Jack Taylor is away on international duty with the Republic of Ireland under 21s so Louis Reed and Ethan Hamilton are competing for a midfield berth alongside Reece Brown.

Crewe have had a fairly settled side this season with Charlie Kirk among those that have starred in notable successes. Former Gillingham front man Mikael Mandron is expected to lead the line with former MK Dons winger Daniel Powell providing the ammunition.

“Crewe are the best footballing side that I have seen this season. That may not come as a surprise because they have always had that philosophy and clear identity, but they have not changed at this level and have performed very well. I have a lot of admiration for the job that David Artell has done at the club and they have produced a host of excellent young players from their Academy in the past and are continuing to do that,” Darren Ferguson said.

“I think I read somewhere the other day that when you weigh up the opposition, if you had them at home or away and where they are in the league standings, we were judged to have had the second hardest start in the division.

“It certainly feels that way with the fixtures we have had and it will be no different when we have Peterborough this weekend. We should be used to it by now because every time we have played someone I think they have been top, second or in one of the play-off places at the time!

“That is the way it is and we have to play them all twice over the season, so it is another challenge and one we look forward to. Peterborough are a very good side and have a good, experienced manager in charge there. They have been up there for the last few years and I am sure they will be challengers again.

“I am sure Darren (Ferguson) would have watched our last couple of league games and thought ‘bloody hell they have been unlucky to have lost both of them’.  I am sure it will be a good game of football. We have managed to score some goals in the last couple of games as well, so I am sure we will give a real good account of ourselves, like we have done in most of the games, it must be said,” Crewe boss David Artell said.

Match passes for Saturday’s game are available for £10. We really do appreciate the support you give from home! To buy a match pass, click the link:

Posh good run comes to an end as Crewe Alexandra record 2-0 win at the Alexandra Stadium.

Peterborough United’s good run of form came to an end at the Alexandra Stadium as Crewe Alexandra won 2-0 thanks to two first half goals with Darren Ferguson’s men having a collectively bad day.

The home side put together a fine passing move on six minutes and it should have yielded the opening goal, Charlie Kirk guiding his header wide at the far post. Oli Finney drove an effort wide from 25-yards before Sammie Szmodics sent a curler at goal, but the keeper Jaaskelainen made a routine stop.

The hosts opened the scoring in controversial circumstances, Reed was penalised for a foul on the edge of the box, which looked contentious and from the resulting set-piece, PICKERING found the bottom corner via the inside of the post.

Crewe doubled the lead on 39 minutes as a cross-field pass was intercepted by KIRK who raced clear and finished comfortably past Pym. One minute of added time was indicated by the fourth official but as the half time whistle was blown, it was clear that the management would be disappointed with the first half showing at a very wet Alexandra Stadium.

Posh made a change at the break with Frazer Blake-Tracy replacing Niall Mason. Posh made a second change on 52 minutes with Ethan Hamilton replacing Reed in midfield. Butler fired wide of the near post and Szmodics saw a shot blocked before the latter was replaced by Mo Eisa with 20 minutes to play.

Brown saw a long-range effort parried by the keeper with a brave Eisa attempting to convert the rebound, but his volley was smothered by the shot-stopper. Posh huffed and puffed but couldn’t find a way back into the game and the incredible run comes to a conclusion. 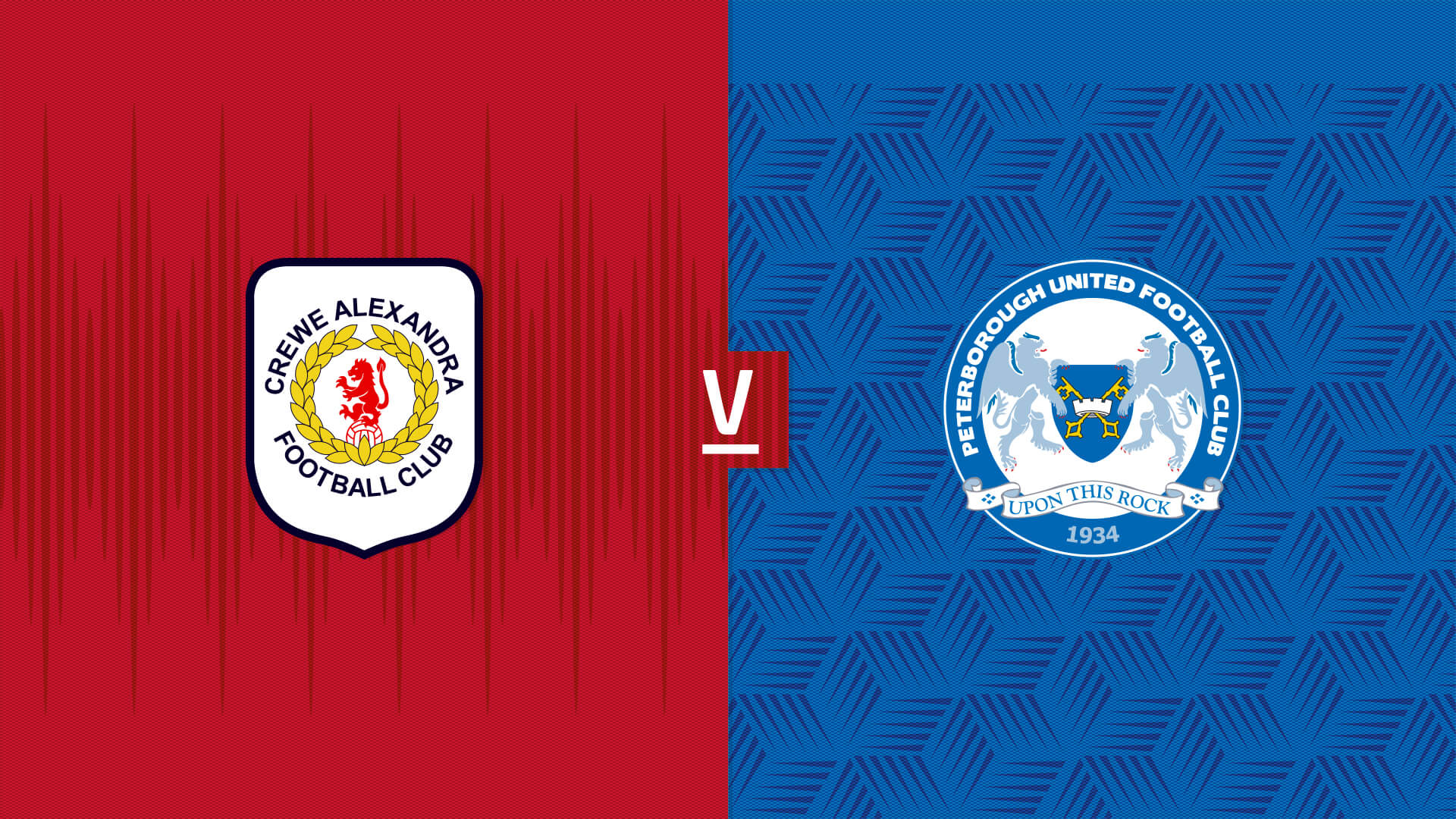 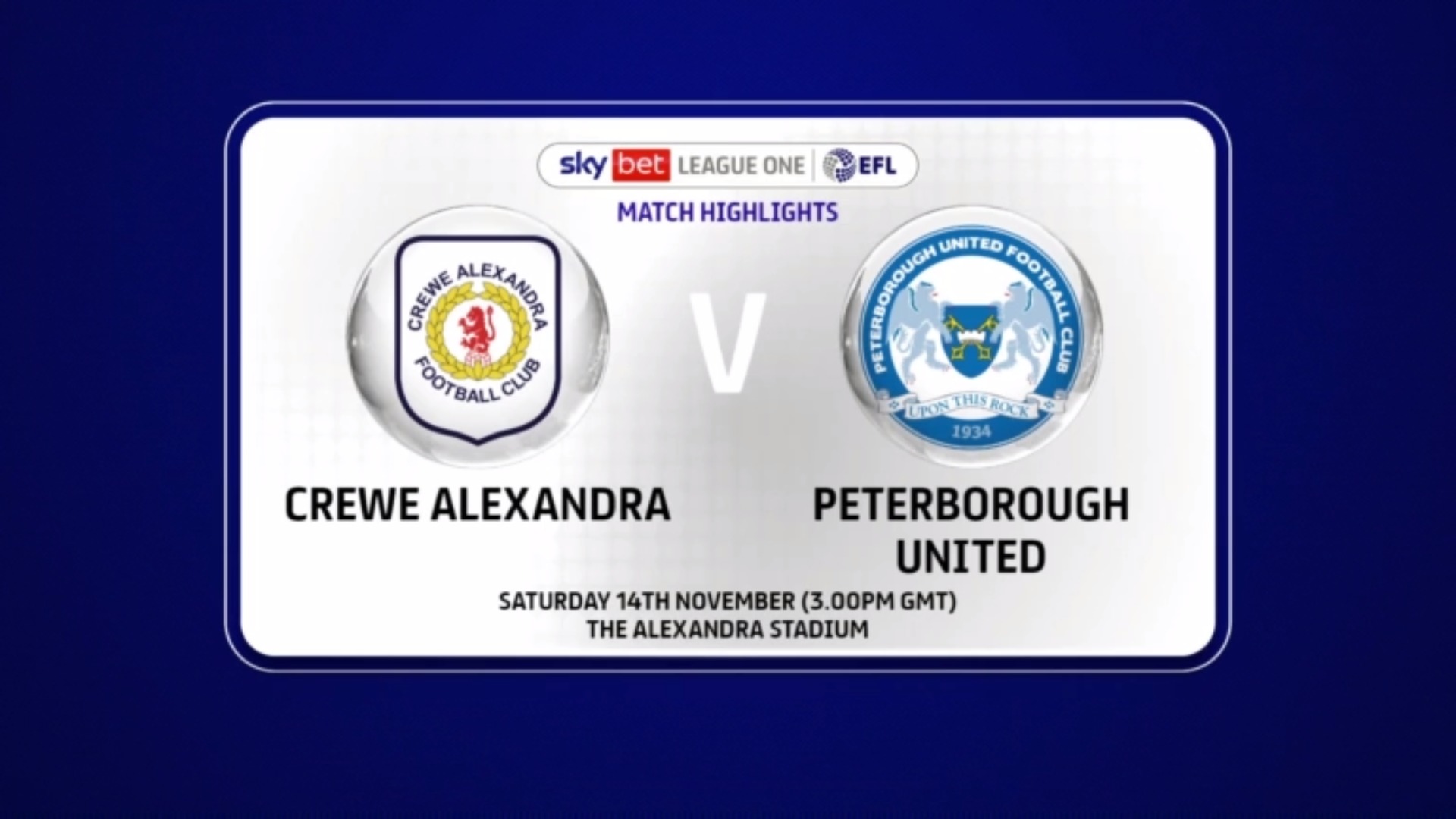 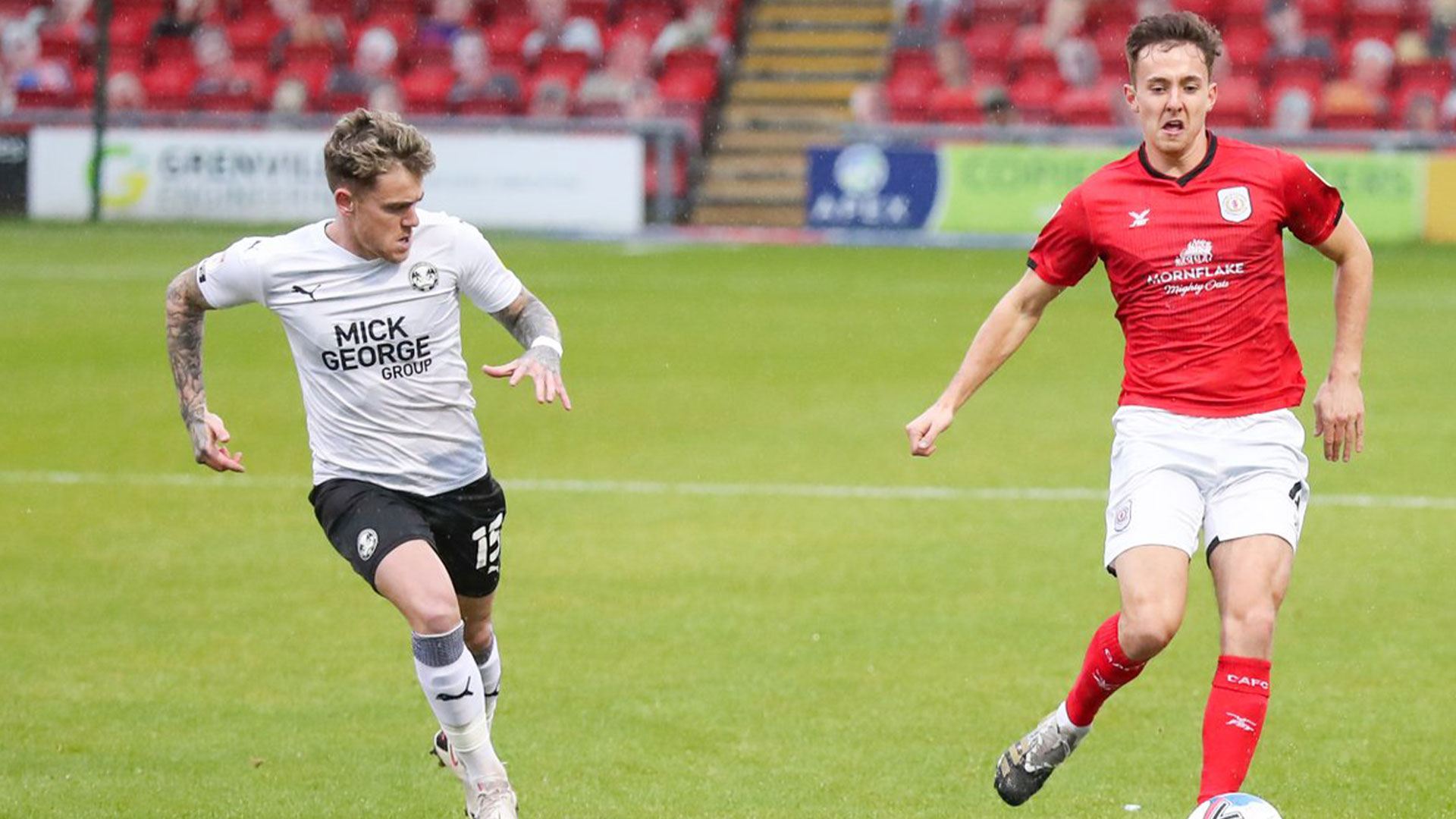