Peterborough United conclude the group stage of the newly named Papa John’s Trophy on Tuesday evening with a trip to local rivals Cambridge United (7pm) with the victors of this game securing home advantage in the first knockout round of the competition.

Both teams have already secured progress (the top two qualify) so there will be a host of changes for the U’s and Posh with Darren Ferguson confirming that he will make wholesale changes to his starting line-up.

Teenage front man Ricky-Jade Jones is out to a leg injury while defender Nathan Thompson is undergoing treatment after picking up an injury in the Emirates FA Cup first round success at Oxford United. Darren Ferguson is expected to rest all of his first team players that have featured in the league games so there will be opportunities for a number of Academy graduates including Harrison Burrows.

Cambridge are also expected to make numerous changes to this starting line-up with boss Mark Bonner commenting they will make the ‘maximum amount of changes they can make’. The U’s are flying in League Two and are the leading goal-scorers at that level with Paul Mullin the top scorer.

“We want to win the game because we want to get a home tie in the knockout round of the competition, but it is a good opportunity to get minutes’ into players. We certainly won’t be risking anyone from the first team group who have played the majority of the league games this season,” Darren Ferguson said.

“We want to be competitive tomorrow and be a winning team, but we also have to be aware that we don't want tomorrow's game to cause any more injury issues for us on a longer-term basis. We knew this little run of cup games would be a challenge, and we knew wanted to go into this game qualified already if we could. And we're pleased to have done that, winning the games with Fulham & Burton,” Cambridge boss Mark Bonner said.

iFollow match passes are available for this game priced at £10 (please note the price is set by the EFL) and can be purchased here:

Posh will be wearing blue shirts, white shorts and blue socks for the game.

If the tie is level after 90 minutes, there will be a penalty shoot-out to determine who gets the bonus point and tops the group table.

The referee is John Busby.

Cambridge United won 3-1 on penalties after a 1-1 draw at the Abbey Stadium.

Peterborough United were beaten 3-1 on penalty kicks after a 1-1 draw at the Abbey Stadium with Flynn Clarke’s superb strike cancelled out four minutes before the end by a controversial leveller.

Flynn Clarke and Serhat Tasdemir both had early efforts that went over and wide respectively as the young Posh side tried to assert themselves in the opening exchanges. Idris Kanu was next to try his luck, but leaning back, his effort went well wide of the near post.

Andrew Dallas clipped the outside of the post with a curling effort from just outside the box on 20 minutes after Posh gave away possession in midfield. Gyollai produced a fine reaction stop to keep out Boateng moments later after a neat one two from the home side.

Harvey Knibbs should have done better on the half hour mark after a delightful Boateng cross, the striker heading over the top from 12 yards. At the other end, Kanu wasted a good chance to find the breakthrough after good work down the left from Blake-Tracy, the wide-man firing over from close-range under pressure from Cundy.

Posh were close to the opening goal on 40 minutes as a Tasdemir effort crashed against the crossbar before bouncing to safety. Edwards was next to try his luck, but he fired over with his left-foot after a corner was only half cleared.

Posh opened the scoring two minutes after the re-start and it was a stunning effort from Flynn CLARKE with his curler finding the back of the net via the underside of the crossbar. Dan Gyollai produced a fine point-blank range save to keep out Dallas on 51 minutes after a low cross caused chaos.

Gyollai made another smart stop to keep out a curling El Mizouni effort on the hour mark as the home side pressed for a leveller. Blake-Tracy was cautioned on 72 minutes for a foul on the edge of the box.

Gyollai made another superb reaction stop to keep out Knowles after the same player had seen a whipped free-kick tipped over. The hosts drew themselves level on 87 minutes, Gyollai made a fine initial save but the ball spun loose and WORMAN was able to fire home from a tight angle.

Cambridge top the group with the scores level after 90 minutes, the tie then went into a very pointless penalty shoot-out. Harrison Burrows, Serhat Tasdemir and Mo Eisa all saw their spot-kicks saved by Callum Burton as the U’s eased through on penalties. 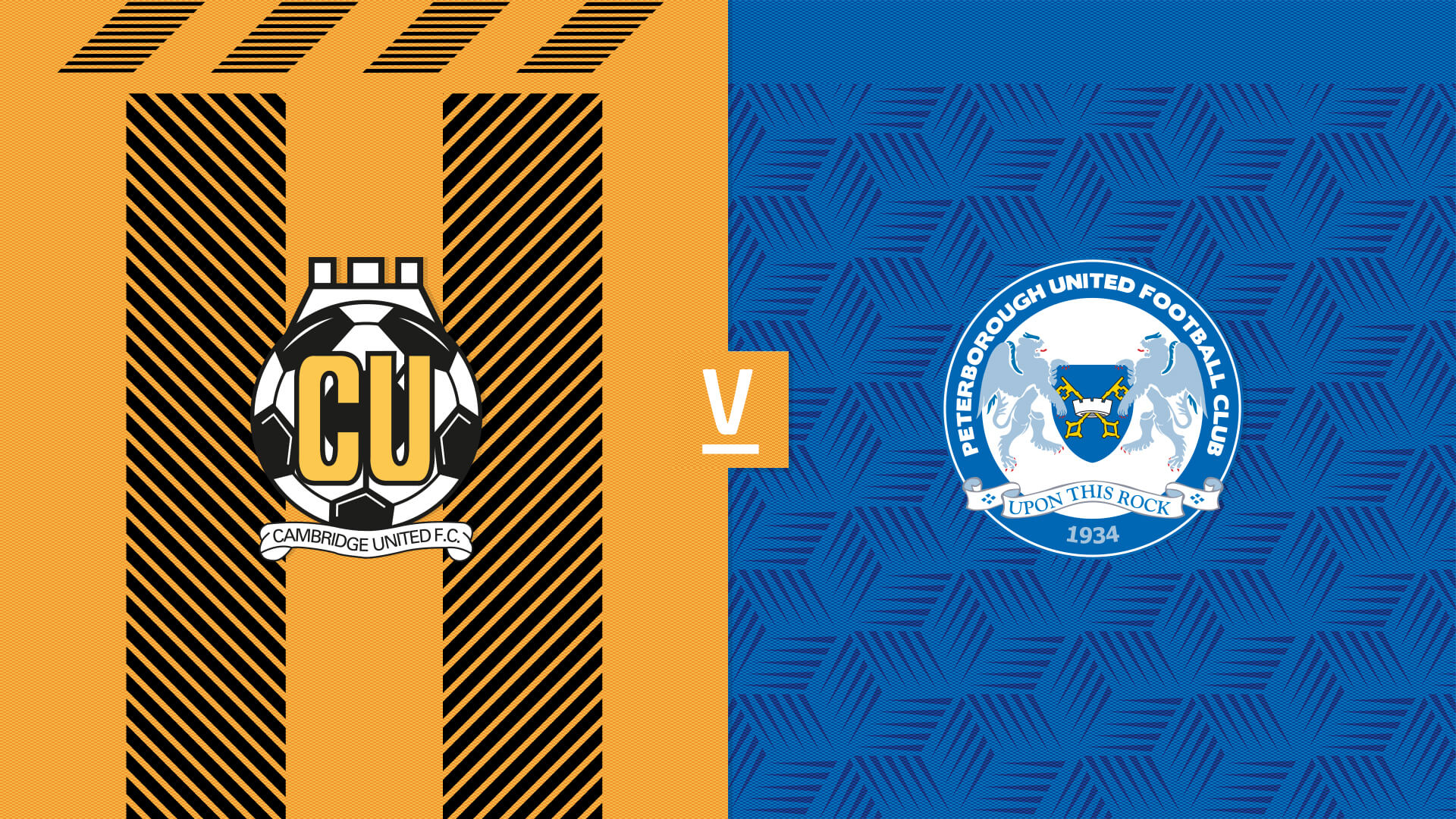 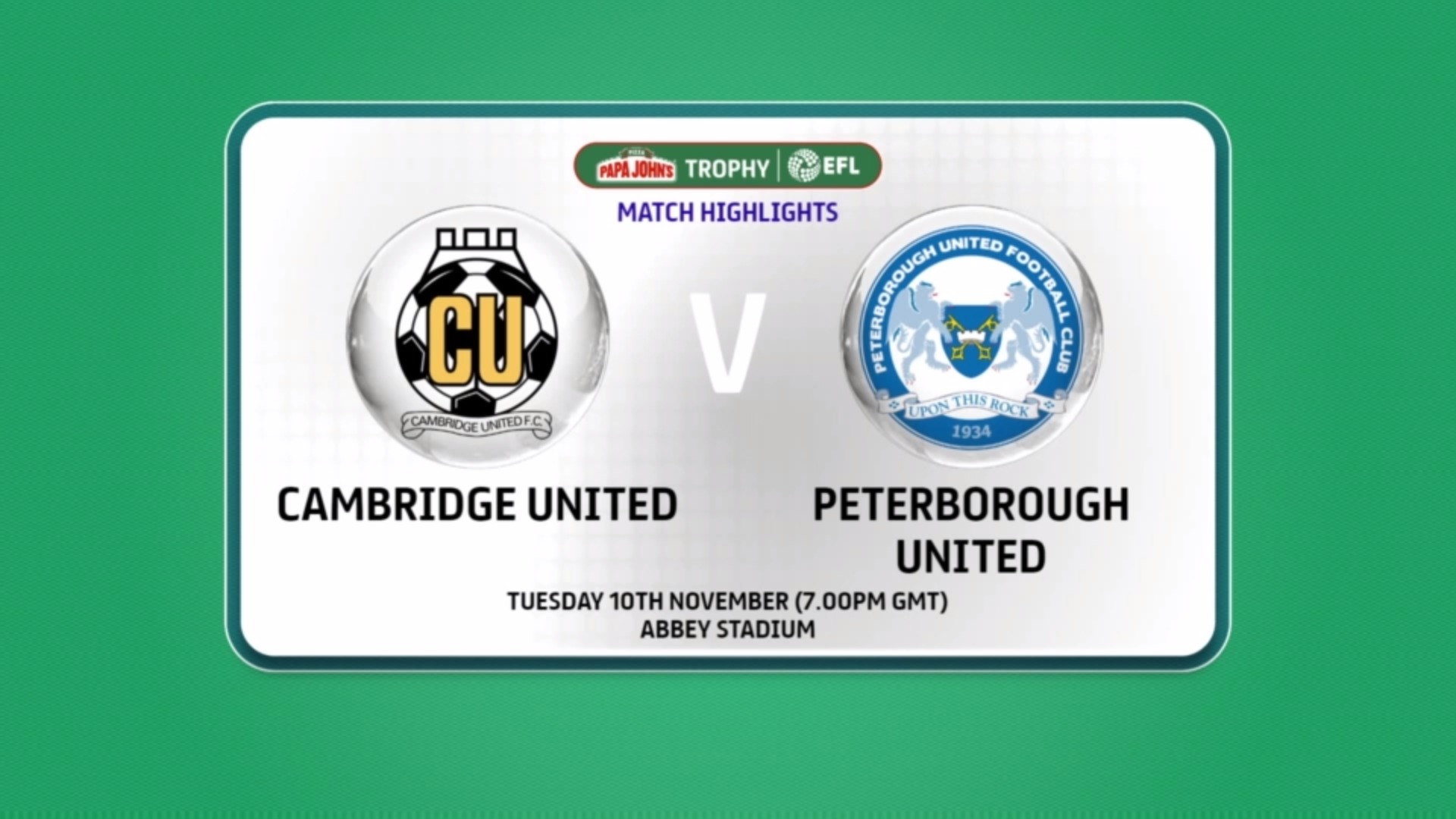 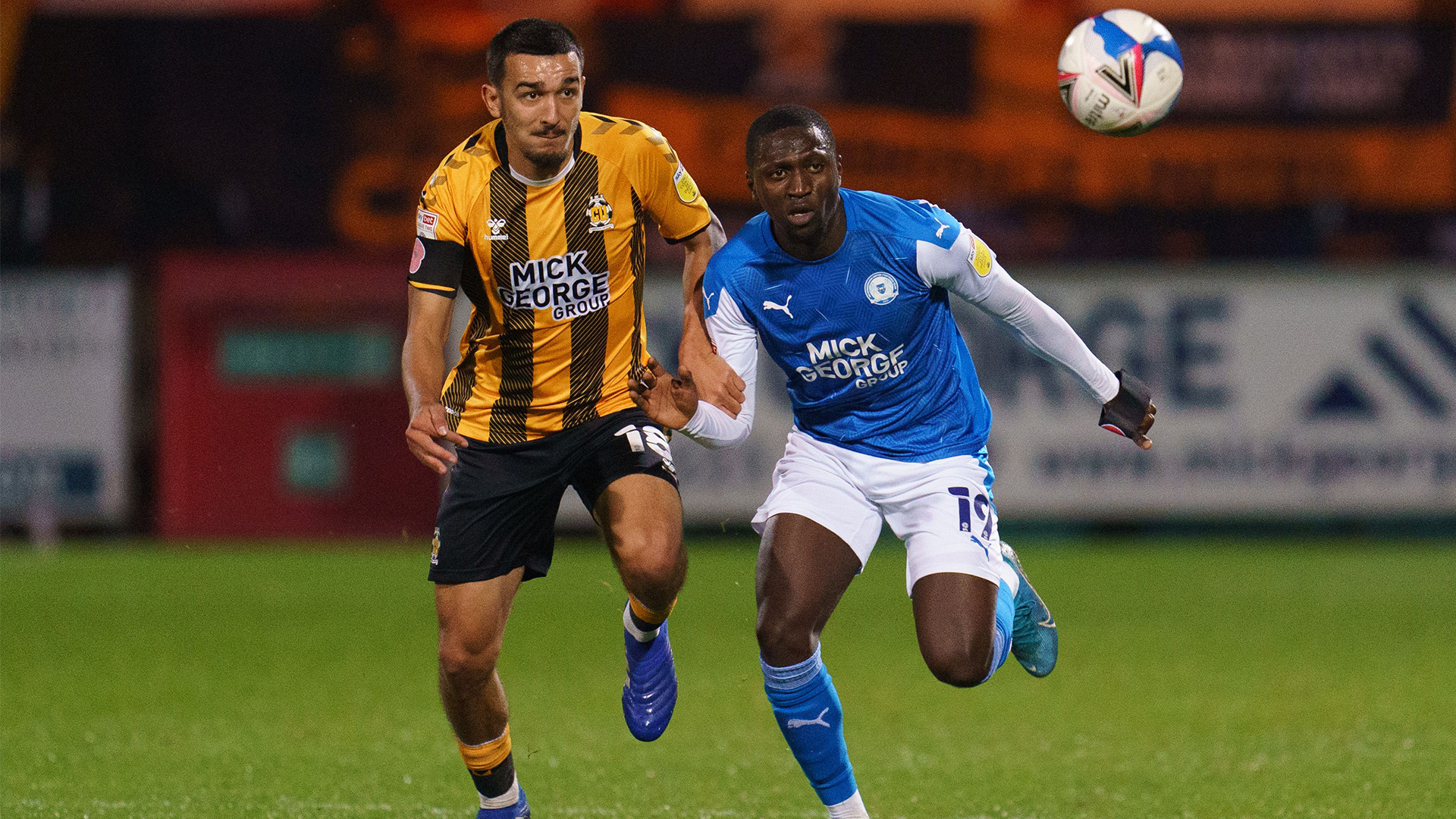