Posh head to the Kassam Stadium to face Oxford United on Tuesday evening.

Peterborough United are back in Sky Bet League One action on Tuesday night with a trip to face Karl Robinson’s Oxford United (7pm) as Darren Ferguson’s men look to make it seven victories in a row and preserve their lead at the top of the table.

Oxford have charged up the league table of late and find themselves very much in the promotion picture despite having to settle for a point at the weekend against Milton Keynes Dons. They reached the play-offs last term and made some eye-catching signings during the January transfer window.

Posh are without the services of teenage defender Ronnie Edwards due to a muscular problem, but he is making good progress and on track for a return before the end of the campaign. Louis Reed and Frazer Blake-Tracy were both excellent in a friendly victory over Ipswich Town on Friday and pushing for a return to the match day squad.

Oxford have back to back home fixtures this week with Charlton Athletic visiting the Kassam Stadium on Saturday. Karl Robinson is unlikely to tinker too much with his starting line-up but they may have an issue with striker Sam Winnall who was substituted seven minutes after coming on at the weekend.

“Oxford are a good team, they have a lot of good attacking players, particularly in wide areas and they have been in excellent form over a long period of time. I have said to the group this morning (Monday) that everybody will be needed. Louis Reed and Frazer Blake-Tracy were excellent in a game against Ipswich on Friday and that is what we need, people pushing for places. We are not looking any further forward than Tuesday night, there is a long way to go,” Darren Ferguson said.

“When we have our players fit we’re a very good team. Now our squad’s going to be challenged and we feel it’s good enough to do that. We need to make sure we’re capable of winning more games than we have over the last few weeks,” Oxford boss Karl Robinson said.

You can purchase a match pass for £10 for iFollow here:

Darren Ferguson’s men picked up a point from a 0-0 draw at the Kassam Stadium in Sky Bet League One action.

Goalkeeper Christy Pym was called upon to make just one save in nearly 100 minutes of football at the Kassam Stadium but Darren Ferguson’s men were forced to settle for a point from a goalless draw against Oxford United with hosts shot-stopper Jack Stevens rightly named Man of the Match for a string of great saves.

Sammie Szmodics registered the first effort of the game on two minutes, his low left-footed drive from 25-yards straight at keeper Jack Stevens. The keeper was called upon again minutes later as Jonson Clarke-Harris picked out Joe Ward, who had made a run from out to in, the winger tried to dink the ball over the advancing shot-stopper, but the custodian stood up big to make a good save.

Siriki Dembele was next to try his luck from distance, again it was well struck, but again Stevens was equal to the effort. Christy Pym was in the right place to keep out an interception from Thompson that could have rolled into the corner as Oxford produced a bit of magic to burst into the box from a wide area.

Ethan Hamilton, in for Jack Taylor in midfield, exchanged passes with Dembele on 23 minutes, but he couldn’t get enough on his shot and Stevens saved easily. Stevens made up for that flap moments later as he kept out an acrobatic overhead kick from Clarke-Harris after an excellent left-wing centre from Butler.

At the other end, Cameron Brannagan whipped a shot over the bar after Oxford exploited a mistake in the Posh back-line. Dembele showed quick feet to burst into the box on 35 minutes, but from an incredibly tight angle, he tried to shovel the ball past the keeper with others screaming for a cut-back.

Oxford boss Karl Robinson was forced into a change two minutes later with Elliott Lee limping out of the action to be replaced by Anthony Forde. Clarke-Harris fired over the bar on 55 minutes after a good run and cut-back from Dembele.

Posh had a glorious chance to open the scoring on 62 minutes after wonderful work from Hamilton, skipping past two challenges and delivering a superb pass for Dembele, he poked the ball past the keeper but with his left-foot clipped the outside of the post from a tight angle.

Pym produced his first save of the contest on 65 minutes, beating away a fierce drive from the experienced Matty Taylor. Darren Ferguson made a change on 74 minutes with Louis Reed replacing Brown in midfield.

Gorrin and Moore received quickfire bookings as the game entered the final quarter. Clarke-Harris whipped a free-kick over the bar on 76 minutes after Dembele was upended 30-yards from goal. Clarke-Harris volleyed over after a poor Moore clearance before Oxford made a double change with Agyei and the dangerous Shodipo introduced.

In stoppage time, Stevens produced a fine stop to keep out a glancing header from Clarke-Harris following a Ward corner kick before the referee brought an end to the contest with Posh picking up a valuable point on the road. 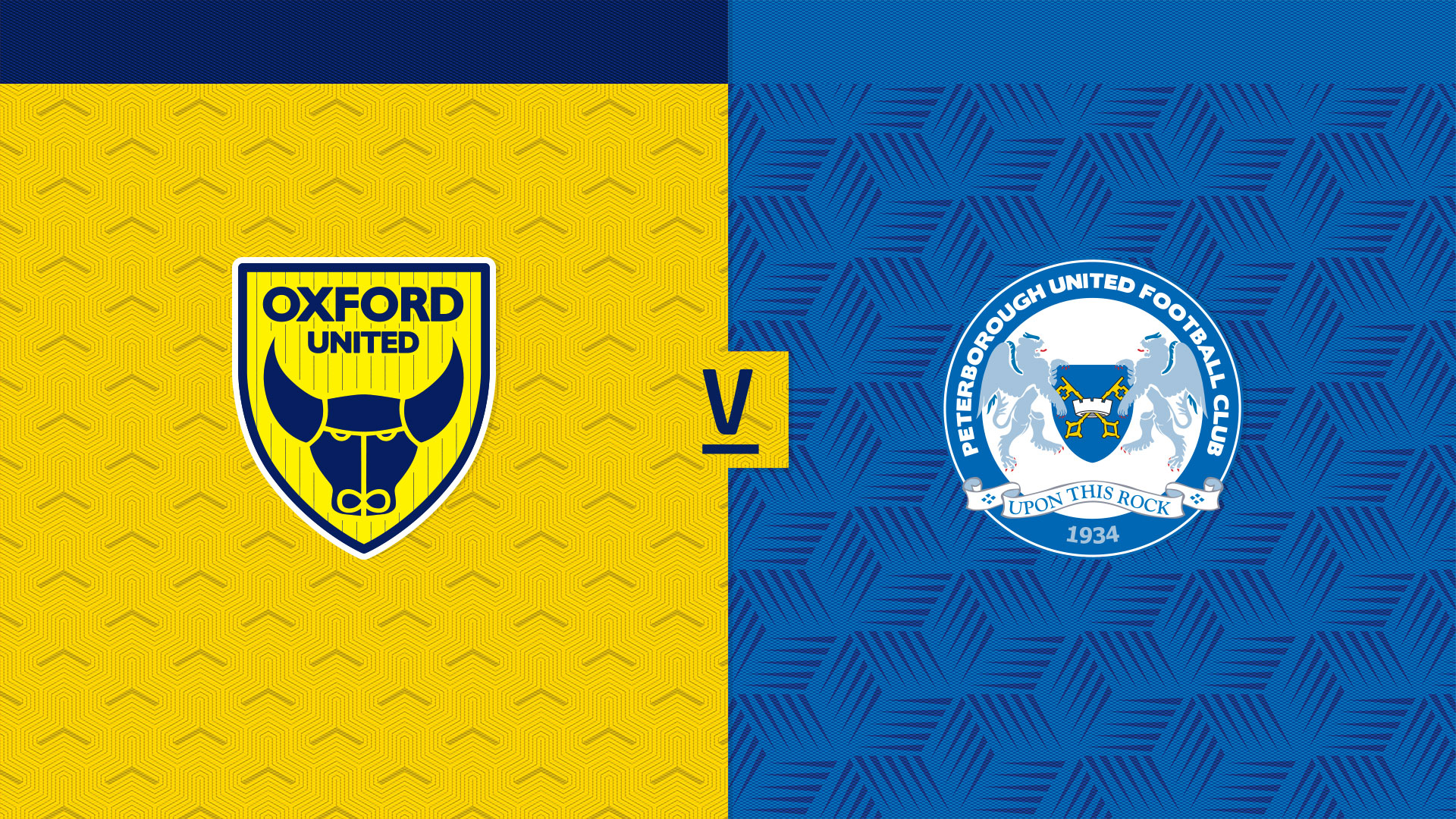 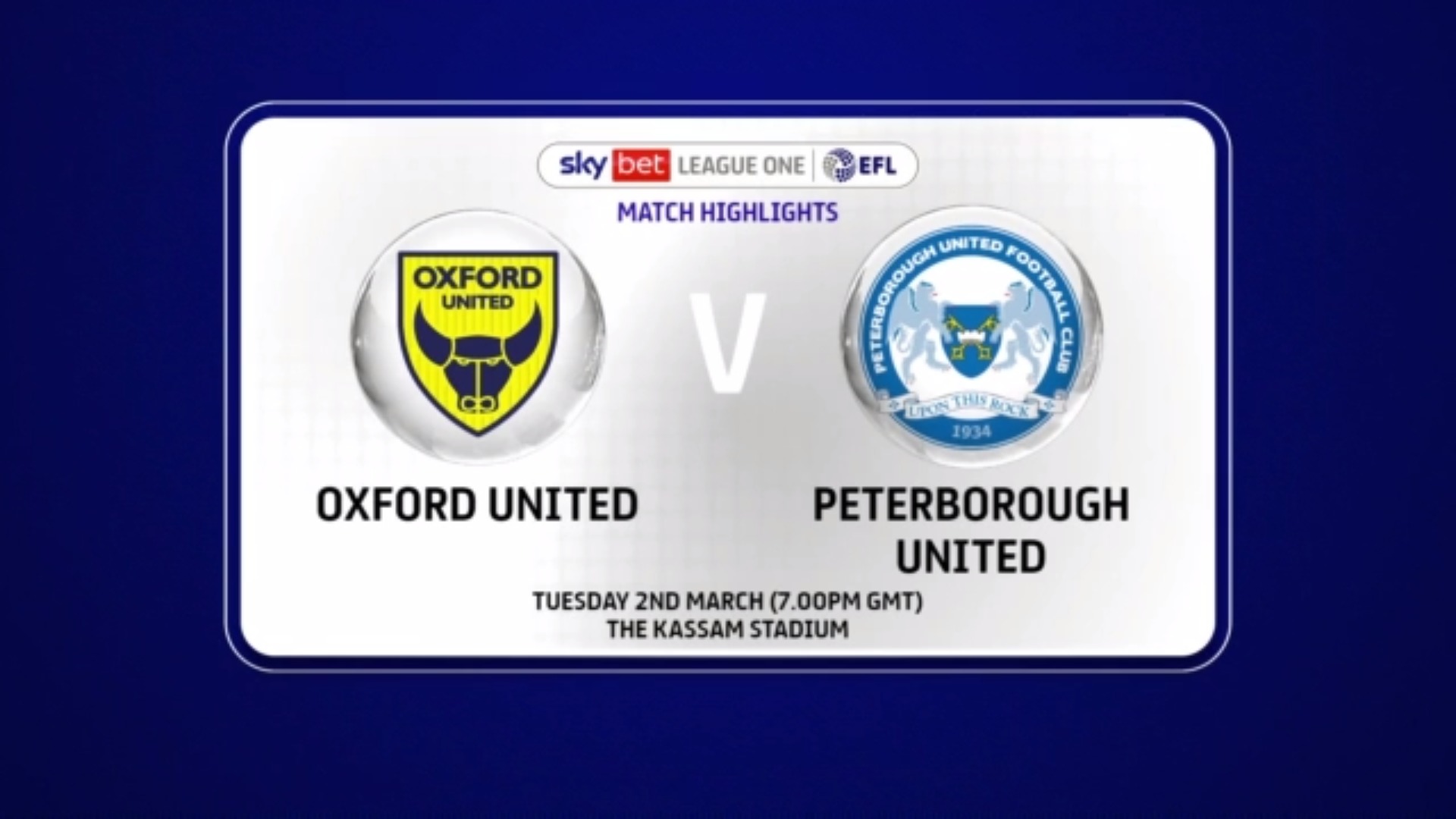 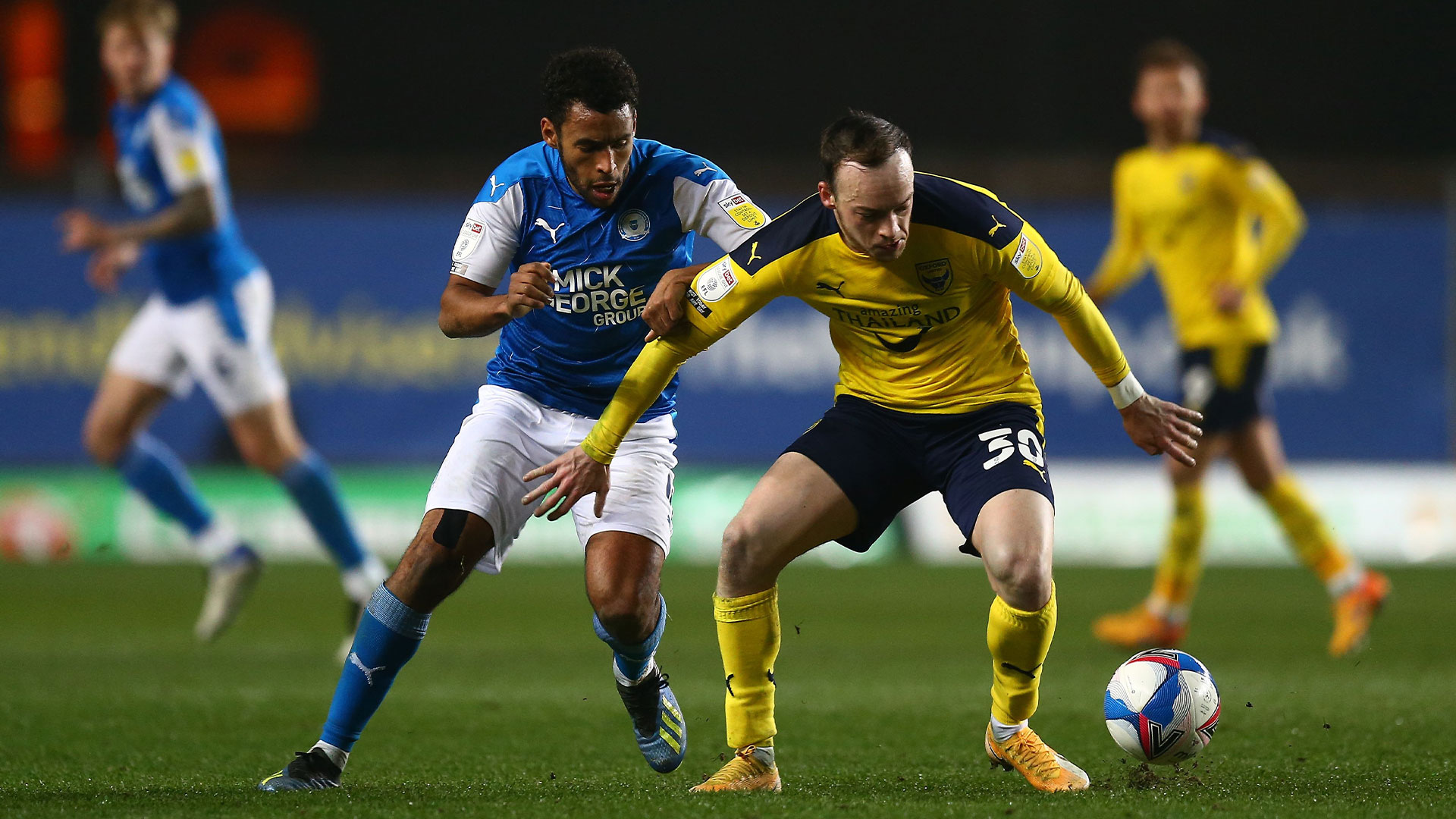