It is Papa John’s Trophy quarter-final action on Tuesday evening with a trip to Tranmere Rovers (7pm).

Posh go into the clash on the back of a 2-0 defeat at Shrewsbury Town while Keith Hill’s men are in great form, racking up four successive victories in all competitions. They strengthened their squad on transfer deadline day with several new arrivals including former England front man David Nugent.

Posh are without the services of young defender Ronnie Edwards who is expected to be out for up to eight weeks with a thigh problem. Jack Taylor was forced off before the interval at the Montgomery Waters Meadow on Saturday and won’t feature, although he should be fit for the weekend clash with Crewe Alexandra.

Ferguson has confirmed he will freshen his side up with several changes expected, Flynn Clarke and Mo Eisa are set to start, while Harrison Burrows, Louis Reed and Ricky-Jade Jones are also pushing for a starting berth.

Tranmere are expected to make a few changes to their starting line-up, but wholesale changes are not on the agenda for a side that are in good form. Former Posh winger Danny Lloyd is set to feature while James Vaughan is in fine form in attack.

“Whenever you travel to Tranmere it is going to be a difficult game and they are in good form with four wins from four. They made a good appointment in Keith Hill and when you look at their squad, they have a lot of quality both in attack and experience at the back. They have made some good acquisitions in the window too. I will make changes to the side, but it will still be a strong 18 that is on duty and we will do all we can to get through the tie on what we expect to be a difficult surface,” Darren Ferguson said.

“It is a great challenge for us and the players to represent the Football Club and the fans and get to the semi-final of the Papa John’s Trophy. Peterborough have ambitions to get promoted from League One, they have done it before under Darren Ferguson, and we know that they have a squad that is capable.

“On any given matchday, we have an equal opportunity to be successful, so we are going into this game to try and win, but we know that they are a very good side attacking wise,” Tranmere boss Keith Hill said.

Tonight, commentary will be provided from the home club rather than in recent weeks where we have provided ifollow commentators. Match passes are available priced at £10 and can be purchased here:

Posh knocked out of the Papa John’s Trophy after 2-1 defeat at Tranmere Rovers.

Peterborough United were beaten 2-1 by Sky Bet League Two side Tranmere Rovers in the quarter-finals of the Papa John’s Trophy with a late Jonson Clarke-Harris penalty not enough to force a penalty shoot-out.

Darren Ferguson’s men were close to an opener in bizarre circumstances on four minutes as a back-pass rolled over the foot of goalkeeper Joe Murphy and onto the inside of the post, Ricky-Jade Jones flicked it back towards goal, but the keeper got back to scramble the ball to safety.

Posh were not happy moments later as an Eisa shot appeared to strike the hand of a Tranmere defender before it drifted wide for a corner kick. Prior to that, Nathan Thompson saw a goalbound shot blocked by Sid Nelson.

Jones had a great chance to find the breakthrough on 19 minutes, but he took a heavy touch after Mo Eisa had closed down a clearance and the keeper smothered his effort. Nya Kirby flashed a shot wide of the upright on 21 minutes for the home side as they took advantage while Flynn Clarke was on the floor following a heavy collision.

The hosts opened the scoring on 37 minutes as Danny LLOYD fired a free-kick through the wall and into the back of the net. Hamilton fired over from 25-yards at the other end after Clarke had poked the ball into his path.

Posh made a triple change at the break with Mark Beevers, Sammie Szmodics and Joe Ward replacing Thompson, Clarke and Kanu. Pym made a fine stop with his legs to keep out a crisp drive from Morris on 53 minutes as the hosts came close to doubling the lead from a tight angle.

Murphy was called upon to make a decent stop to push a curling effort from Szmodics to safety on 62 minutes as Posh prepared to make a fourth change. Ward tested Murphy with a low effort with his right-foot moments later as Ferguson’s men started to put some pressure on.

Posh made a double change, their final substitutions, just before the 70 minute mark with Jonson Clarke-Harris and Reece Brown replacing Burrows and Reed. Posh were a whisker away from levelling the scores as a Szmodics cross was diverted onto a post by a defender with Murphy pouncing on the loose ball.

The hosts went straight down the other end and netted the second as Khan’s delicious cross was headed home at the back post by an un-marked LEWIS. Clarke-Harris fired a free-kick over the top after Eisa was felled. Eisa was felled again moments later, this time in the box by Khan with CLARKE-HARRIS converting the spot-kick.

Ward saw a late shot blocked as Pym came up for a corner, but it was not to be as Tranmere held on for a spot in the semi-finals of the competition. 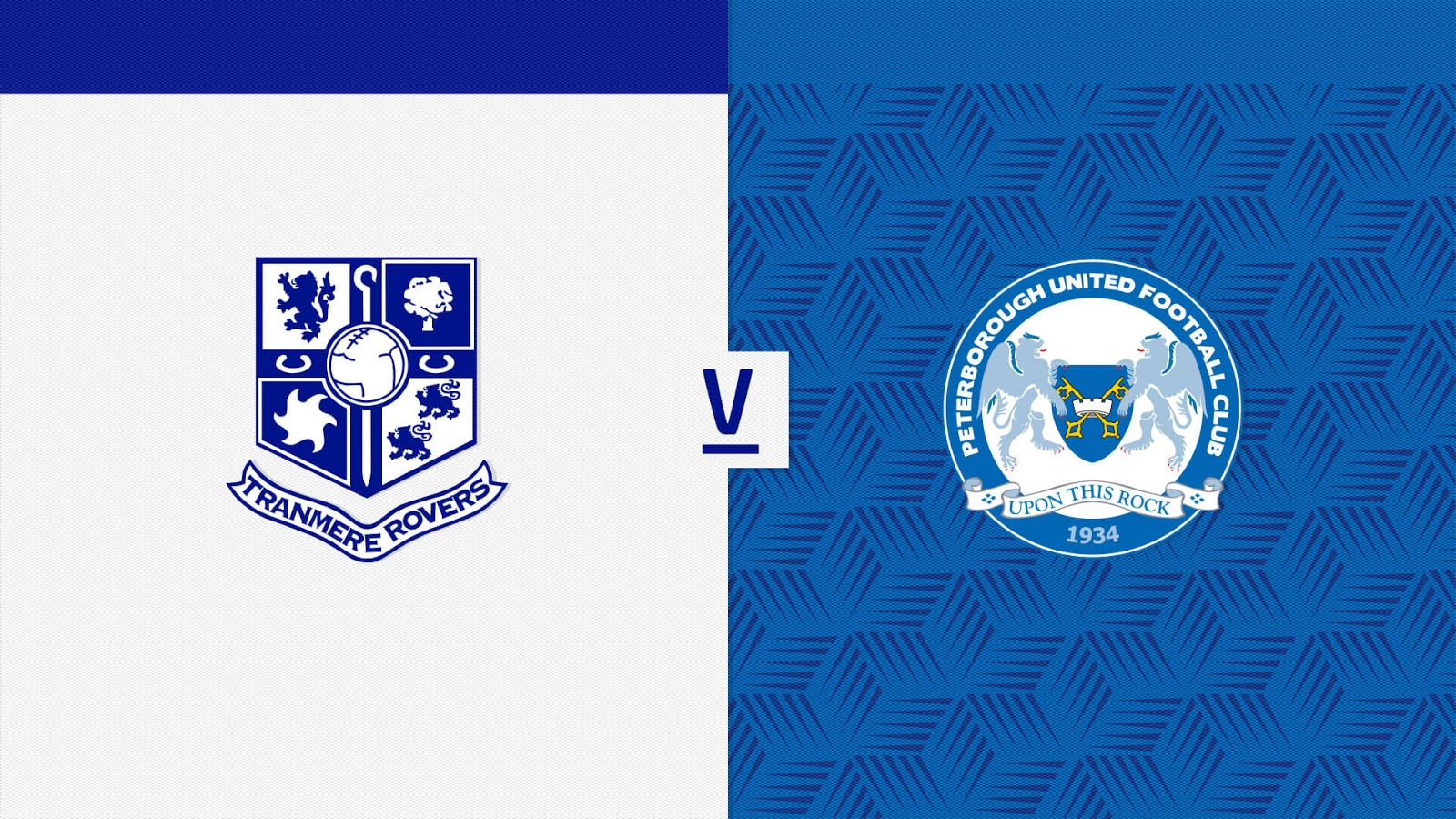 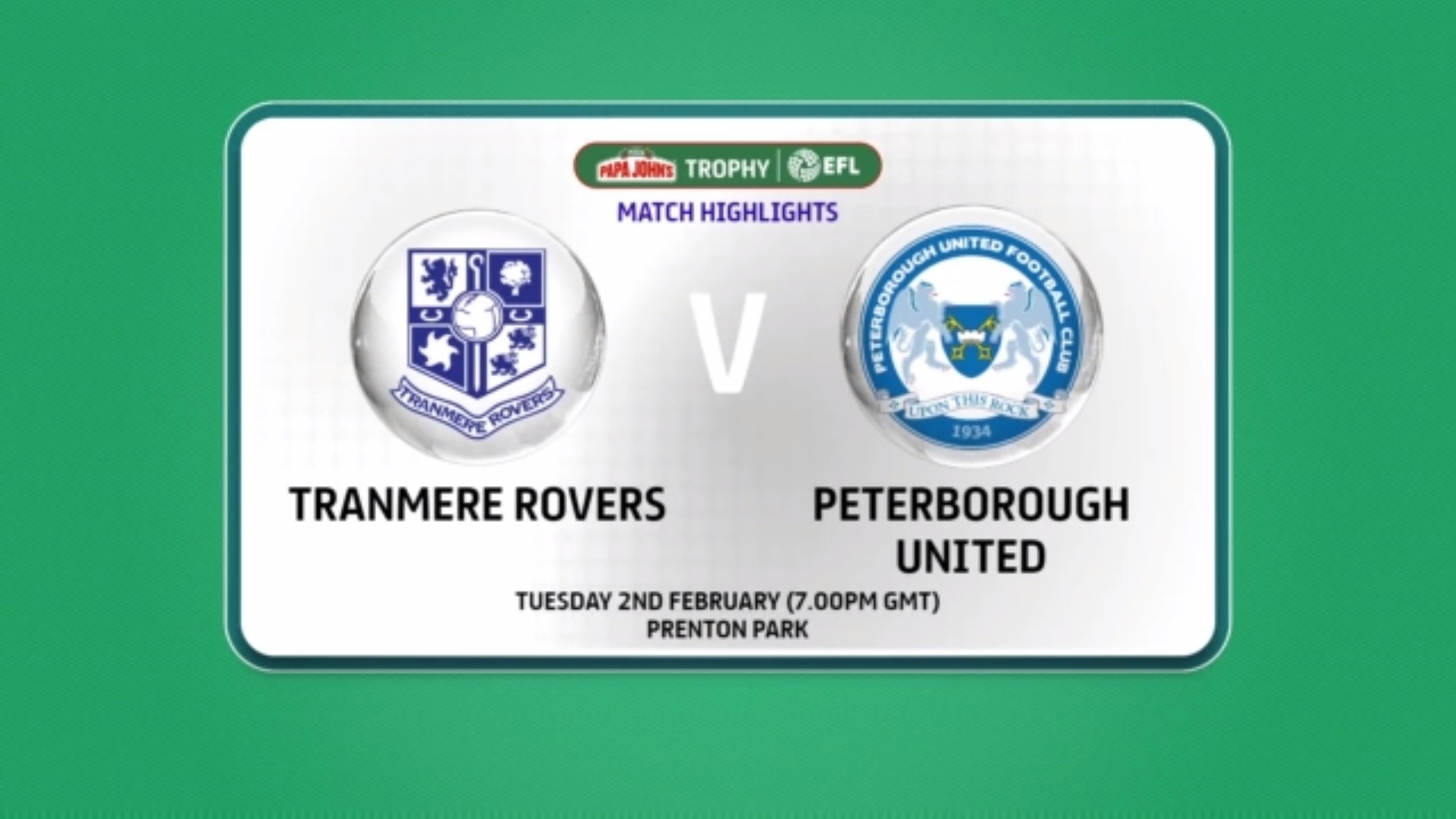 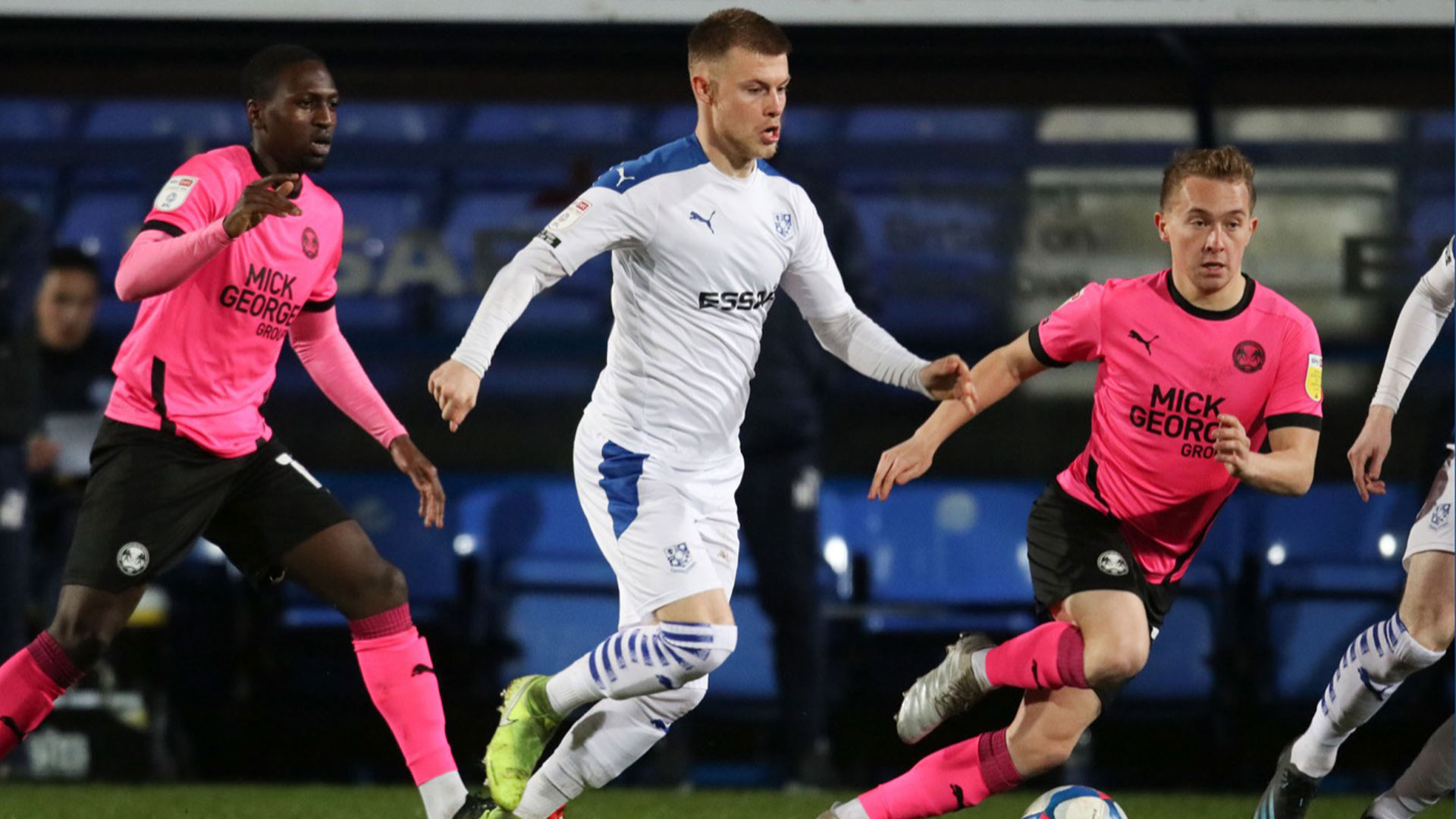