Goals from Sammie Szmodics and Jonson Clarke-Harris secured the three points against the Railwaymen and Posh will be going in search of a 2021 double against the Tractor Boys after a 1-0 success at Portman Road last month thanks to an own goal.

Since that defeat, Paul Lambert’s men have chalked up two wins from three including Saturday’s 2-0 success over Blackpool, which was secured thanks to goals from Alan Judge and Luke Woolfenden either side of the interval.

Posh received good news regarding the fitness of central defender Frankie Kent, who was forced off in the second half of the win over Crewe. He underwent a scan on Monday and it revealed no damage, so he is set to continue at the heart of the Posh back-line. No other injuries have been reported, so it is just Ronnie Edwards (thigh) currently on the sidelines.

Town are without the services of front man Kayden Jackson, who is still suspended following his red card against Sunderland. Lambert is getting key men back fit with new additions bringing a freshness to their squad.

“I don’t think the game at Portman Road will have any bearing on Tuesday night’s fixture, in fact I would expect it to be far more open than that particular meeting. Ipswich have had some decent results of late, I watched them against Crewe and they were very good and they got a good win on Saturday so they will be confident coming here, but we have a good home record and the lads are in a good place. Frankie hasn’t done any damage to his hamstring, we got it scanned and it was fine, so it might have just been fatigue,” Darren Ferguson said.

iFollow match passes are available for the game priced at £10. You can purchase a pass here:

Goals from Jonson Clarke-Harris and Joe Ward secure a superb 2-1 victory for Posh at a snowy Weston Homes Stadium.

Peterborough United chalked up yet another victory at home as Ipswich Town were beaten 2-1 thanks to goals from Jonson Clarke-Harris and Joe Ward as the Posh players delivered the perfect 49th birthday present for manager Darren Ferguson.

The visitors found the breakthrough inside the opening five minutes as striker James NORWOOD fired into the back of the net at the near post as Posh struggled to clear. Flynn Downes was cautioned for a bad tackle on Dan Butler on 13 minutes and on a second viewing, he was perhaps lucky to stay on the pitch as he appeared to dive in on the full-back.

Mo Eisa was denied by a combination of goalkeeper Holy and a defender on 21 minutes after a long clearance forward by Pym was flicked on by Clarke-Harris. Holy plucked out a fierce drive from Eisa out of the air on 27 minutes after the striker found a bit of space on the angle.

Eisa cracked a shot over the top on 36 minutes after linking well with Butler as Posh switched the play quickly from one side of the pitch to the other. Posh drew themselves level moments later as a delightful cross from Butler was headed home by CLARKE-HARRIS.

Town made a change at the break with former Posh winger Gwion Edwards introduced for the injured Norwood. Eisa tested Holy moments after the re-start with the keeper doing well to push the ball to safety. On 49 minutes, Posh got their noses in front and what a goal it was, Joe WARD lifting a free-kick over the wall and into the back of the net after Clarke-Harris had been felled 25-yards from goal.

Paul Lambert made a second change on 68 minutes with Alan Judge replaced by Preston North End loanee Josh Harrop. Szmodics was denied by Holy on 69 minutes after escaping a vain offside appeal by the visitors. Darren Ferguson made a triple change on 74 minutes with Idris Kanu, Ethan Hamilton and Ricky-Jade Jones introduced.

Posh should have had a penalty on 75 minutes as Szmodics shot hit the arms of an Ipswich defender, but the referee Ben Tozer waved away the protests. Szmodics then tested Holy again with his left-foot, the keeper beating the ball away to safety.

Troy Parrott was superbly denied by Christy Pym from point blank range on 88 minutes as Town pressed for an undeserved equaliser. 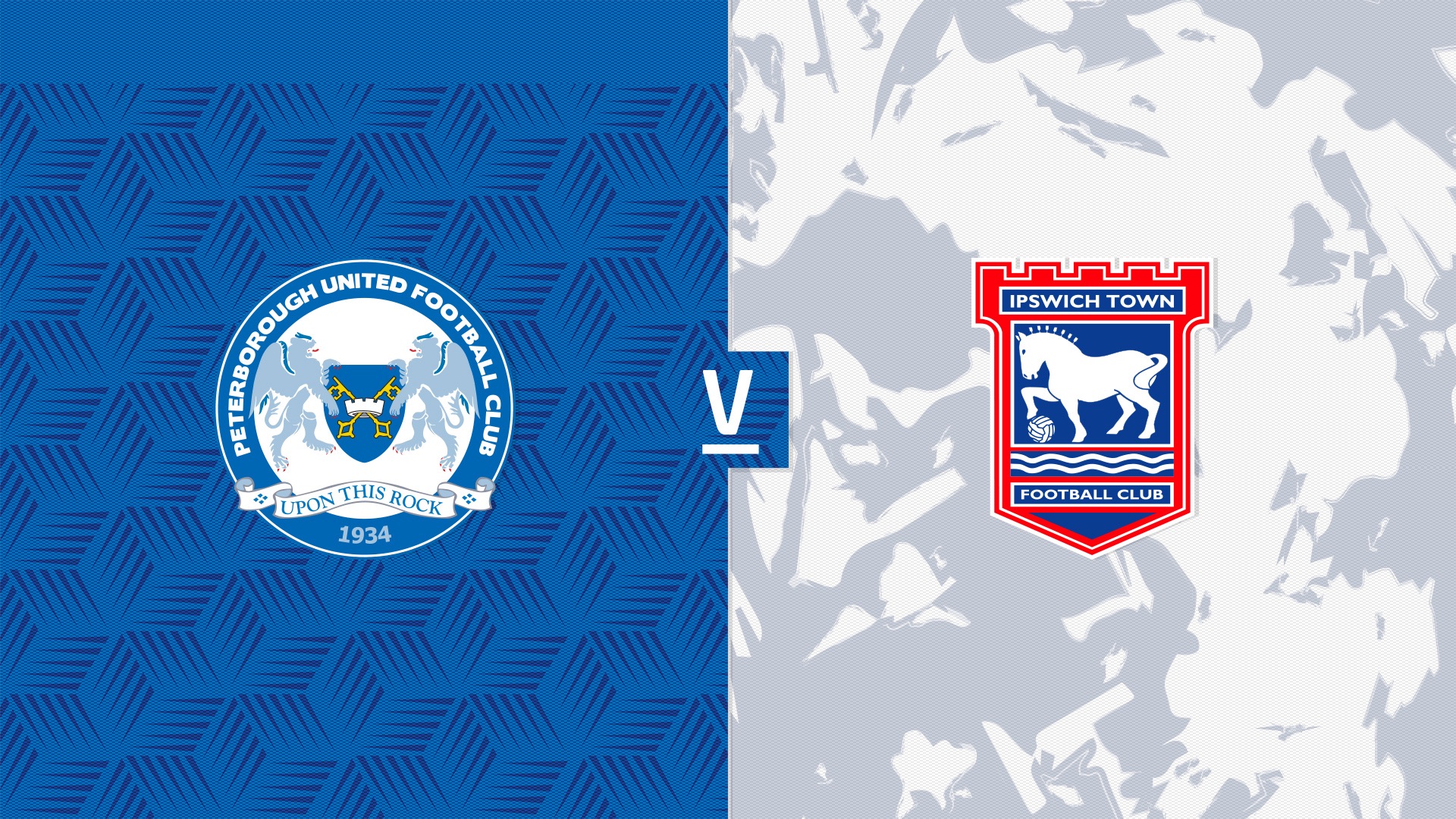 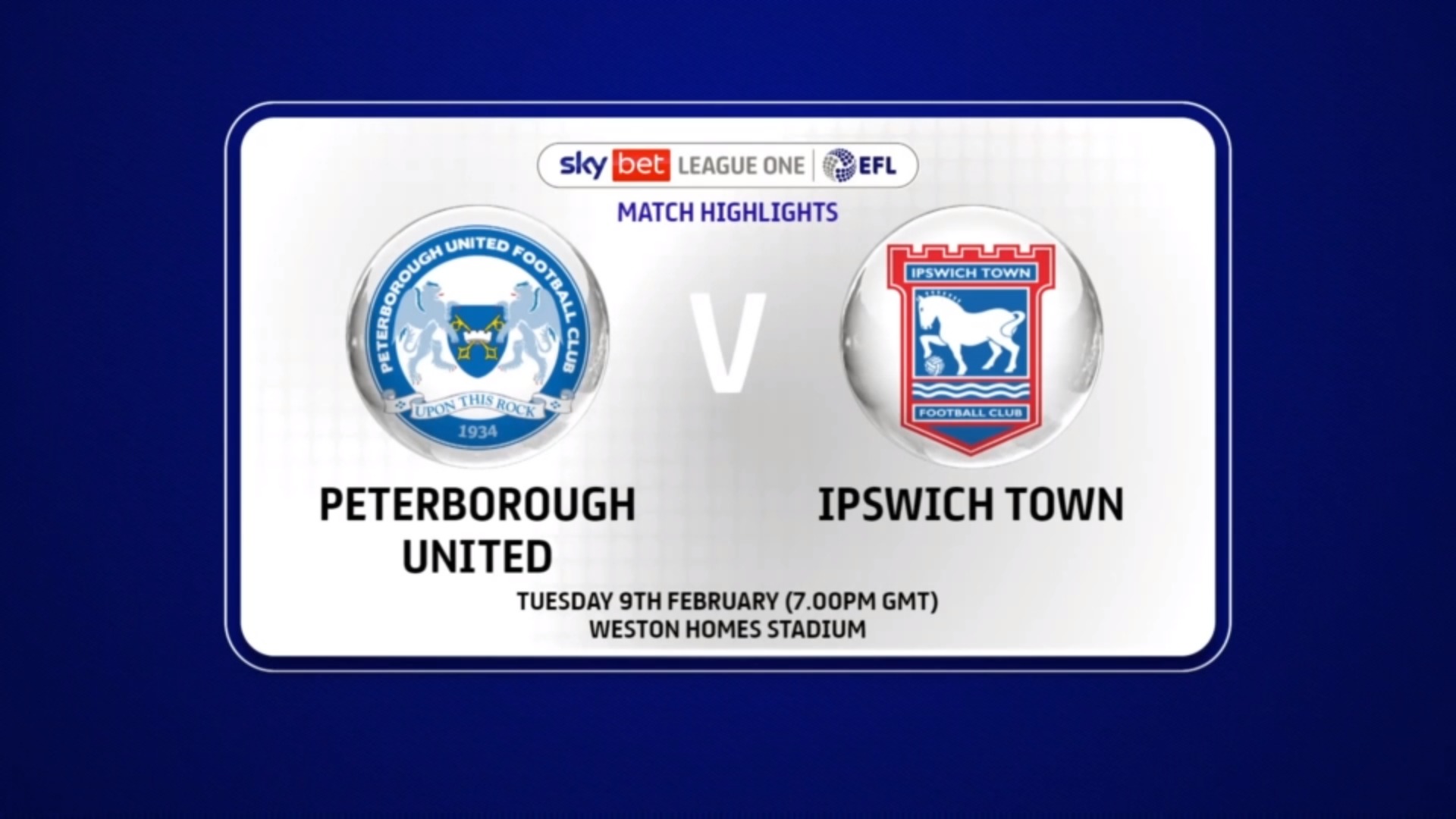 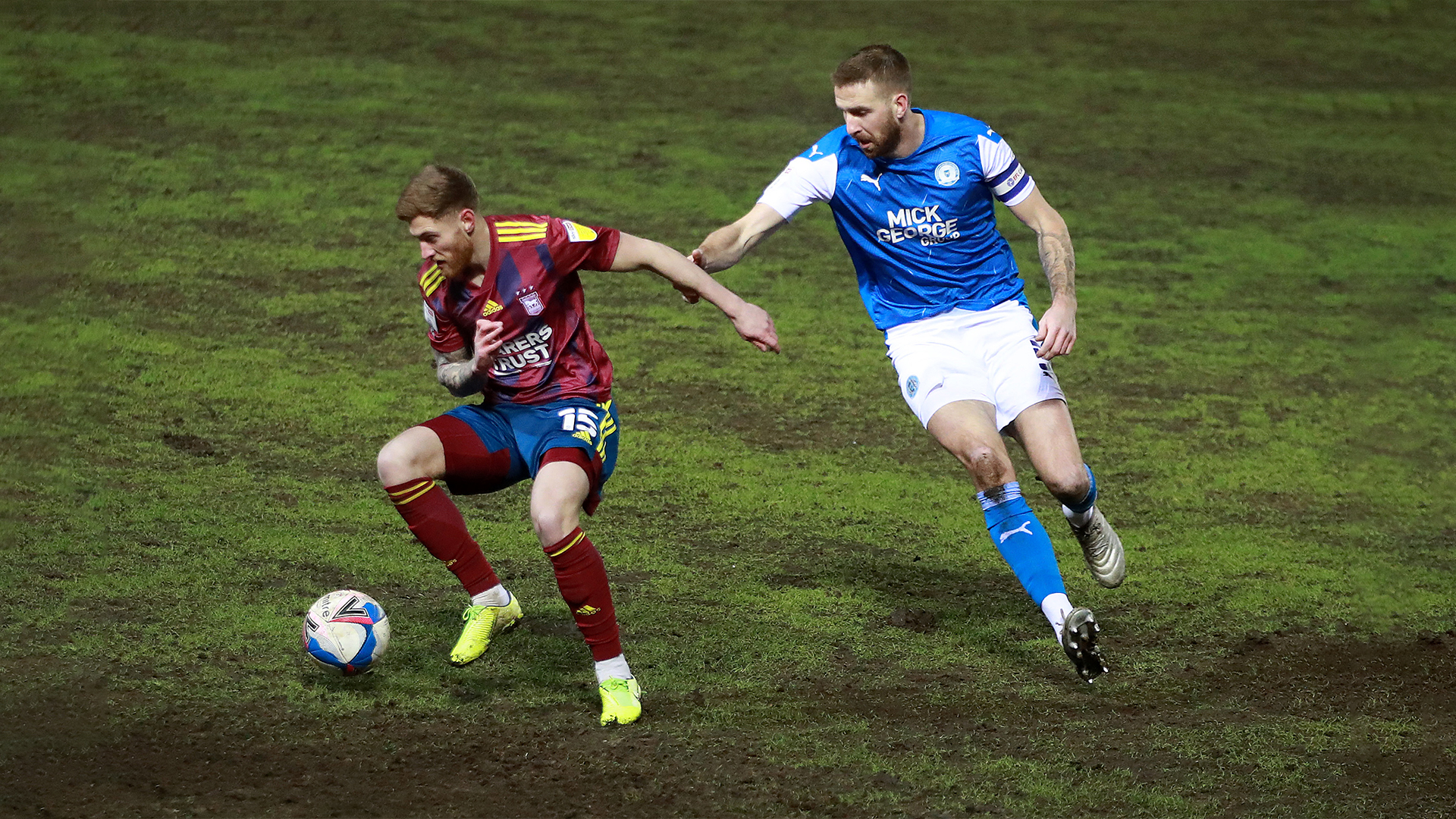