Posh were 1-0 winners at Charlton Athletic on Saturday with Jonson Clarke-Harris netting his 31st goal in all competitions and his 29th in the league to secure the success, which coupled with Lincoln City’s defeat to Hull City and just a point for Sunderland, gives Posh an opening to secure the season objective with two games to spare.

Midfielder Reece Brown could return to the squad after missing the win at Charlton with a slight hamstring issue. He is due to train on Monday and will be assessed at that point. Christy Pym (muscle injury) is on the treatment table, but defender Ronnie Edwards came through 45 minutes in the youth team at the weekend.

The latest round of Covid-19 testing was completed on Monday morning with all tests coming back negative. Doncaster were beaten 1-0 at home by Fleetwood on Saturday and will be looking to bounce back in the first of two games with Posh in the remaining three league fixtures.

“Andy Butler was a player for me at Doncaster when we won promotion and he will no doubt go on and be a successful manager. Sometimes you learn more during the tough times as a manager. They have a lot of good players and players coming back from injury so it will be a tough game for us. We know we have to perform, we need to start well, like we did on Saturday, and put in a really big performance to get the three points,” Darren Ferguson said.

“I spoke to the players after the game and told them they needed to recover properly and focus on Tuesday. If you think the season is over then you’re mistaken because we’ve got four very tough games. You’ve got two teams fighting for promotion and one of them is virtually there. And you’ve got one fighting to stave off relegation.

“If you think your holidays are already here, you’re mistaken. These games are tough and they’re tougher than the ones you’ve already played. Peterborough are on a fantastic role but we have to go there now and try to finish the season on a positive note,” Andy Butler said.

You can purchase an iFollow match pass for £10 right now by clicking here:

Posh were forced to settle for a point from battle with Doncaster Rovers at the Weston Homes Stadium.

Peterborough United know that a point on Saturday against Lincoln City will secure automatic promotion after Doncaster fought back from 2-0 down to earn a share of the spoils at the Weston Homes Stadium on Tuesday evening.

Posh opened the scoring on nine minutes and it was a superb move down the right hand side, Thompson and Szmodics involved and then an incisive pass into the feet of WARD, he shifted the ball onto his left-foot and drilled a perfect strike into the corner.

Moments later, Beevers was superbly placed to clear off the line after a header from Butler from a corner kick as the visitors nearly levelled within a minute. Clarke-Harris saw a fizzing free-kick from 25-yards well held by Jones as Posh tried to find a second goal on 12 minutes.

Some unbelievable wing play from Dembele saw him beat two players and pull the ball back for Clarke-Harris on 14 minutes, but Anderson somehow diverted his shot over the top. Ward had a good chance to double the lead on 19 minutes after an excellent reverse pass from Clarke-Harris, but he rifled his shot wide of the near post.

Posh doubled the lead on 23 minutes and it was another cracking Posh move, which began with Taylor pressing from midfield, he exchanges passes with Clarke-Harris and squares for SZMODICS who slides the ball into the back of the net from six-yards.

Szmodics dribbled a shot wide of the target on the half hour mark as Posh tried to find a third goal. Butler produced a fine block to deny Lokilo on 36 minutes after Ward gave the ball away in a dangerous position.

The visitors pulled a goal back on 37 minutes as OKENABIRHIE drilled a low shot into the bottom corner from the edge of the penalty area. Reed tested Jones from range as Posh tried to get themselves back in control after a nervy few minutes.

Smith was cautioned for a foul on Ward in first half stoppage time. On the stroke of half-time, Ward cracked a free-kick against the crossbar before the referee blew for half-time. The visitors made a change at the break with Taylor Richards replacing Josh Sims.

Dan Butler was cautioned within a minute of the second half for a foul by referee Mr Oldham. Lokilo followed him into the book for a dive as things got a little heated. Substitute Richards fired across goal on 51 minutes as the visitors broke at pace as they tried to get back on level terms.

Ward struck the bar again on 56 minutes as he lashed a shot goalwards, keeper Jones may have got fingertips to it to tip into the woodwork. The visitors levelled the scores just before the break as substitute RICHARDS fired home from close-range after a break down the right.

The visitors made a second change just after the hour mark with John-Jules on for Bogle. Bursik produced a fine stop with his legs to deny Jules on 65 minutes as Doncaster came close to making it 3-2.

At the other end, Szmodics curled a shot over the crossbar after the ball ran away from Clarke-Harris after good work from Dembele. Posh had appeals for a spot-kick turned down as the players screamed for handball from a Butler shot but the referee pointed for a corner.

On 82 minutes, Ward saw a free-kick beaten away by Jones as the keeper continued to thwart Posh. Dembele dragged a shot wide after superb work from Szmodics on 86 minutes. Kent was cautioned on 89 minutes for a foul. 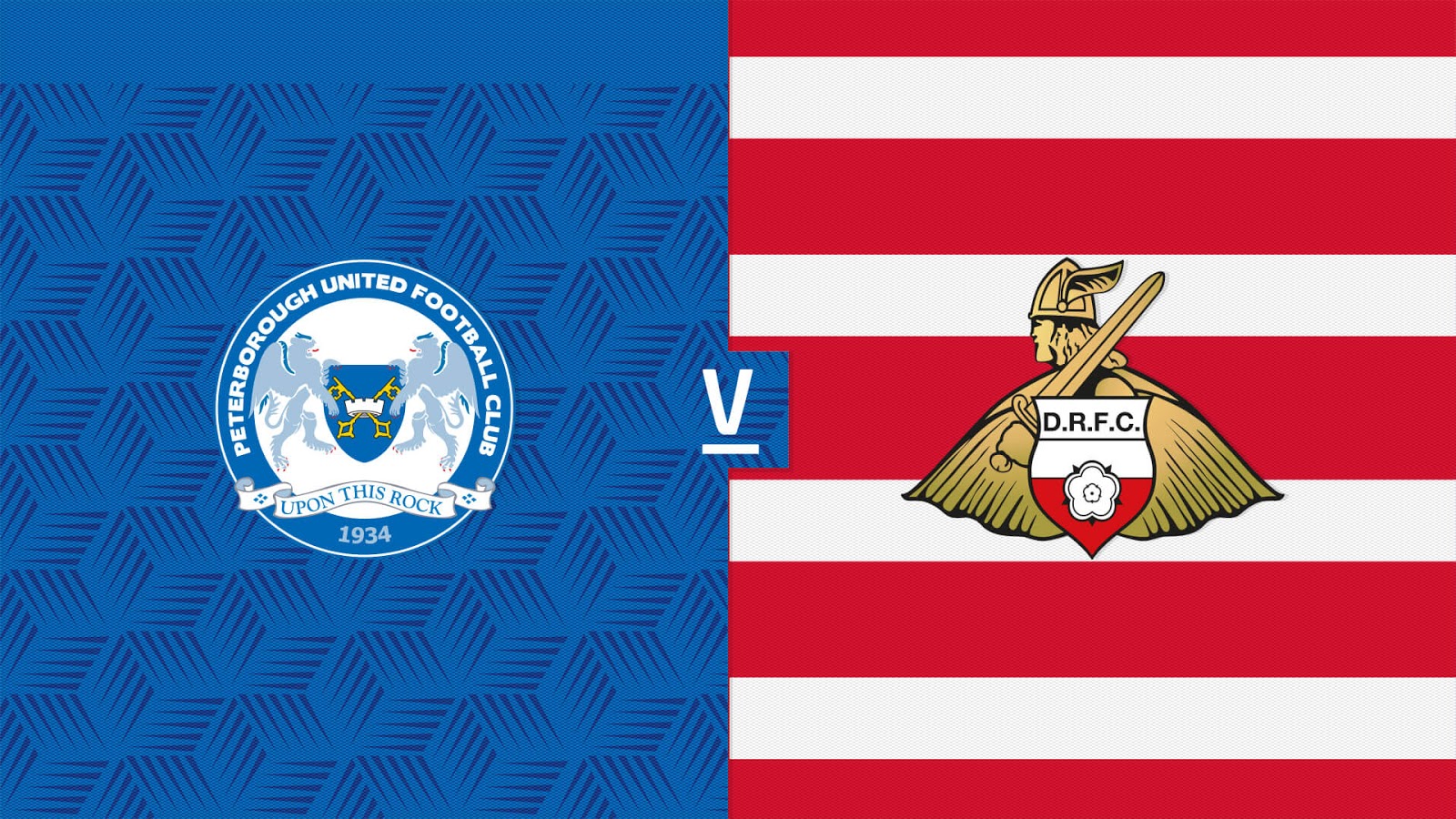 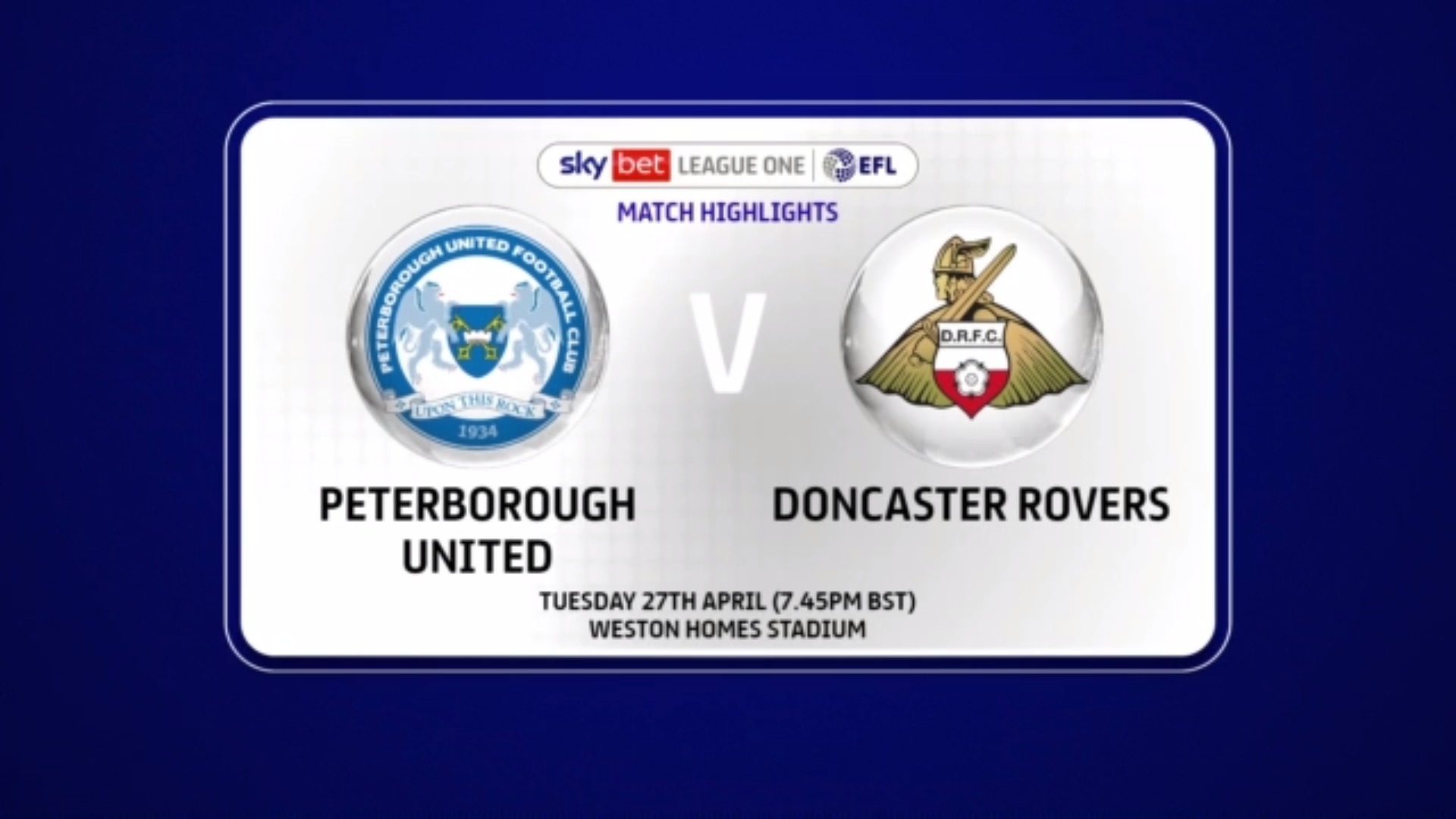 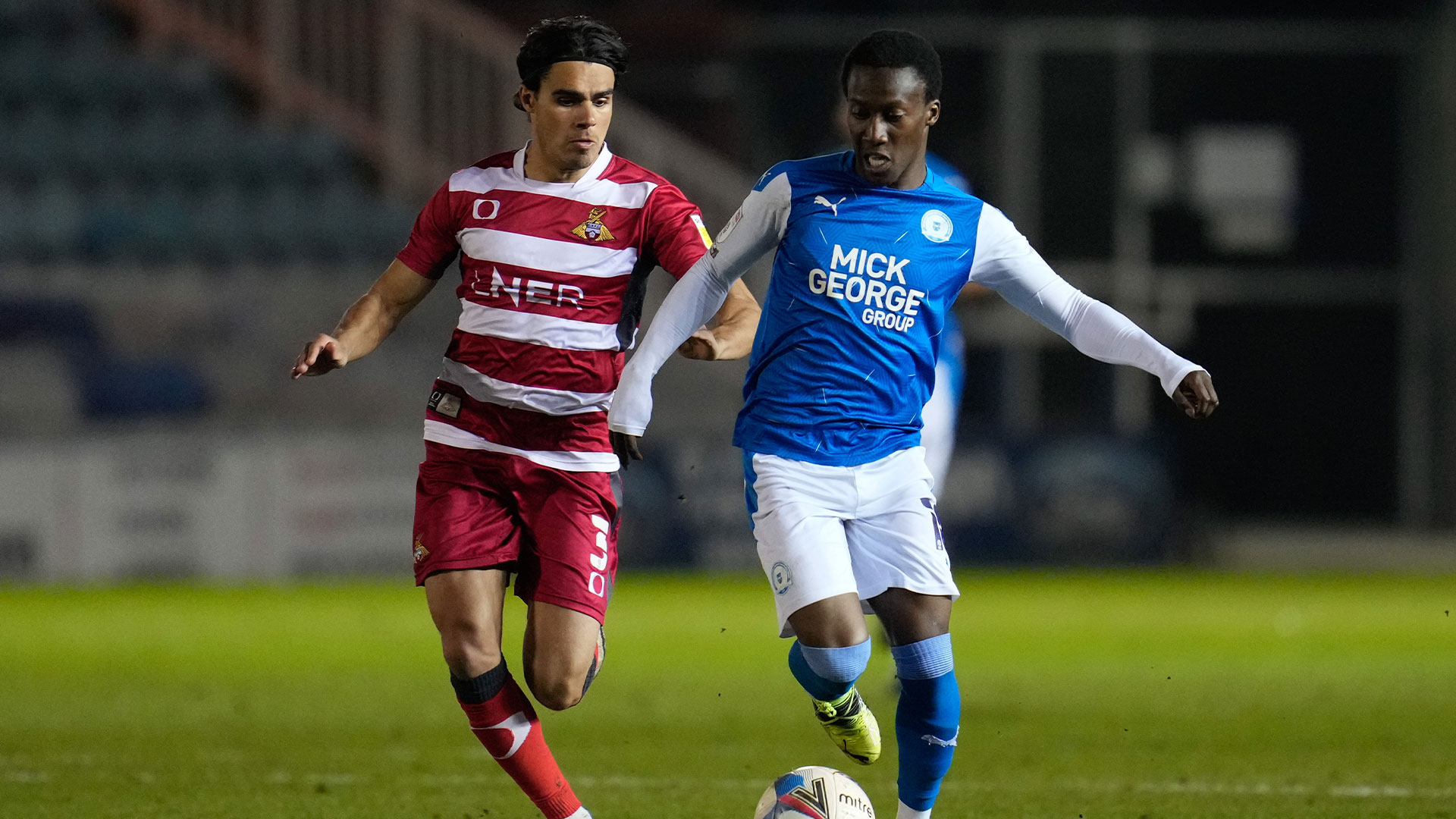